A 911 caller reported flames and sparks coming from the car before the crash. 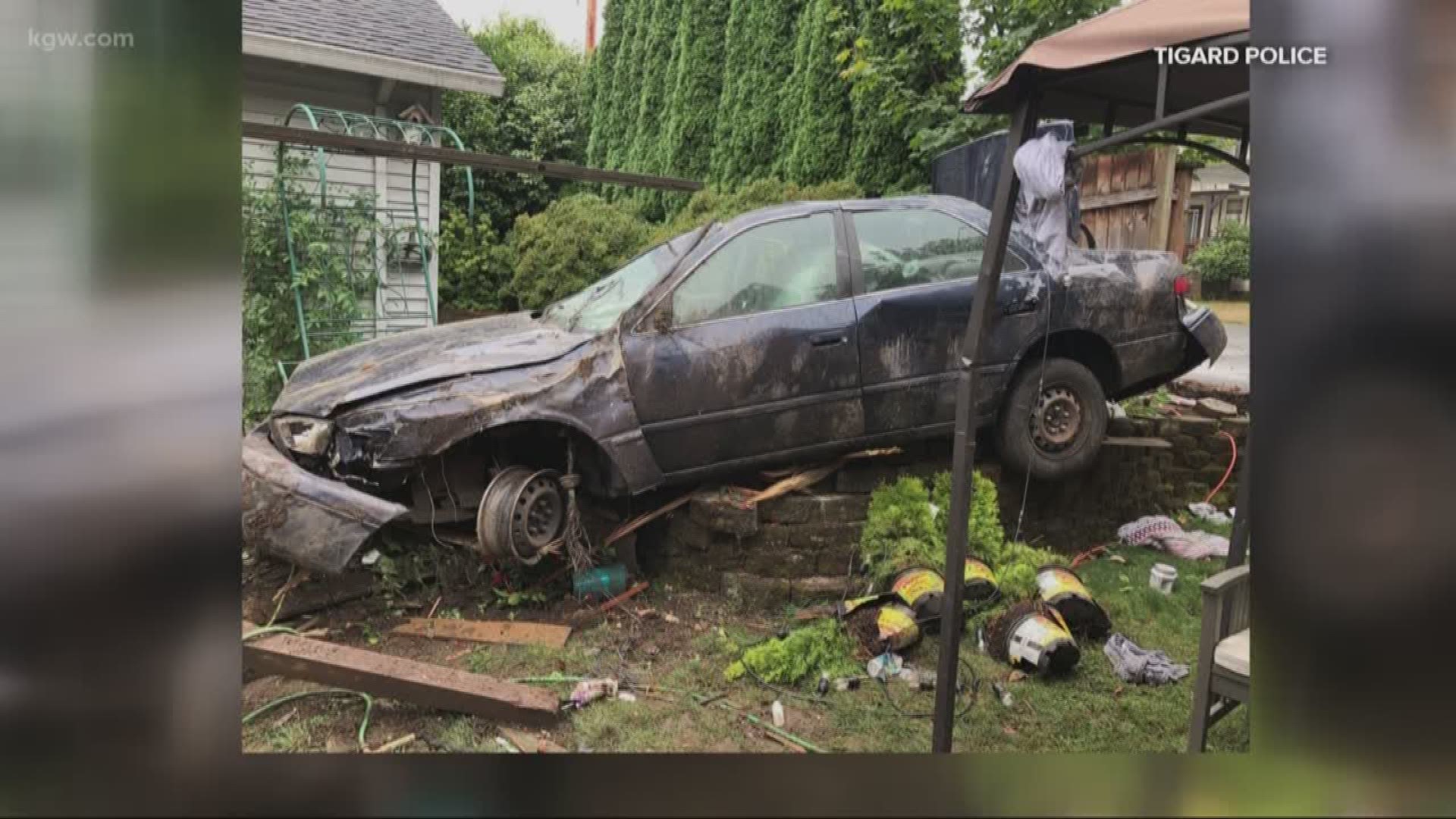 TIGARD, Ore. — Neighbors in Tigard awoke early Friday morning to the sounds of a three-wheeled car crashing through fences and hitting two homes.

The driver was injured but no one else was hurt.

"It was 3:40 in the morning," said Philip Gorgiev, whose house was hit in the crash. "Of course we were sleeping. This horrible noise happened."

Tigard police said the driver, who was under the influence, fled the scene after a leaving a "path of destruction."

Officers found a bloodied Davina Lyn Vongsaravanh about two blocks from the crash scene. She fought with police before she was eventually detained and taken to a hospital.

“I thought it was the fireplace, there's a gas line there and thought that's what exploded because it sounds like it. The whole house shook,” said Gorgiev.

Tigard police said a 911 caller reported that sparks and flames were coming from the vehicle before the crash on Merilyn Court.

“Thankfully we don't have any structural damage because the engineer was here and checked everything and the structure is sound and that's good,” said Gorgiev.

Vongsaravanh, 33, is charged with DUII, possession of meth, hit and run and three counts of criminal mischief. Additional charges may be added, police said.