Deputies found the crashed vehicle, a white Ford F350, on its roof about 300 feet down a steep hillside. 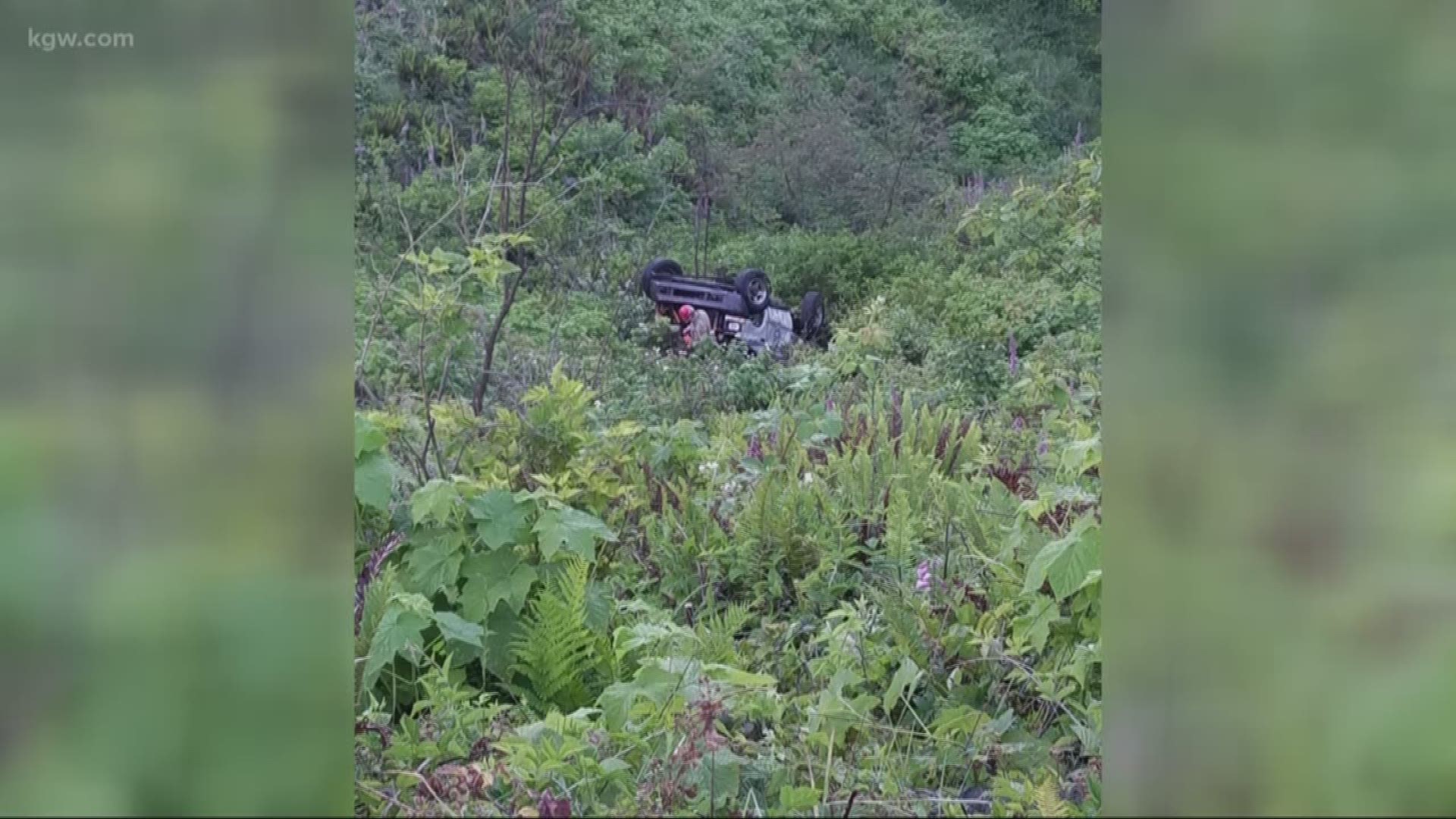 LINCOLN COUNTY, Oregon — A Toledo man kidnapped two people and crashed a pickup truck down a hillside in Lincoln County, leaving one of the kidnapped passengers dead, according to deputies.

The crash was reported at 2:51 a.m. Saturday by one of the passengers, 22-year-old Brendon Thomas. Deputies found Thomas on 1000 Line Road, a gravel mountainous road that connects the Toledo area to the forested coastal range.

Thomas and the other passenger, 25-year-old Nikolas Yost, were not “willing passengers,” the Lincoln County Sheriff’s Office said.

It appears the driver was eastbound when he drove off the road while coming around a curve, according to the sheriff's office. The vehicle, a white Ford F350, was found on its roof about 300 feet down the steep hillside.

After climbing down to the pickup truck, deputies found Yost was partially ejected and dead.

Deputies then began searching for the driver, later identified as 30-year-old Robert Bauman. He was found in brush, a short distance from where the pickup left the road. Bauman was taken into custody with the help of a K-9. Deputies said he showed signs of impairment.

Bauman and Thomas were taken to a hospital. Thomas suffered a serious injury but was later released. Bauman was medically cleared and taken to the Lincoln County Jail.