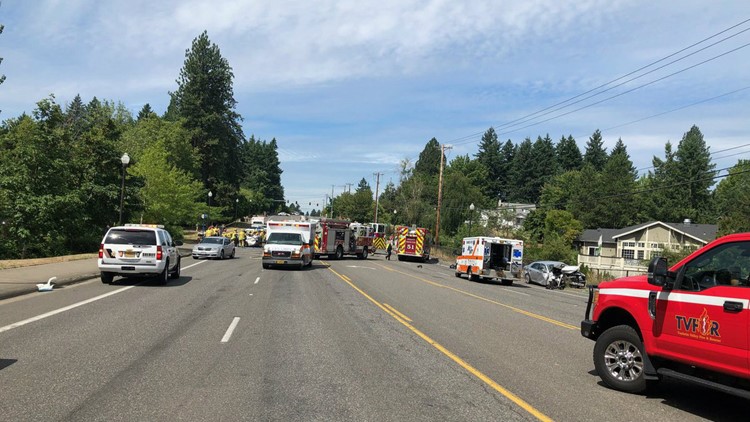 ALOHA, Ore. — A driver who deputies say was racing crashed into another vehicle, killing one person and injuring another.

The crash occurred around 11 a.m. on Southwest Farmington Road, at the intersection of 153rd Avenue.

Maldonado-Hernandez was driving a 2012 Chrysler 300 and racing another driver in a 2005 Subaru Impreza on Farmington Road, according to the Washington County Sheriff's Office.

Maldonado-Hernandez was eastbound on Farmington Road when another driver, in a 2013 Ford Fusion, began turning onto Farmington Road from Southwest 153rd Avenue and the two vehicles collided, deputies said.

The crash left the driver of the Ford Fusion, Patrick Ator, with serious injuries. Ator's wife, Janace, was a passenger in the Fusion. She was pronounced dead at the scene.

Maldonado-Hernandez was taken to the hospital with minor injuries. After receiving medical care, he will be booked into the Washington County Jail.

The driver of the Subaru continued eastbound but was stopped by Beaverton police near Highway 217.

Anyone with information related to the crash is asked to call the sheriff's office at 503-629-0111.