‘Assaults will not be tolerated’: Multnomah County DA responds to video of man beaten in downtown Portland

A video shows a group of people kicking, punching and pushing to the ground a man in the street. 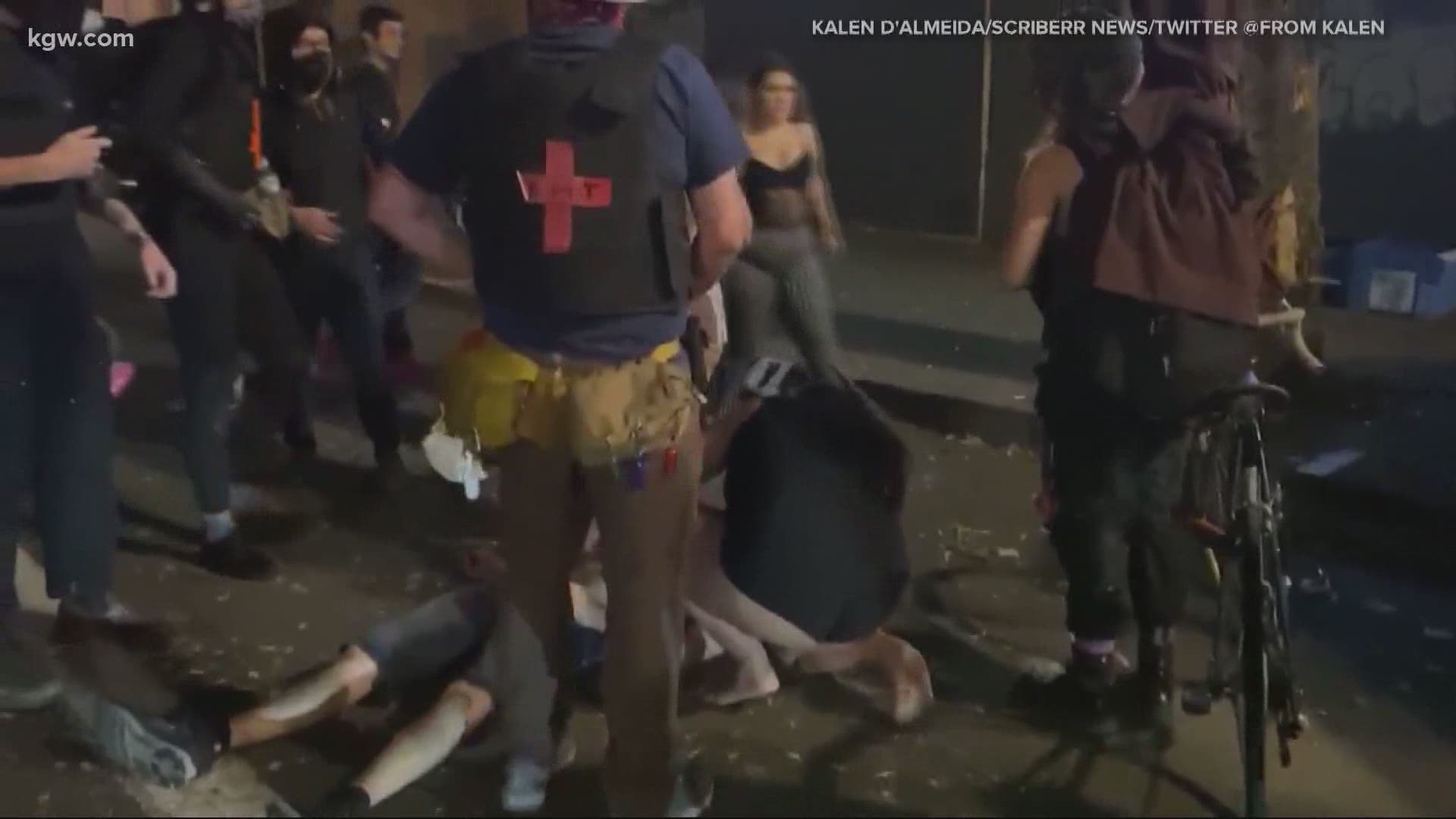 PORTLAND, Ore. — A video seen hundreds of thousands of times on social media showing a man being assaulted in downtown Portland Sunday night has caught the attention of the police chief and the county's top prosecutor.

Portland police said they responded at 10:27 p.m. to a report that a truck crashed at Southwest Broadway Avenue and Taylor Street and that the driver was being assaulted by a group of people who had been chasing the truck before it crashed. The driver was taken to the hospital with serious injuries. He is recovering and expected to survive.

A video, which contains graphic violence and language, shows a group of people kicking, punching and pushing to the ground a man in the street near where the truck crashed into a light pole. The video shows a person kicking the man in the face while he's sitting on the ground, apparently knocking him unconscious.

It's not clear what happened before the crash. Another video shows an earlier incident, where a woman is tackled to the ground outside the same truck. The video then shows the truck pulling into the intersection and speeding down the street to where it crashed. One independent journalist reported that witnesses said the driver of the truck was "driving erratically and may have been attempting to hit protesters."

On Monday, police said they learned the man may have been trying to help a transgender woman who had things stolen from her in the area of Southwest Taylor Street and 4th Avenue, near where the attack occurred. Investigators have not yet identified or contacted the woman, but they want to speak with her.

In a statement Monday, Multnomah County District Attorney Mike Schmidt said what he saw in the video is wrong and illegal.

“Assaults will not be tolerated in our community,” Schmidt said.

“I condemn this violence,” he said. “Assaults on community members and police officers undermine everything our community is doing to bring meaningful and lasting change to the criminal justice system and beyond.”

Schmidt said his office is working with police to investigate. Anyone with information about the case is asked to call Portland Police Bureau Detective Brent Christensen at 503-823-2087.

Portland is entering its 12th consecutive week of protests following the killing of George Floyd.