James J. Barquet is accused of killing Carol L. Horner under the Morrison Bridge and Brian E. Hansen on the Burnside Bridge earlier this week. 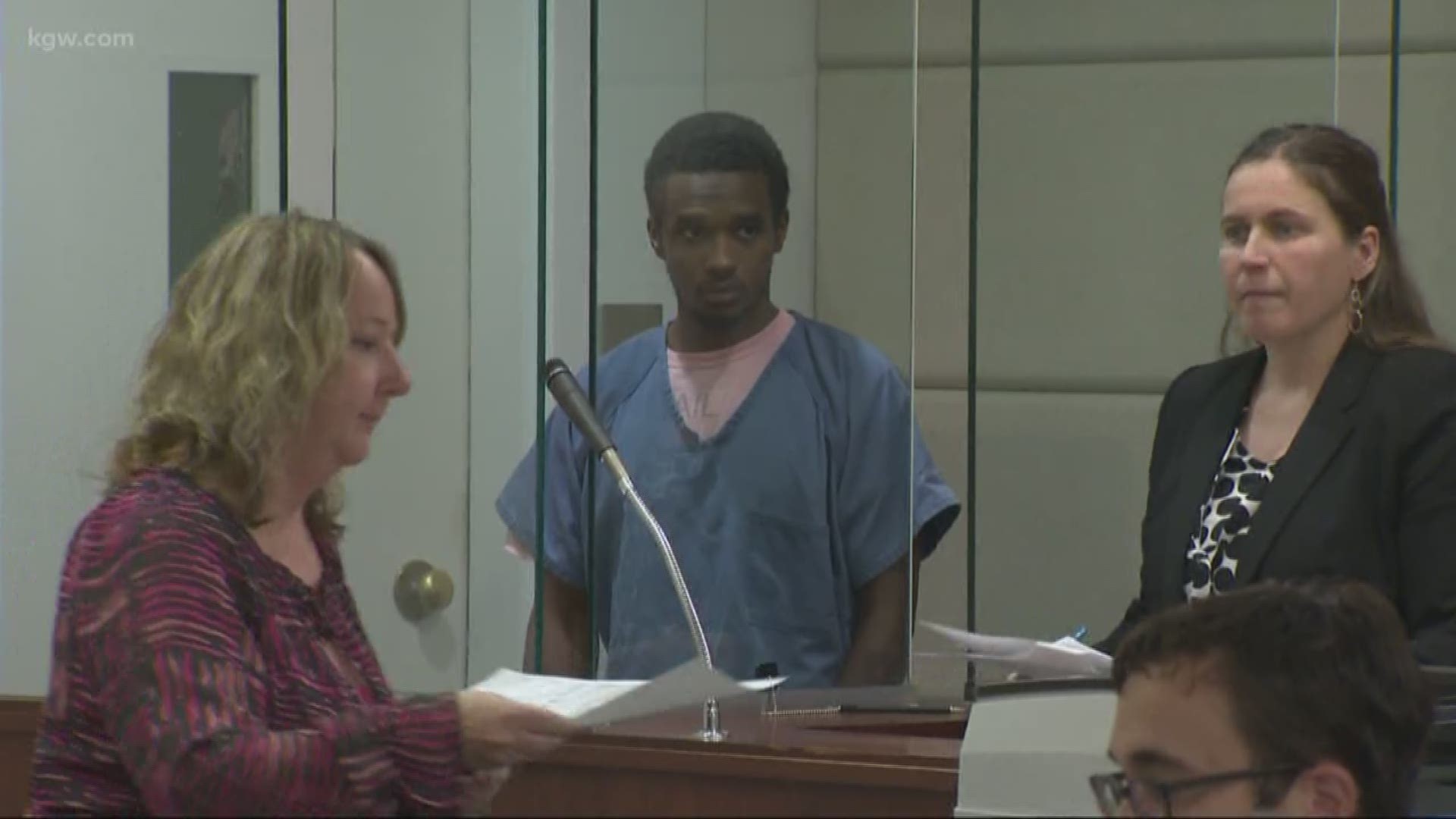 James J. Barquet, 26, is charged with two counts of aggravated murder with a firearm, robbery with a firearm and being a felon in possession of a firearm. His court-appointed attorney entered a plea of not guilty on his behalf, according to court documents.

An employee called 911 to report that a man came to the station, brandished a firearm, demanded cigarettes, then fled, police said.

Surveillance video shows Hansen walking across the bridge followed by a person wearing a hooded coat pulling a wheeled suitcase and carrying a small bag. A flash was caught on film, then the suspect is seen running away toward downtown, according to an affidavit.

Barquet was arrested around 3:30 a.m. Tuesday at SW 3rd Avenue and Pine Street. During a pat-down officers seized a gun from his waistband matching bullet casings found at both crime scenes, police said.

Credit: Rollins, Michael
James J. Barquet, 26, has been accused of two counts of aggravated murder, which has a potential death penalty. He was also accused of first-degree robbery and four counts of felon in possession of a firearm. (KGW)

Autopsies confirmed both Hansen and Horner died from gunshot wounds.

Barquet is expected in court on Friday, November 30. If convicted of both murders, he could face the death penalty, police said.

According to court documents, Barquet has 11 felony and 4 misdemeanor convictions in the state of Washington. During the crimes this week, Barquet's probation officer in Washington said he was not aware his client was in Oregon.

Barquet was on probation for possession of a controlled substance.