Cyclist says he was shot by angry driver in SE Portland

Portland police are now looking for the shooter. 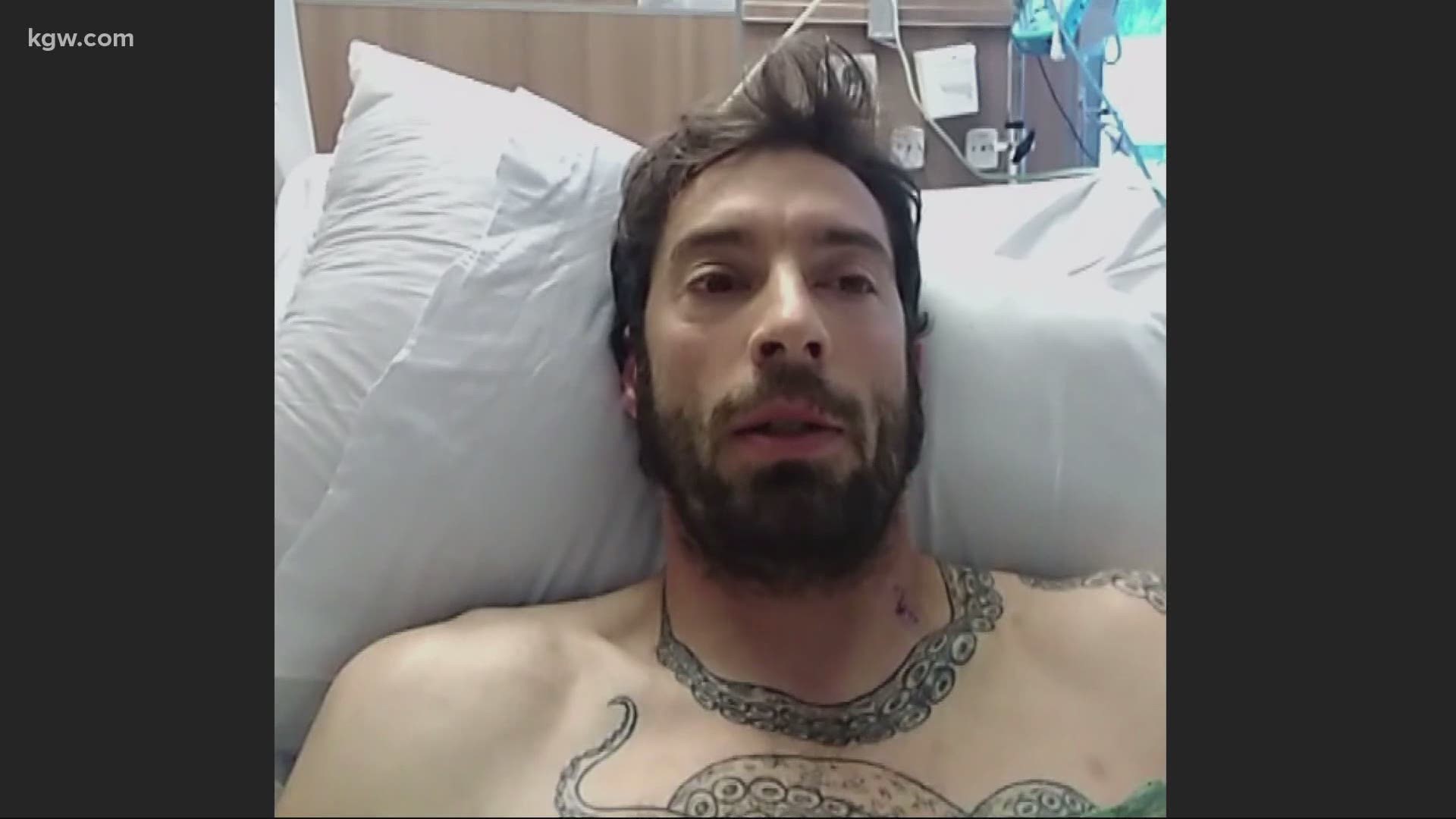 PORTLAND, Ore. — It all started when Michael Hilbrandt says he came across an SUV blocking the bike lane on East Burnside.

He was riding on Burnside near Southeast 12th in Portland Tuesday night.

As he was passing the SUV, Hilbrandt claims he tapped lightly on the window to make sure the driver knew he was there and didn't pull out and hit him.

It was moments later he heard screeching tires, and looked to see the SUV coming up right beside him. Hilbrandt says the driver slammed on his brakes, yelled that he was going to shoot him, then fired his gun.

"I heard the gunshot and my arm immediately went numb. It felt like a baseball bat hit me full swing," recounted Hilbrandt from his hospital bed.

As Hilbrandt sat in the street covering the wound with his hand, he screamed for help. He says people from nearby apartments rushed out to help.

Portland police are still looking for the shooter, and are not releasing any information about him, or a possible motive.

Hilbrandt has a message for the driver, "Was it worth it? You potentially destroyed a lot of my life. I'm an avid cyclist, an avid climber, I do search and rescue and help people. There's a chance I might lose my forearm".

Hilbrandt has since been released from the hospital. His friends have started a Gofundme to raise money to help with his medical bills.