Experts warn people not to click on links in emails or text messages from phone numbers they don't recognize. 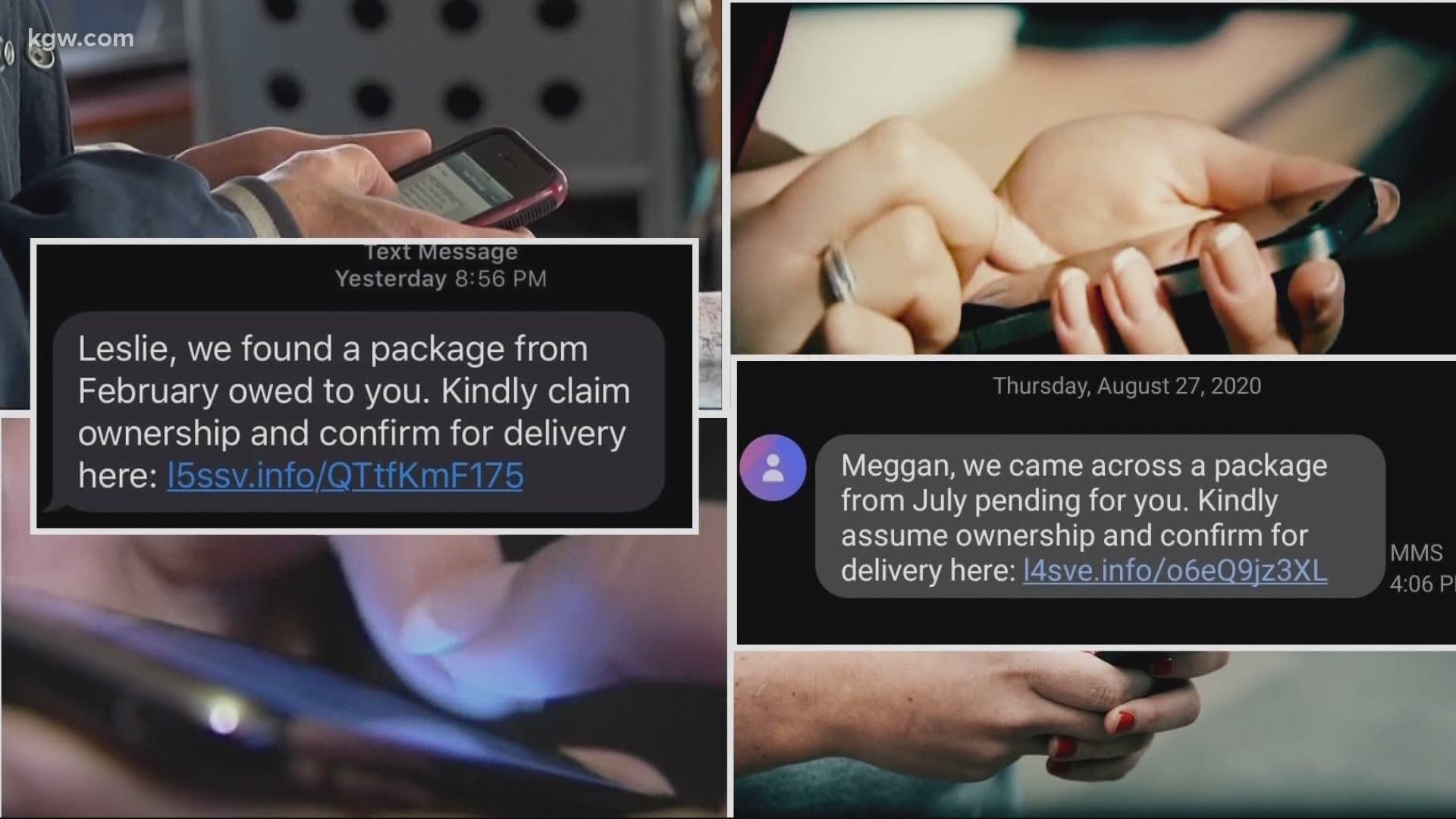 PORTLAND, Ore. — Be extra careful with text messages from unfamiliar phone numbers. Phishing scams via text are on the rise, according to cyber security experts.

Many text message scams address the recipient by name and entice them to click on a link promising information about a missing package they say belongs to them.

“We're all ordering a lot online these days because of the [COVID-19] isolation,” said Kerry Tomlinson with Archer News Network, which specializes in cyber security.

Tomlinson said this particular scam is timely. Another concern? She believes people are more likely to fall for scam messages sent to their phones, which they tend to trust more than personal computers.

“It's the excitement of the text message that may lead you to click on something that you really shouldn't click on,” said Tomlinson.

If you do click on a dangerous link, Tomlinson said it will most likely send you to a fake business page that looks real. One KGW viewer clicked on a link which took him to a fake FedEx page asking for his personal information.

“Right there, they got you,” said Tomlinson. “They have your username and your password.”

Tomlinson said it’s also possible that clicking on links attached to scam texts or emails will download malware onto your phone, allowing crooks to hack into your personal information.

“They're going to do it nice and quiet so you don't even know,” warned Tomlinson. “Then, boom. Someday in the future your bank account is drained or your email account is taken over.”

So, what do you do? Again, Tomlinson reiterated, don't click on any links from people you don’t know. Instead, she suggested people block the numbers, which are usually spoofs and only used one time.

“They'll keep trying to do that and you can keep blocking them,” said Tomlinson. “You can also report the text message to the Federal Trade Commission."

While it may be tempting to reply to scam texts with some choice words, Tomlinson said don’t.

“You just let them know there's a real person on the end,” said Tomlinson. “That means your phone number is even more valuable to crooks.”

The missing package scam is just one of many that crooks are sending via text. Another scam claims the recipient was recommended to them for a lucrative work-from-home job, and includes another dangerous link. Once again, Tomlinson urged people to avoid clicking on it.

As for the package scheme, chances are people who receive the text may actually be expecting a package. If there is any doubt about their packages' status, Tomlinson suggested reaching out to FedEX, UPS or any other business directly, and asking them to check on it for you.