The Mustang involved in the crash was recently purchased using $2,000 of counterfeit cash. 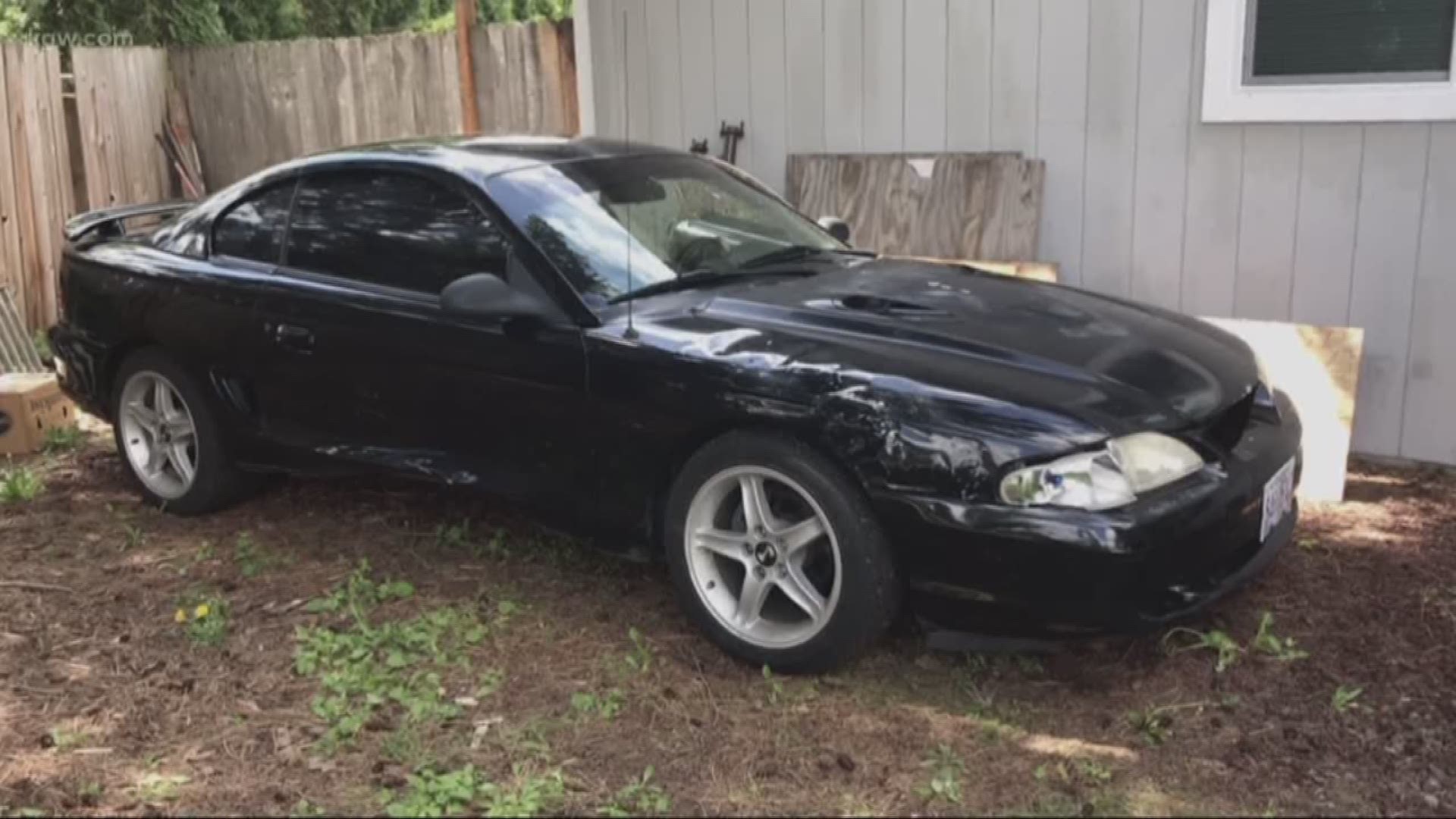 Portland police confirmed to KGW on Tuesday the Mustang involved in the crash was the Mustang sold by a Sandy couple in a story KGW first reported about on May 2. The couple said the buyer paid for the Mustang with $2,000 cash, which ended up being counterfeit.

The man who sold the vehicle, Darren Ward, said police called him Monday night to determine who bought the car. He said investigators told him the car was totaled.

Ward said he's concerned he's going to be liable for any impound fees or damages done by the car in the crash, since the vehicle's title is still in his name.

The crash has once again brought attention to the ongoing problem of street racing in Portland. Four people have died in Portland since 2015 in crashes involving street racing, police said.