Investigators argue the couple was getting by month-to-month financially and Nancy Crampton-Brophy stood to gain $1.5 million from her husband’s death. 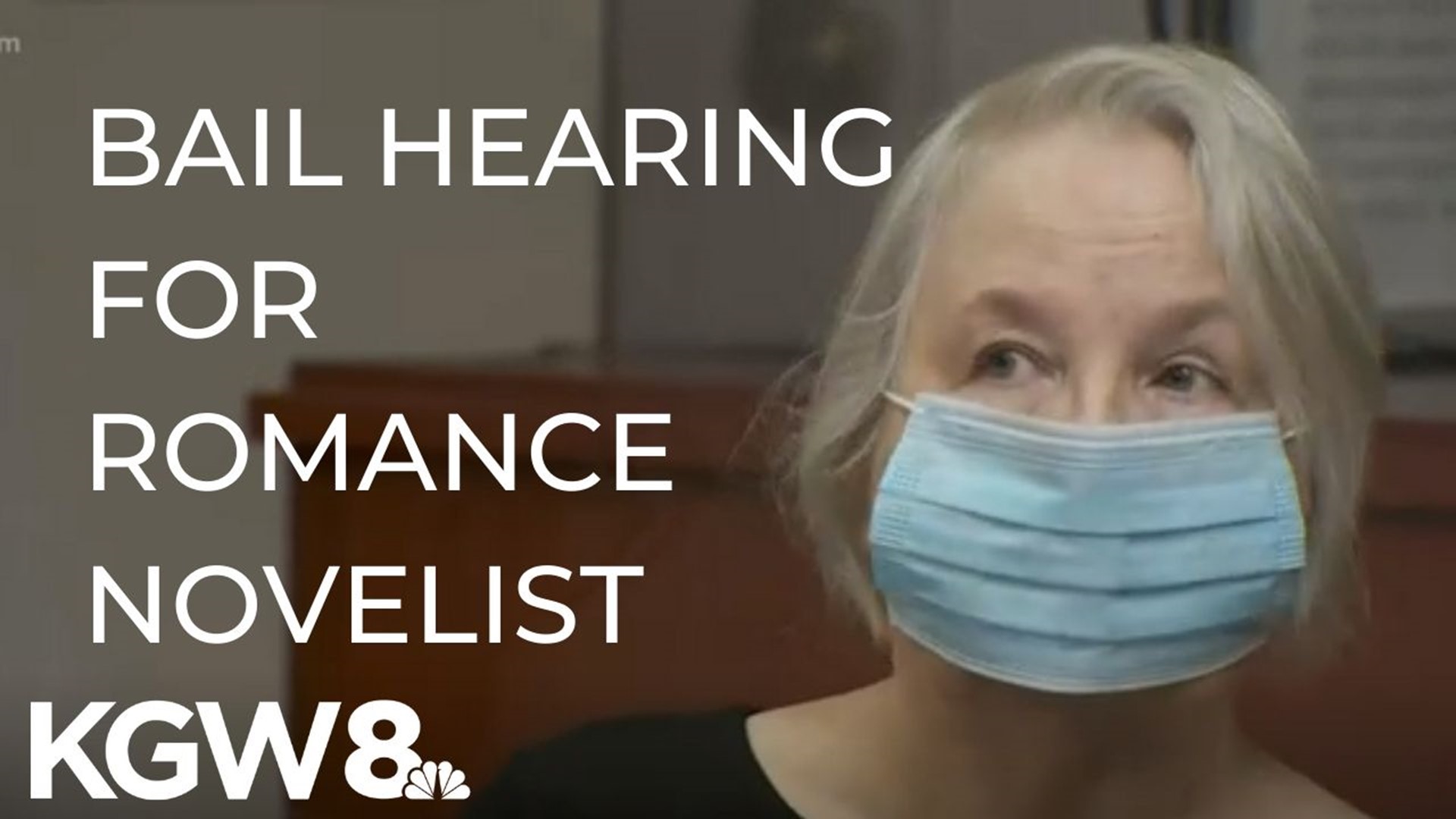 A bail hearing for 69-year-old Nancy Crampton-Brophy is scheduled for Tuesday morning. Her lawyers argue she should be moved out of jail and into home detention during the COVID-19 pandemic. They say she is “at risk of imminent death in jail” because she is in a high-risk category for serious complications from the coronavirus.

In his arguments for why she should remain in jail, Multnomah County District Attorney Rod Underhill provided details to the murder of Daniel Brophy and why authorities believe his wife killed him. Essentially, Underhill argues the couple was getting by month-to-month financially and Crampton-Brophy, who was seeking a more exciting life, stood to gain $1.5 million from her husband’s death.

On the morning of June 2, 2018, students found Daniel Brophy dead inside the Oregon Culinary Institute, located at 1701 SW Jefferson St.  just outside of downtown Portland. The medical examiner determined Brophy was shot twice. Two 9 mm shell casings were found at the scene. Investigators determined they were likely fired from a Glock.

Police said it appeared Brophy was having a routine morning and filling water and ice buckets when he was shot in the back. It’s believed that wound paralyzed Brophy and left him lying on his back. He was shot a second time in the chest.

Nothing at OCI indicated a disturbance or a struggle, according to police. Dan Brophy had a pocketknife on him that was still clipped to his pants and it “didn’t appear as if he had tried to access it for defensive reasons," Underhill said. Detectives determined robbery did not appear to be a motive in Brophy’s death.

There was no video surveillance inside or outside OCI. But cameras from nearby businesses showed a minivan, which appeared to be the same as Crampton-Brophy's, drive by that morning. Detectives believe Crampton-Brophy was in downtown Portland by 6:39 a.m. that morning and left the downtown area by 7:28 a.m. Through surveillance footage, detectives determined Dan Brophy arrived at OCI by 7:20 a.m. and disarmed the alarm a minute later.

When asked where she was that morning, Crampton-Brophy told investigators she was home all morning.

She also told detectives that morning that she and her husband had bought a Glock at a gun show earlier in the year in response to the mass school shooting in Parkland, Florida. But she said they lost interest in the gun and never bought any ammunition. Detectives recovered the gun and determined it had never been used. But they later found that she had bought a replacement slide and barrel on eBay and believe she put those parts on the Glock before the shooting. They say she shot her husband and then reassembled the gun using its original parts afterward, “presenting a new, fully intact firearm to police that would not be a match to the shell casings that she left at the crime scene.” Police never recovered the replacement parts they believe were used in the shooting.

Later in the investigation, detectives learned Crampton-Brophy had written several books as a romance novelist. She also wrote an articled titled “How to Murder Your Husband.” Investigators also found a saved article on the couple’s joint iTunes account titled “10 Ways to Cover Up a Murder.”

“Nancy Brophy touted her knowledge of police procedures and her obsession with murder,” Underhill said.

Detectives also learned Crampton-Brophy was the beneficiary of numerous life insurance policies taken out on her husband. She also made an accidental death benefit worker’s compensation claim, which she was deemed the recipient of. Between the life insurance and worker’s compensation, Crampton-Brophy was entitled to $1.15 million, investigators said. The Brophys also had more than $300,000 worth of equity in their home, so detectives say Crampton-Brophy stood to collect about $1.5 million upon her husband’s death.

A review of the couple’s bank accounts showed they appeared to be operating on a month-to-month budget and struggled to pay their mortgage, according to court documents. Despite the financial hardships, investigators say Crampton-Brophy paid the life insurance premiums leading up to her husband’s death. Detectives say she paid over $16,000 in insurance premiums in 2017, while the couple simultaneously fell more than $6,000 behind on mortgage payments.

“Dan Brophy was content in his simplistic lifestyle, but Nancy Brophy wanted something more. As Nancy Brophy became more financially desperate and her writing career was floundering, she was left with few options,” Underhill said.

RELATED: Woman accused of killing chef husband wants to be moved out of jail due to COVID-19