The Clark County Sheriff's Office said the suspect got out of his car and pointed a handgun at two deputies, who then fired at him. 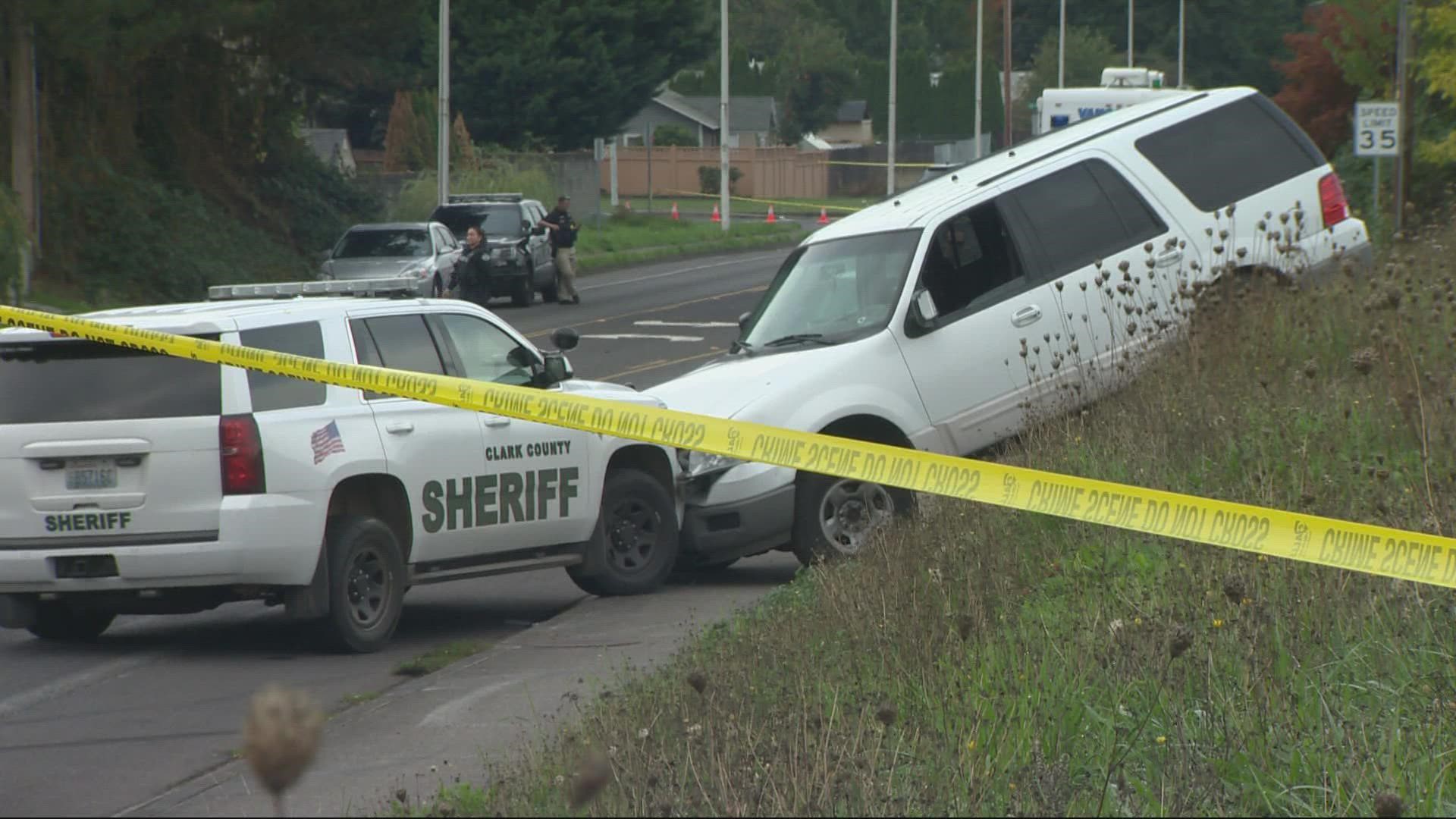 VANCOUVER, Wash. — Two sheriff's deputies opened fire on a suspect after he pointed a handgun at them early Sunday morning, the Clark County Sheriff's Office (CCSO) said on Tuesday.

The Clark County Medical Examiner's Office reported Tuesday that Vancouver resident Kfin Karuo died from a gunshot wound to the torso on Sunday. Police confirmed the report referred to the suspect in the shooting incident. Court records indicate that Kauo was 28 years old.

In an initial news release on Sunday, CCSO said just before 2:30 a.m. deputies pulled over a car associated with a person they had probable cause to arrest for assault with a handgun.

The suspect drove off and the deputies pursued, eventually using a PIT maneuver to stop the car near Northeast 122nd Avenue and Northeast 49th Street. The man got out of the car armed with a handgun.

The suspect pointed the gun at deputies, who then fired at him, CCSO said on Tuesday. The suspect ran and was found dead a short distance from his car, with the gun still in his hand and his finger on the trigger.

The two deputies involved in the incident have been placed on critical incident leave. The Southwest Washington Regional Independent Investigative Response Team, which includes detectives from the Vancouver, Battle Ground and Camas Police Departments, is conducting an investigation.

The CCSO news release did not specify if the suspect ever fired his weapon during the incident. When asked, Vancouver police spokeswoman Kim Kapp said that information "has not been determined yet as part of the investigation."

During the incident, bullets flew through the walls of the home of Vancouver resident Cony Ramirez, who told KGW on Monday that the unidentified man died in her driveway.

RELATED: 'Somebody needs to be accountable:' Family with bullet-punctured home calls out Clark County deputies for deadly shootout

Ramirez's mother and daughter were home at the time, she said, and she felt that the deputies involved did not consider the safety of her neighborhood when they fired at the suspect.

"I don't know how you were trained, but I believe you chose this job because you want to protect the community. You wanted to protect us, not to hurt us," Ramirez said. "But the way I see those bullets there, it's not something protecting us."