The National Center for Missing and Exploited Children received 18.4 million reports of images of child sex abuse in 2018. 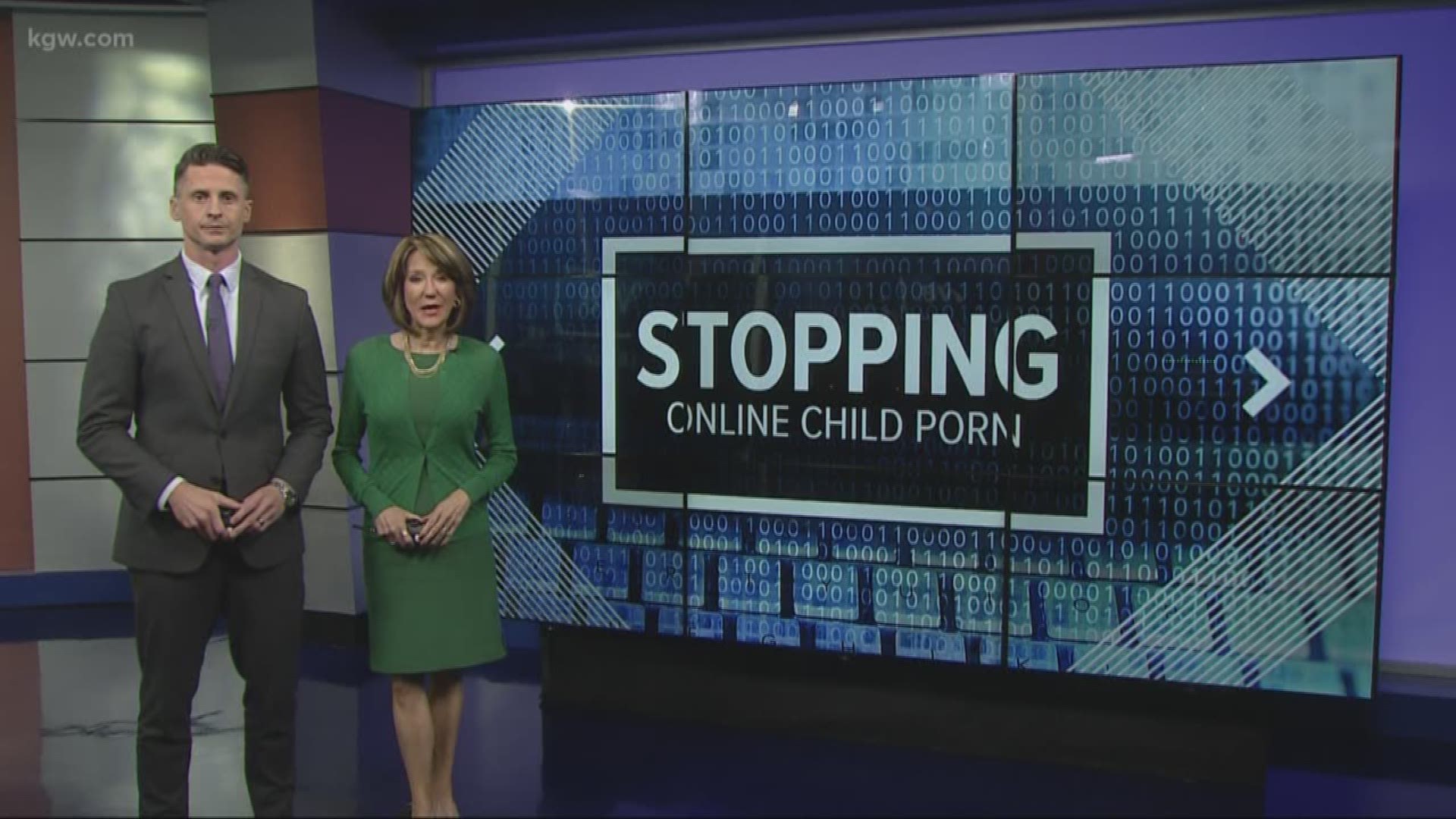 PORTLAND, Ore — Child pornography is more prevalent than ever online, according to the FBI. As criminals get more technologically savvy, it is tougher to track them down.

Monday afternoon, the FBI announced the arrest of a 19-year-old from Troutdale who's accused of convincing children to send him sexually explicit pictures. It is cases like this the FBI’s Child Exploitation Task Force is working to solve.

The National Center for Missing and Exploited Children received 18.4 million reports of images of child sex abuse in 2018. Technology companies reported 45 million explicit images of children last year. That is more than ever and detectives said it is in part because it is easier than ever to access.

“It's a touch away,” explained Beaverton Detective Chad Opitz, who is also a member of the FBI’s Child Exploitation Task Force. “It's a convenience. It's not like when you buy drugs you have to physically go out and you have to find somebody, usually, to buy the drugs from. Here, it's a click away.”

Detective Opitz sat a computer and showed a little of what he does to track down predators.

“So, this is someone I was talking to earlier,” Opitz explained. “He knows I'm underage and he wants a picture.”

Opitz posed as an underage boy or girl on social media sites and it did not take long for him to find someone who was interested. He asked KGW not to share the name of the website, but in this case it was one where strangers can talk to each other anonymously. Within seconds of saying he was 14-years-old, the person on the other end asked for nude photos.

“See and then right away, so that's a perfect example, it took three messages for him, two replies from me, I say I'm a 14-year-old, and he's already asking for nudes,” Opitz said.

However, it is not just happening on little known websites or in the dark corners of the web. It is also happening on mainstream websites like Facebook, which according to the FBI is the lead reporter of explicit images of children.

“It's almost mind boggling because the answer is we see it everywhere,” explained Renn Cannon, the Special Agent in Charge of the Portland Division of the FBI. “You name an app that has a lot of users and there's the potential for abuse to be happening on it.”

Facebook, though, is talking about encrypting Facebook messenger, which would mean not even Facebook would be able to see the images shared by users. The FBI said encryption like that would make it even harder for them to investigate child predators.

“It’s growing in complexity to deal with because of the encryption and some of the specific tools that make it harder, even with a search warrant signed by a judge, for us to actually follow through on an investigation and prove that somebody should be arrested to safe guard the community,” Cannon explained.

“We just sadly get countless cyber tips and actual sexual abuse cases, where, or exploitation cases, where the child has agreed to meet up with this person or they will send photos of themselves,” Opitz said.

On Friday, the FBI arrested a 19-year-old Troutdale man named Anthony Lozowski on child exploitation charges. The FBI said Lozowski used social media sites to get children to send him sexually explicit videos and photos of themselves. He is also accused of extorting at least one girl who said he threatened to share the images of her if she did not travel to meet him for sex. The FBI said there are two known victims, but there could be more.

“Our group, this task force, exists because awful things happen to kids and if you dwell on that, that's super depressing and so again caring about the kids and putting in that work and really, go after the offenders and I think that's why, again speaking for everyone who works these types of cases, that's important to us,” Opitz said.

It is also important to talk to your children about what to do if they are asked for photos or videos of themselves online. The FBI created a game to teach kids, specifically 3rd through 8th graders, about online safety. It can be found here.

What can parents do to protect their children?

Often children and teens are so concerned that they will get in trouble or lose their devices, that they are reluctant to come forward. It’s up parents to develop that open, honest line of communication. Start with some short conversations, and ask:

Finally, consider using what you’ve just learned to start the conversation. “Hey, I heard this story on the news today about kids getting pressured to send pictures and videos of themselves to people online. Have you heard anything like that before?”

What to do if sextortion has already taken place:

If your child discloses that he or she is the victim of sextortion, report it to the FBI by calling 1-800-CALL-FBI or online at https://tips.fbi.gov.

If you are a victim and not ready to talk to the FBI yet, go to a trusted adult. Tell that adult that you are being victimized online and need help. Remember, you are not the one in trouble. Criminals will try to make you feel unsure, scared or embarrassed. Your willingness to talk to a trusted adult, though, may just be the key to keeping this predator from hurting someone else.

More information: Students, parents and educators can find more tools and information on the FBI’s website at https://www.fbi.gov/stopsextortion