Columbia City cat euthanized after being shot with pellet gun

Chester the cat's owner said it was a hard decision, but felt it was the right one to make. 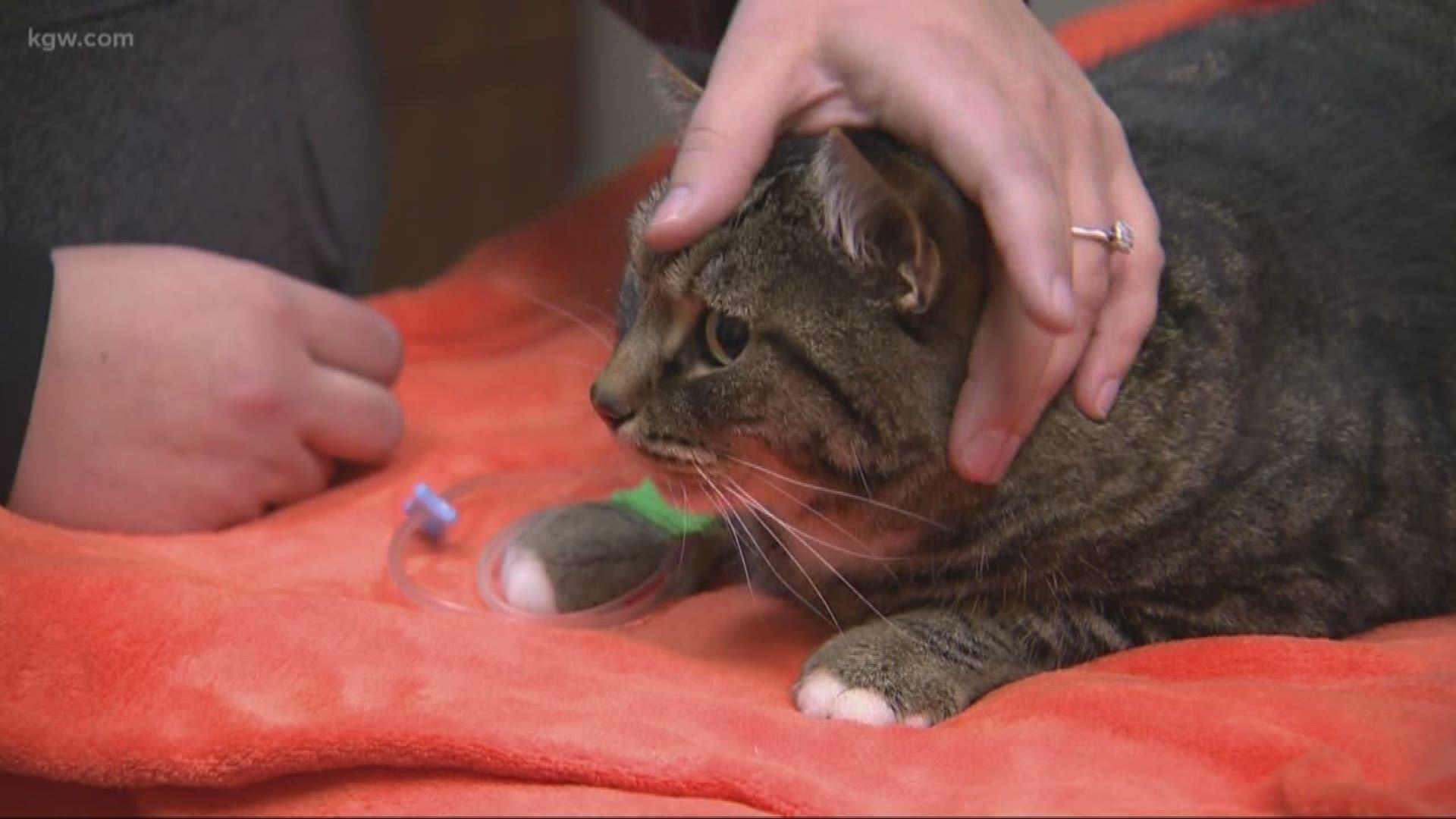 COLUMBIA CITY, Oregon — Update: According to Chester's owner, Tabatha Barry, Chester has been put down due to the pellet gun wound.

Barry told us it was a hard decision, but what she felt was right for Chester.

"Me and my husband had the chance to spend almost two hours with him loving him and he had his favorite treat (bacon)," wrote Barry. "We appreciate all the love and support from all the people that came together to help Chester and our family through this."

A Columbia City couple is searching for answers after their beloved cat was shot with a pellet gun.

Barry spent Tuesday afternoon at her cat's side as it recovered at an animal hospital in Warren.

Barry said just before noon Tuesday, outside the family home near 6th and I streets in Columbia City, she found Chester struggling to get up the front steps.

"I thought he got hit by a car because his legs were flattened," said Barry. "There was mud all over his back."

Barry rushed Chester to the veterinarian who said Chester was not hit by a car. He had been shot with a pellet gun.

An X-ray showed the pellet was lodged in or near the spine. Surgery is risky. Chester's prognosis is unclear.

Credit: Mike Benner, KGW
Pellet in or near Chester's spine

"I'm hoping for the best but we don't know," said Barry. "I'm not going to make him suffer."

The Columbia City Police Department is investigating the case. Anyone with information is urged to contact authorities.

In the meantime, medical bills are piling up so a GoFundMe has been set up to help with Chester's recovery.