The burglary happened at Jennyfer's Boutique on North Mississippi Avenue around 3:30 a.m. Sunday. 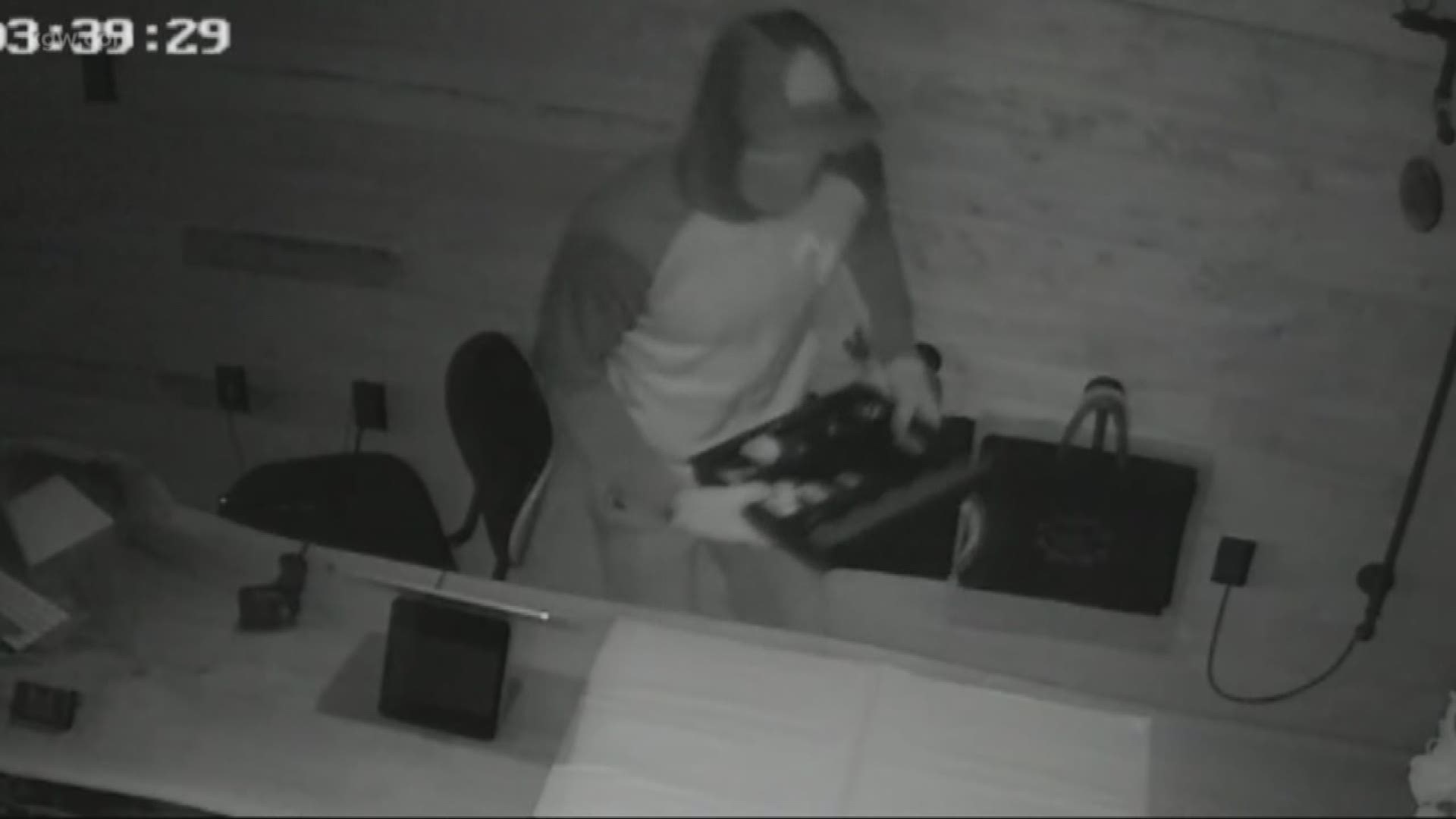 The video shows the thief prying open the door, entering the store, then leaving with merchandise. According to the owners, he got away with $4,000, iPads, jewelry and even a large purse which he used to carry out the loot.

"It’s pretty frustrating," store clerk Spencer Bengoetxea said. "It's a small business so it's important that we don't have very many losses. We've had problems with shoplifting, but something like this will obviously cost us a lot more."

RELATED VIDEO: Burglar explains how he breaks into homes (2017)

Bengoetzea said the owners just invested in a big store expansion, hoping to improve business. Right now, they're hoping customers and neighbors will help them identify the crook.

If you have any information on this case, you're asked to call the Portland Police Bureau’s non-emergency line at 503-823-3333.

RELATED: We asked 86 burglars how they broke into homes