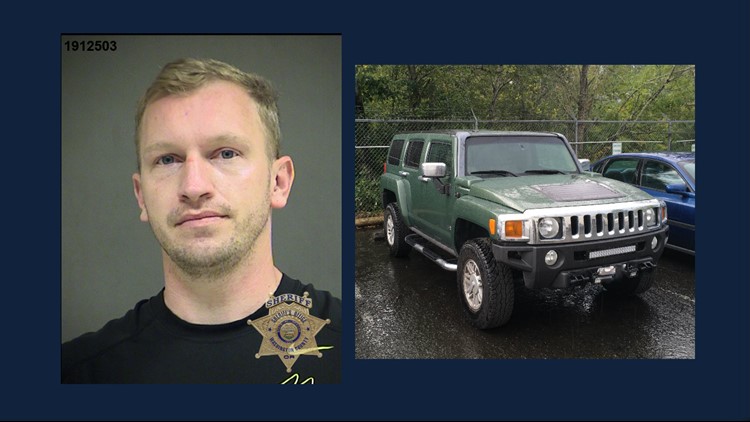 Photo by: Beaverton police
Brett J. McQuiston and the Hummer he said he bought with stolen money.

BEAVERTON, Ore. — A 34-year-old man faces burglary and theft charges after police said he broke into Bottle Drop locations around Oregon and stole cash, which he used to buy a Hummer H3 and gamble.

According to Beaverton police, a security guard at the Beaverton Bottle Drop spotted McQuiston with a crowbar and a mask on Sept. 5. Police detained McQuiston as he was running from the building. They recovered stolen money, a ski mask, gloves and a crowbar.

During an interview with investigators, McQuiston admitted to breaking into the same Beaverton Bottle Drop in April 2019, a Tigard location in June 2019 and two other Bottle Drop locations in Redmond and Corvallis, police said.

McQuiston told police that he used the stolen money to buy the Hummer. He said he also lost a large amount of money gambling, according to police.