The nonprofit that serves children and families in North and Northeast Portland was not immune to extreme vandalism Monday night, along with several businesses. 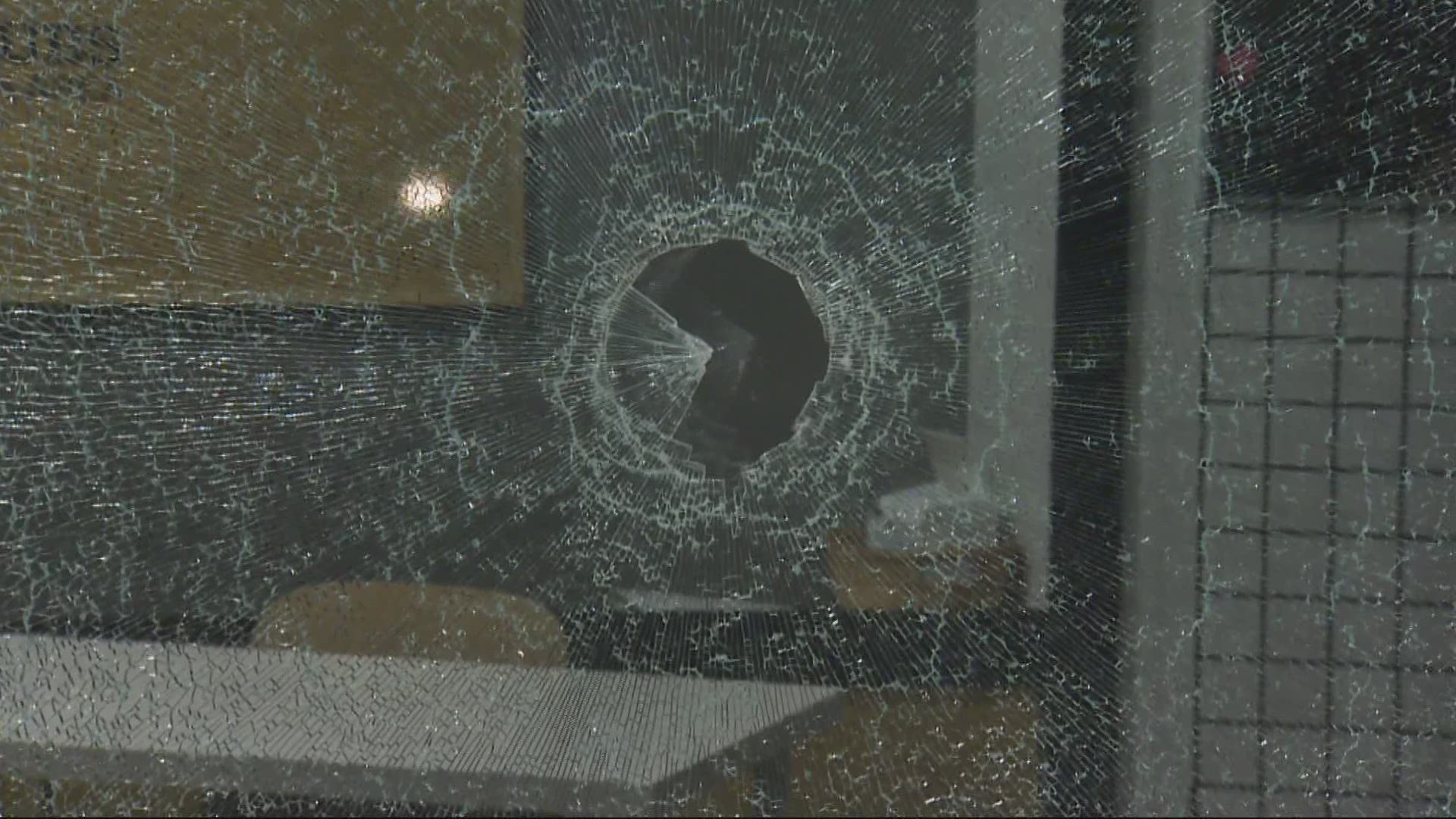 PORTLAND, Ore. — Tuesday along Martin Luther King Junior Boulevard the cleanup and repair were on again.

Monday night rioters damaged restaurants, banks, and even the Blazers Boys & Girls Club. Five windows were broken at the nonprofit and the doors were damaged too.

“We're saddened and frustrated by the fact that our building was vandalized, so it's upsetting and unsettling as well. Knowing that our club programming has been impacted because of a senseless act of vandalism,” said Terry Johnson, CEO of Boys & Girls Club of Portland Metropolitan Area.

Today the club could not help the children and families it serves in Northeast Portland.

Johnson said peaceful protest against police brutality and systemic racism is a good thing, “But at the same time when you damage places like the Boys & Girls Club you're taking away from the work that's needed in the black and brown communities.”

Police said the 80 or so people that marched down MLK did it under the guise of a gathering and march to support George Floyd.

“They call for attacks on public employees, they use crime and violence to intimidate those who don't share their political views. These people are not protesters, they are criminals,” said Mayor Ted Wheeler.

The mayor is tired of the destruction and thinks the community is too.  KGW did hear support for that theory, along MLK Boulevard.

“Personally it's not in my nature to take my anger out on things that didn't cause the anger so it's a little hard for me to excuse people like vandalizing the Boys and Girls Club,” said a man who goes by the name Byrd.

Back at the Blazers Boys & Girls Club, they’re adding up the losses.

“The damage is estimated to cost anywhere from $15-20,000 dollars so when you’re vandalizing our building and creating that expense for us that takes away from the good work we do with kids and families,” said Johnson.

Now, they are making plans to move past this, thankful for the silver lining they're seeing.

“We've had a lot of community outreach and support and people expressing support for us the Portland Trail Blazers have stepped up,” said Johnson, who added that the Trail Blazers organization had made a meal program possible on Tuesday for families the club serves, and is helping with repair costs as well.