Attack on transgender man in Wilsonville being investigated as hate crime

The Clackamas County Sheriff's Office is asking the public to help them identify and locate the three teenage suspects accused of attacking and robbing the man. 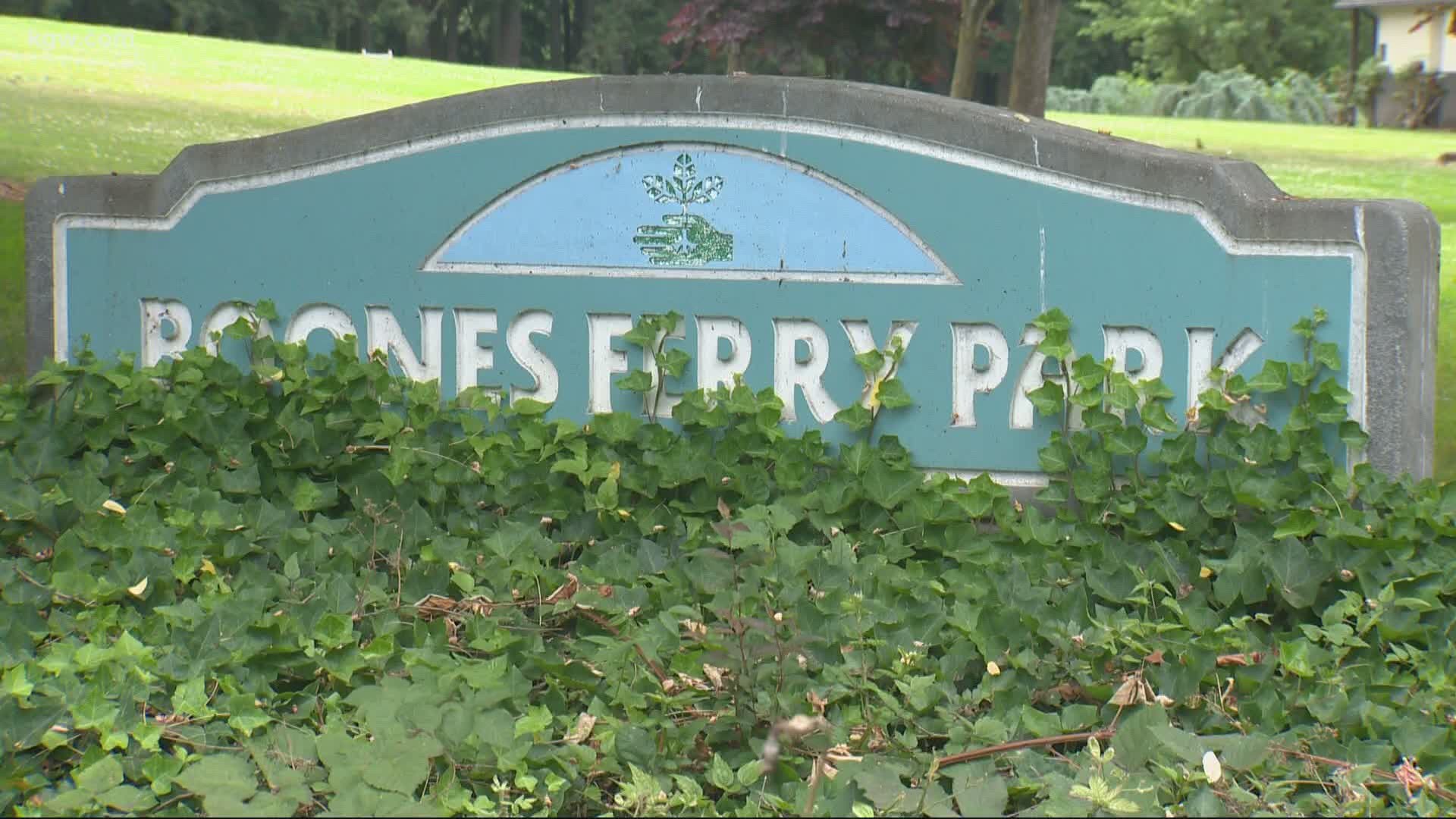 WILSONVILLE, Ore. — An assault and robbery of a transgender man is being investigated as a bias crime after deputies from the Clackamas County Sheriff's Office (CCSO) pulled the victim from the Willamette River at Boone's Ferry Park in Wilsonville on Tuesday.

The victim told sheriff's office deputies that three teenage boys called him a transgender slur, attacked him and stole his iPhone. During the attack, the victim was either knocked into the river or jumped into the river and was able to swim away, deputies said.

The three suspects fled with the stolen phone. Deputies are asking the public to help them identify and locate the suspects.

"There’s really no place for this type of behavior," said CCSO Sgt. Marcus Mendoza. "That's why we have the laws in place to hold these offenders accountable. We're really seeking the public’s help to identify them and help bring them to justice."

At about 5:47 p.m., a 911 caller said a man was yelling for help along the riverbank, across from Boones Ferry Boat Launch in the area of the park.

When deputies arrived, they found the victim clinging to driftwood along the side of the river, possibly stuck in mud near the bank. The victim said he'd been yelling for help for a couple hours.

The man was suffering from injuries to his face, arms and legs. Deputies, concerned that the victim had hypothermia, called medics out to help him.

The victim told deputies he first saw the three suspects along a path leading to the river, at which point one of the teens directed a transgender slur at him. A short time later, the victim was sitting on a log near the river, eating, when he was approached by the three suspects, who asked if he had any alcohol. The suspects approached the victim a third time about 45 minutes later, at which point detectives say one of the suspects punched the victim at least twice in the face and nose.

Based on the transgender slur and the violence that followed, the sheriff’s office is investigating this as a bias crime.

"Based on the victim's statements and the actions of the suspects, it is being investigated as a bias crime," Mendoza said. "It appears to meet the statute as it was reported."

On Thursday afternoon, police also released composite sketches of two of them.

RELATED: 'We need to be more open to loving people': Transgender women attacked in Portland