Arrest made in fire that destroyed the Portland Garment Factory

It took nearly 100 firefighters and a majority of the fire stations in the city to put out the fire in Southeast Portland on April 19. 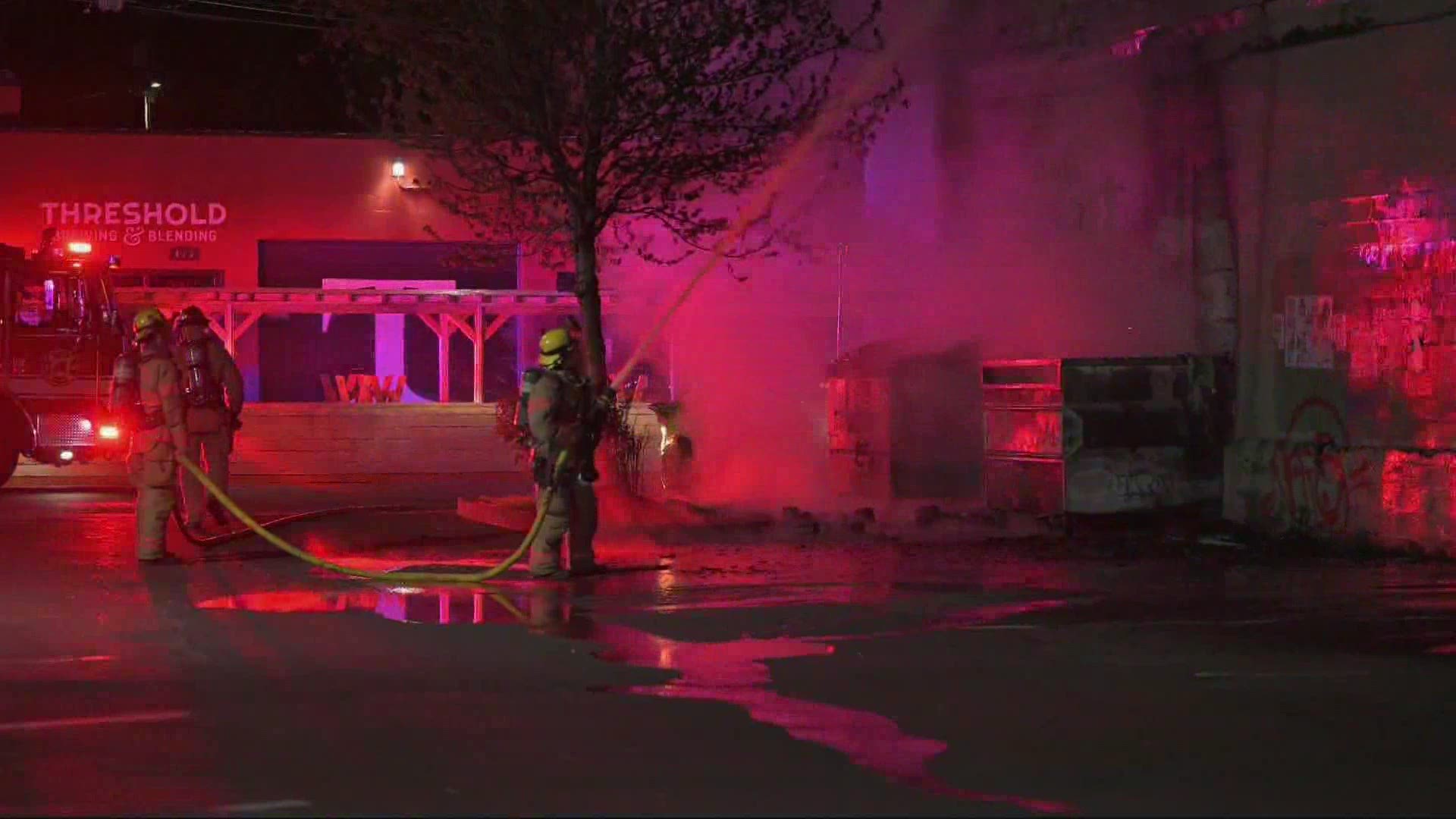 PORTLAND, Ore. — A person is under arrest and facing arson charges for the fire that destroyed the Portland Garment Factory in April.

Cadel will be in court Thursday afternoon.

It was around 3:30 a.m. on April 19 that the first calls went in reporting a tree on fire in the Montavilla neighborhood of Southeast Portland. Callers said the fire was spreading to the Portland Garment Factory nearby, located at 408 SE 79th Avenue.

Twelve people from the apartment building next to the Portland Garment Factory were evacuated as the fire continued to rage next door.

It took 25 fire engines and nearly 100 firefighters from more than 20 of the 31 fire stations in the city to fight the flames.

Fire investigators were called to determine the cause of the fire. After interviewing witnesses, investigators looked at security camera footage that caught someone lighting a nearby dumpster on fire. Investigators ruled it arson.

The Portland Garment Factory produces clothing and soft goods. It was one of the first businesses in the city to mass-produce and donate face masks during the onset of the pandemic. Over the years, they've made countless coats and blankets for donation drives.

After word spread of the fire, friends of owner Britt Howard launched a GoFundMe to raise money to help her and her employees relocate. They raised nearly $100,000 in less than a week.