Pickup owner shot at while chasing after stolen rig

The owner spotted his truck and followed it, but someone inside the truck shot at him. The driver eventually crashed the stolen pickup into a home and ran away. 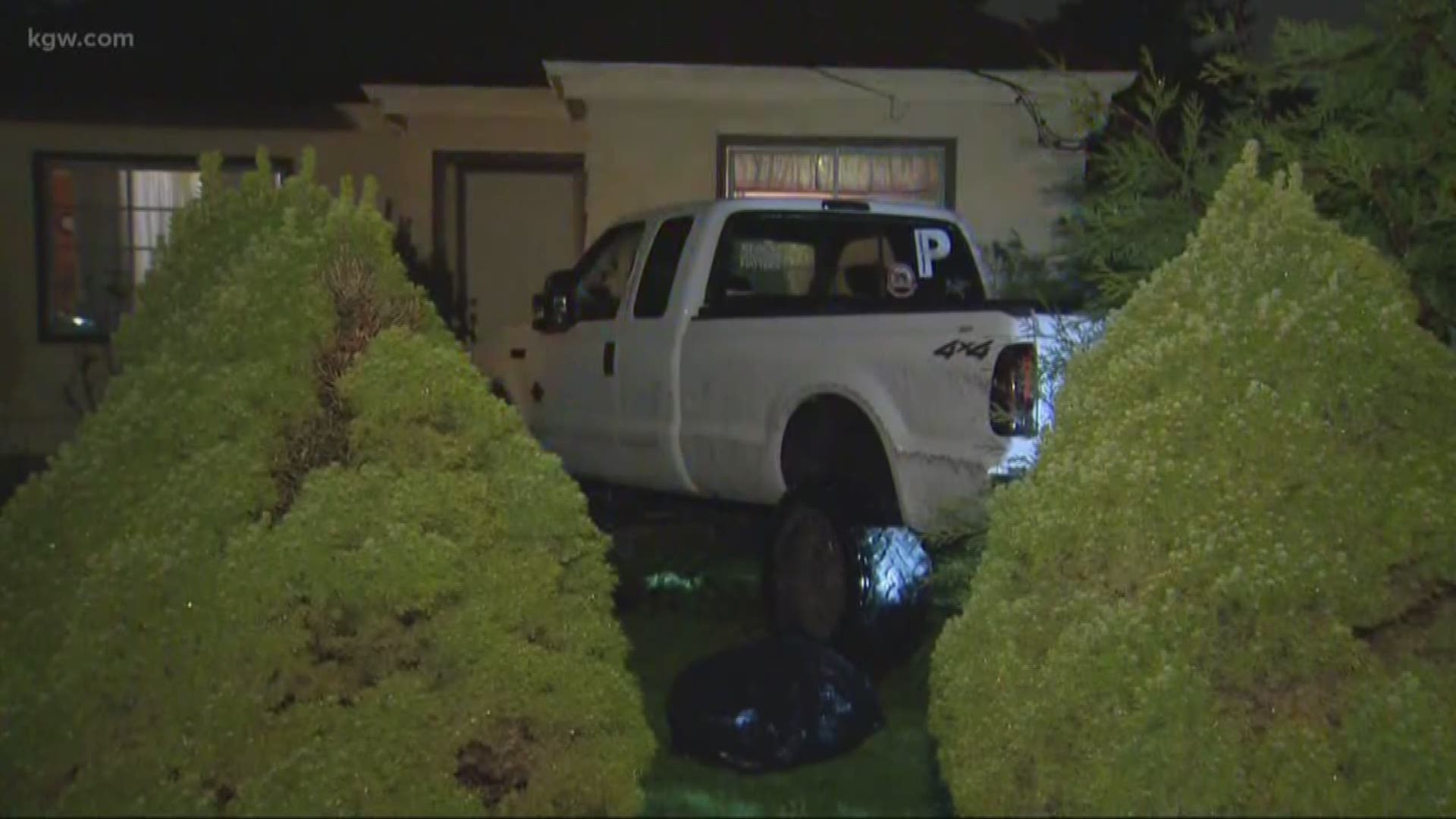 PORTLAND, Ore. — The owner of a stolen pickup spotted the vehicle in Southeast Portland and gave chase Thursday afternoon, but backed off after someone in the vehicle shot at him. The thieves later crashed the truck into a house

While Heuker was out searching for the stolen truck, he spotted it at the Fred Meyer near Southeast 148th Avenue and Division Street. Heuker said he found a woman and two men inside. When he confronted them, the driver took off.

Heuker said he followed the stolen vehicle in his dad's car, and someone fired two rounds out the window at him.

"I should have called the cops first," Hueker said. "I don't know what went through my head. I wanted to get my truck back, it's expensive and it's my baby."

Police say at around 4:45 p.m. they got the call that Hueker was shot at in the 14700 block of Southeast Division Street.

The suspect drove away from that scene and crashed into a home near the 13600 block of Southeast Francis Street.

The homeowner, Eugene Jimenez, said the truck crashed damaged the dining room wall. No one was hurt in the house.

Police say the suspect ran away. Officers created a perimeter and had the Special Emergency Reaction Team (SERT) and Crisis Negotiation Team (CNT) are at the scene, police said.

The area of Southeast 132nd to 134th avenues from Bush to Center streets was closed and people in the area were asked to shelter in place. Police called off the search later Thursday night.

The suspect was described as a white man in his 20s with a thin build. He was wearing a gray long-sleeve shirt and blue jeans, police said. Anyone who sees someone in the area matching the suspect’s description should call 911.

RELATED: Man arrested for driving stolen ambulance on I-5 in southwest Washington