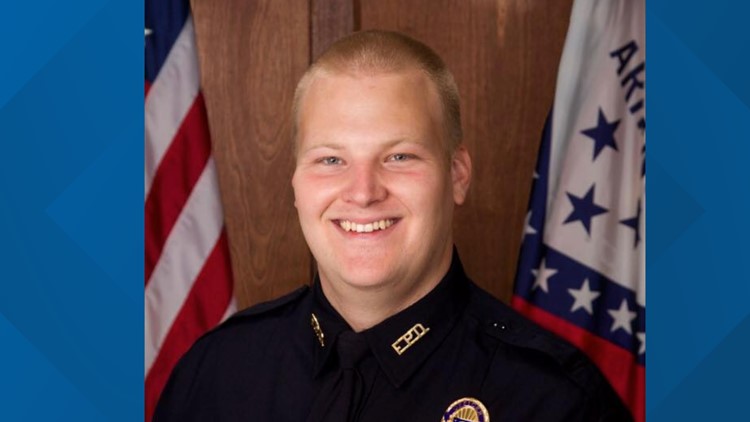 FAYETTEVILLE, Ark. — A Fayetteville police officer was murdered Saturday near a police station in Arkansas.

Officials said Officer Stephen Carr was waiting in the police station’s parking lot for his partner when a suspect approached and shot him.

When reports of shots fired came in on Saturday around 9:40 p.m., several officers were inside the department at the time and came out to find Officer Carr down next to a police cruiser. According to Chief Reynolds, officers immediately engaged with Phillips and more shots were fired.

Both Officer Carr and the suspect were pronounced dead on scene.

Carr began his career with the police department in August of 2017. He was a member of their Bicycle Unit, which patrolled the Entertainment District.