Two men and a teenage boy have been arrested in connection to a related kidnapping and armed robbery that happened hours before the mother disappeared with her 4-year-old daughter. 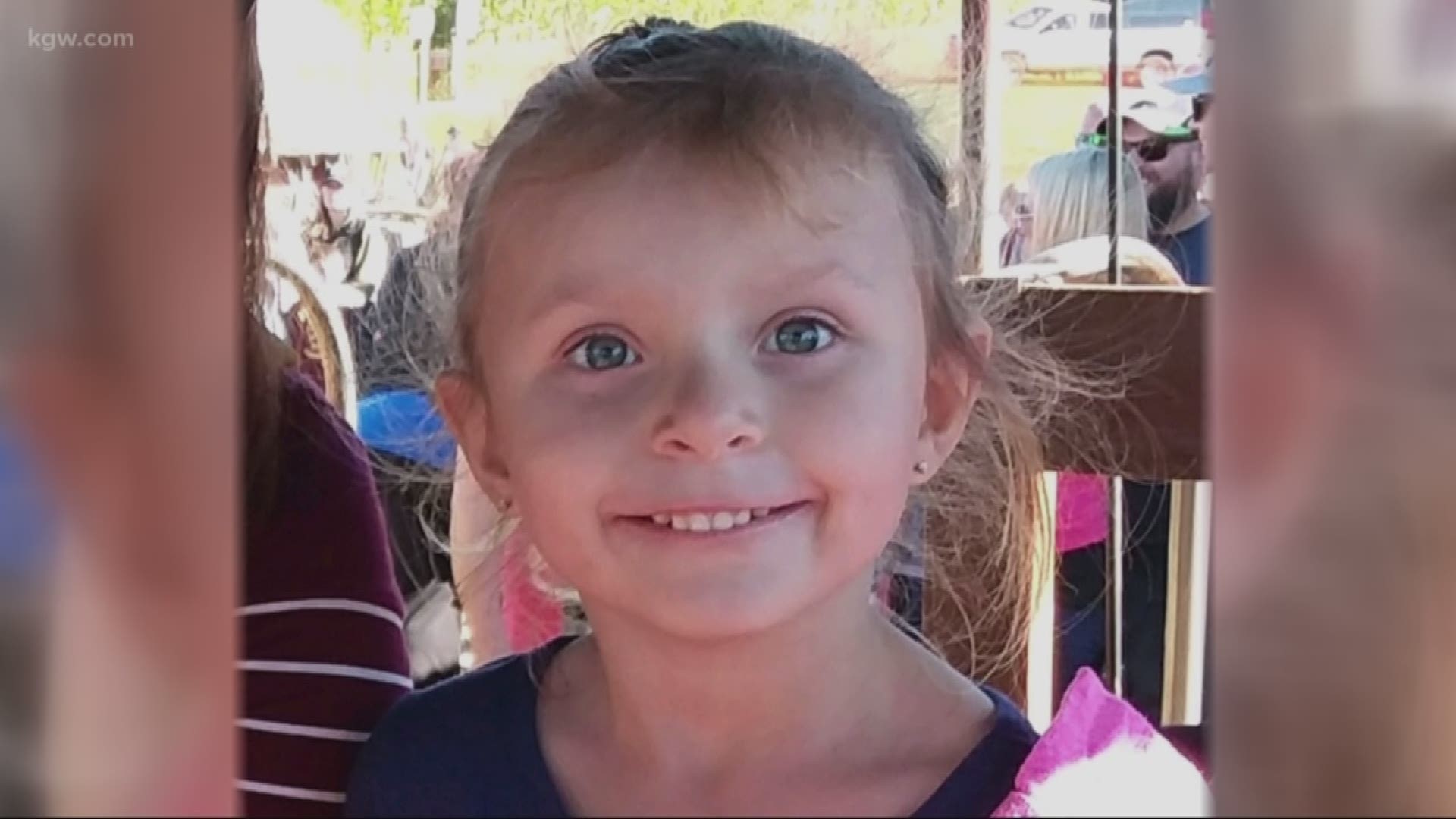 VANCOUVER, Wash. — Authorities canceled an Amber Alert on Monday that was issued Saturday in California after a 4-year-old Vancouver girl was allegedly abducted by her mother last week, police confirmed.

Vancouver police spokeswoman Kim Kapp said that based on the timeline of sightings, authorities believe the suspect, 21-year-old Esmeralda Lopez Lopez, crossed the border into Mexico with her daughter, 4-year-old Aranza Ochoa Lopez, which is why the alert in California was canceled.

"We have been in contact since this began with family and will continue to actively work this part of the case but it is unknown at this time where Ms. Lopez and her daughter are," Kapp said.

Lopez Lopez is accused of abducting Aranza during a court-supervised visit in Vancouver on Thursday, Oct. 25. The mother is also a person of interest in a related kidnapping and armed robbery that happened hours before Lopez Lopez disappeared with her daughter. Two men and a teenage boy have been arrested for assisting in the related crime.

According to court documents, the robbery and kidnapping was done for the purpose of stealing the victim's car to assist Lopez Lopez in the abduction of her daughter.

***This AMBER Alert has been deactivated at the request of the Vancouver WA Police Department. The suspect and victim are believed to be in Mexico.*** https://t.co/EMZwMcDbQA

On Thursday afternoon, Aranza was on a court-supervised visit with Lopez Lopez at the Vancouver Mall. During a movie at the mall’s theater, she reportedly took the girl to the bathroom and never returned.

Hours before that, investigators say they believe Lopez Lopez was at Redwood Acres Apartment Complex, located at 3409 Northeast 62nd Avenue in Vancouver, where two men and a teenage boy allegedly kidnapped a man, held him against his will, and stole his car and credit card information.

The victim, 23-year-old Jose Orellana Gomez, told police he went to the apartment of Lopez Lopez because she'd asked him to give her a ride to Centralia. When he arrived, he spent less than half an hour in the apartment with Lopez Lopez after which three unknown men in masks grabbed him, bound him to a chair with duct tape, told him they were stealing his car and demanded the PIN for his credit card. The men then held Orellana Gomez hostage for more than 12 hours. At least one of the suspects was armed with a knife.

On Sunday, Vancouver police arrested one of the suspects, 18-year-old Erick Garcia Valdovinos. On Monday, Garcia Valdovinos was charged with two counts of first-degree kidnapping and first-degree robbery for his involvement in the incident. He is being held on $200,000 bail. His next court date is Nov. 9.

According to court documents, Garcia Valdovinos said Lopez Lopez asked him to assist in the kidnapping and theft of Orellana Gomez's car. He said he wasn't there for the initial kidnapping of Orellana Gomez but came to the apartment later to guard the victim. He said he also purchased clothing for the 4-year-old so Lopez Lopez could dress her as a boy and bought a car seat for the trip. Garcia Valdovinos said he wasn't present when Lopez Lopez abducted her daughter.

Shyla Smith lives at Redwood Acres and shot cellphone video of police and SERT teams responding to the kidnapping and armed robbery of Orellana-Gomez.

Smith told KGW the robbery happened in an upstairs unit, which has since been empty. She said she recently realized the smiling little girl on the news may be with the people behind that frightening scene.

“She must be really scared,” Smith said.

Another neighbor at the apartment complex, Melissa Vodka, said she started to connect the dots when she saw news reports about the alleged abduction.

“When I saw the pictures, I had thought I had seen them at the pool during the summer,” Vodka said, referring to the mother and child. “It made me very sad. You just never know what people are capable of.”

It took two days after the abduction before an Amber Alert was issued in California. According to police, the alert was delayed because authorities didn’t know which car Lopez was driving, nor did they have a license plate number. Both of those are key requirements for issuing an Amber Alert.

"We did not know what vehicle Ms. Lopez may have been in because she had access to multiple vehicles," Kapp said.

Lopez-Lopez was reported to be driving a red 2005 Chevy Cobalt with Washington license plate No. BLK 1552. A female teen may have also been in the car, according to Vancouver police.

Lopez Lopez is 5-foot-0 with black hair and brown eyes. She was wearing a red-and-white, striped soccer jersey when she was last seen, police said.

Aranza was wearing a long-sleeved, dark blue shirt with a bulldog on the front, pink pants and “Paw Patrol” shoes when she was last seen, according to police.