After a homeless man was attacked in downtown Portland, a dispatcher told a 911 caller, 'Officers will contact you if the victim calls. That's how it works, sir.' 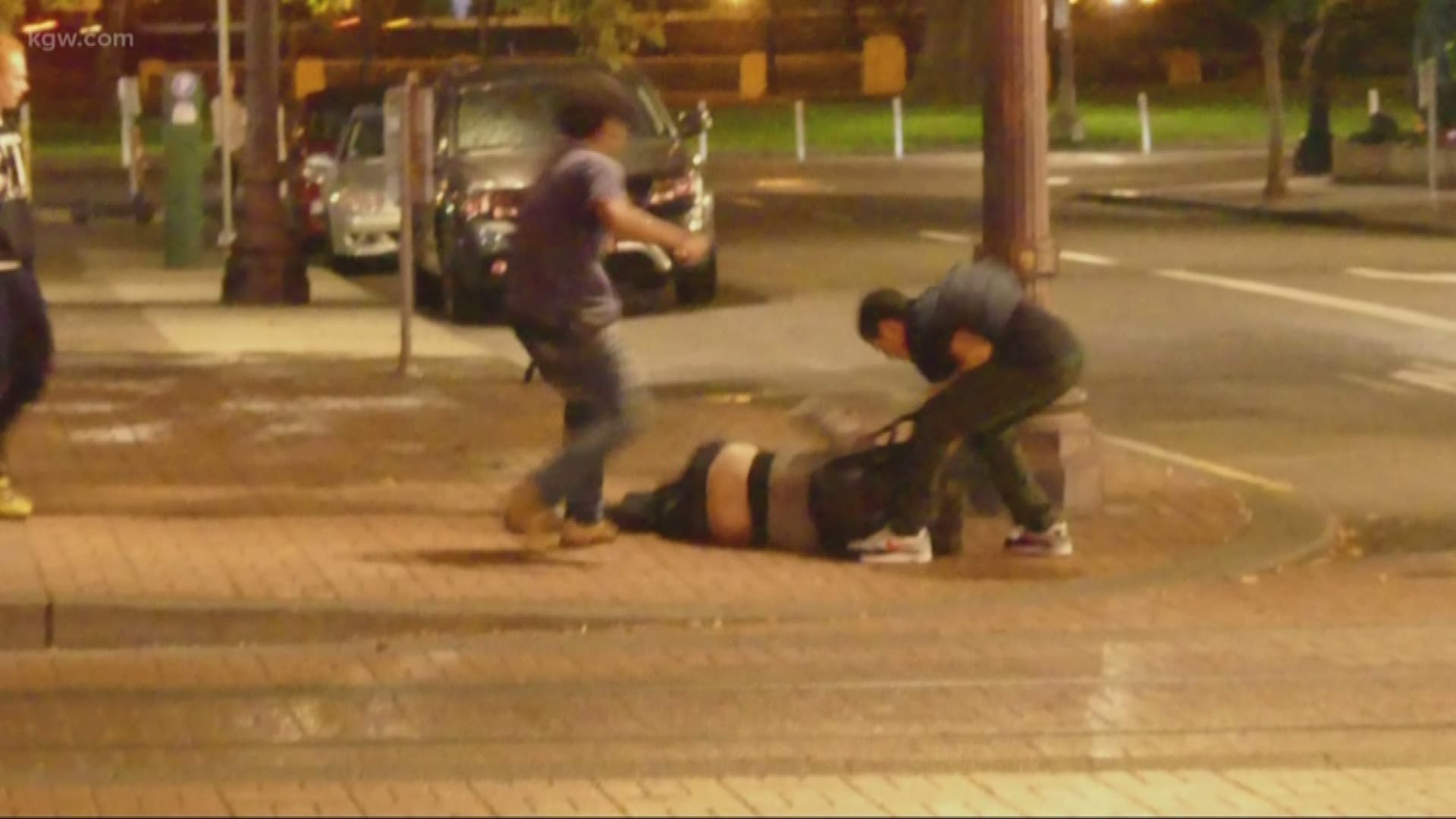 PORTLAND, Ore. — A man who called 911 when a group of teens attacked a homeless man in downtown Portland says the dispatcher didn't take him seriously, and now local emergency officials are admitting the dispatcher made a mistake.

As first reported by Willamette Week, Gary Granger witnessed the midnight assault at Southwest 1st Avenue and Morrison Street in late August. Granger said that he witnessed four teenage boys who were involved in the attack.

The victim "was on the ground for the better part of a minute being kicked and beaten,” said Granger, who trains people in emergency response as the director of community safety at Reed College.

“We train people how to be good witnesses and how not to be victims,” he said. And that's what Granger was trying to do that night.

Granger took photos of the attack, followed the suspects and called 911. But he said the dispatcher was dismissive.

“You don't need to follow them anymore because the guy that was assaulted didn't even call this in,” the dispatcher said in the recording obtained by KGW.

“Well he shouldn't call it in, he's a homeless guy, he doesn't have a phone,” Granger replied.

After waiting a few minutes for police to arrive, Granger called 911 again. He told the same dispatcher that he had photos of the attack for police.

“Officers will contact you if the victim calls," she said. "That's how it works, sir, OK?”

“The victim is not going to call in because the victim is a homeless person,” Granger repeated.

“Like I said, if he decides to make a report, at that time we'll have a victim where we will have a crime to peruse," she said. "You can't make a report on his behalf.”

“Incredulous is the best way I could describe it,” he said. “That's like saying when I see someone breaking into my neighbor's house and start to drive away with a truck full of their stuff that you're not going to respond to the burglary because the homeowner hasn't called.”

Police showed up about 20 minutes later and took Granger’s information. By then everyone involved was gone.

Portland 911 spokesman Dan Douthit said the dispatcher “misprioritized” the call, which he said should have been prioritized as an assault.

“Mistakes were made by our call-taker,” said Douthit. “We appreciate that the concern was raised because we strive for perfection in every one of our calls. If a mistake is made, we want to know about it.”

Douthit said the dispatcher wasn't disciplined but got additional coaching to help avoid making the same mistake in the future.

Granger said he's spoken with the head of BOEC and appreciates that the city acknowledged things didn't go the way they should have. And despite what happened, Granger said he won't give up on following his training if he sees another attack in the future.

RELATED: KGW has a new app! Download it here