'Police are not responding as fast': Portlanders fear weekend violence is proof police are stretched too thin

In one shooting Sunday morning, police say someone fired five bullets into a car, narrowly missing the six-year-old girl who sat inside. 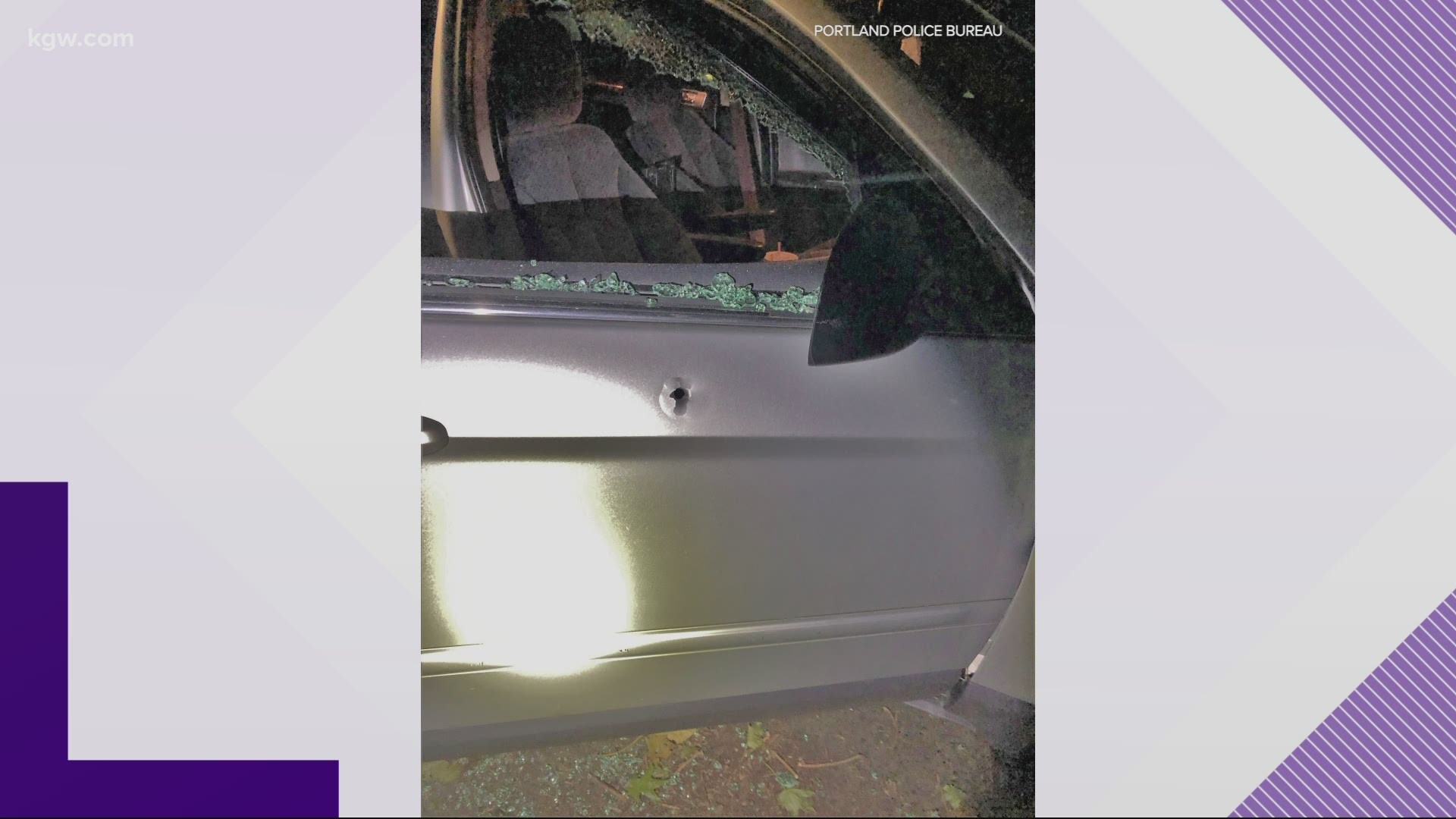 PORTLAND, Ore. — A six-year-old girl was nearly shot in Southeast Portland early Sunday morning, police said, noting the bullet that came closest actually lodged in the car seat behind her.

The shooter was driving by the victims, including the girl's mom and her mom's boyfriend, who sat in their own car near Southeast 162nd Avenue and Southeast Haig Street, investigators said in a press release.

The shooter fired at least five rounds total before driving away, according to the release.

Portland police said around 12:15 a.m., officers made contact with the victims and found damage on the car consistent with gunfire.

The girl, her mom and her mom's boyfriend are all unharmed, and police said they "had no idea" why they were targeted.

There is no suspect information at this time. Anyone with information can contact Assault Detectives at 503-823-0400 and reference case number 20-315551.

The drive-by Sunday was the latest in a string of violent incidents over the weekend, which including a stabbing near Southeast 174th Avenue and Southeast Alder Street on Saturday night that left a 15-year-old boy with serious injuries.

Police also sent out releases about two shootings in north Portland's Cully Neighborhood and another in the Centennial Neighborhood.

In those shootings, a total of two people were hurt.

In all of the weekend's cases, no one has been arrested.

"People are aware that police are not responding as fast," she said. "And while they're doing the best they can, I will give them that, it's kind of the consensus that the cops aren't going to show up."

Her frustrations are ringing throughout the city.

Amid a pandemic and months of nightly anti-police protests, police confirm response times, especially for low-level crimes, are up. And so is violence.

While it's a trend mirrored in other major cities nationwide, Portlanders have, for months, called for local officials to do more.

Much of the criticism is tied to the City Council this summer voting to slash the Portland Police Bureau's budget by $15 million and disband its Gun Violence Reduction Team (GVRT) after an audit showed officers on it disproportionately stopped Black drivers.

In a statement Sunday, he called gun violence "a virus ravaging our community."

He said the city's Office of Violence Prevention is reaching out to those affected by recent incidents, adding that the bureau "...is working with the Multnomah County District Attorney’s office to make arrests and prosecute those responsible for these tragic crimes.”

His opponent in next month's election, Sarah Iannarone, opposes bringing back the GVRT, which her campaign's website calls "a racially-biased program which community organizations lobbied to defund in the last budget cycle."

Iannarone argues, instead, the way to stop gun violence is to invest in education and economic opportunities for people of color, while enforcing existing gun regulation laws.

"For some lower priority calls our response time can be lengthy and we recognize that can be frustrating," he wrote. "A violent crime in progress always is top priority ... PPB will absolutely show up."

Police noted in each press release, Crime Stoppers of Oregon offers cash rewards of up to $2,500 cash for information, reported to Crime Stoppers, that leads to an arrest in any unsolved felony crime and tipsters can remain anonymous.

Anyone with information regarding the weekend's incidents can call the above number or email crimetips@portlandoregon.gov.

Correction: This story has been updated to reflect the child's correct age. Police initially reported the girl was 5.