4 weeks, 4 murders, 1 dog shot and only 1 arrest in Lents neighborhood

The Lents neighborhood is looking at four homicides, three of which are unsolved, in only a four-week period. 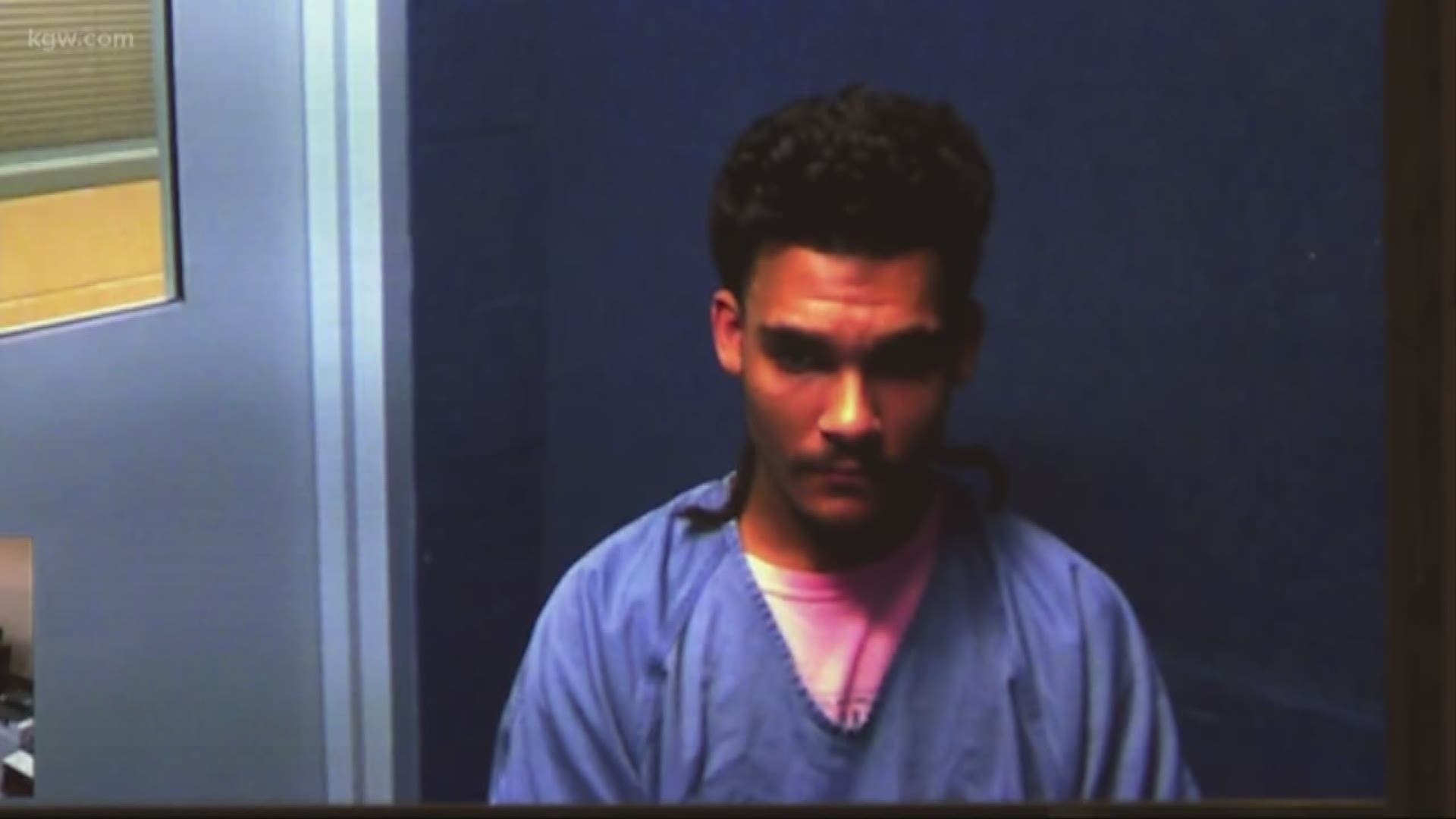 Editor's note: The video above is from June 18, 2019. Michael Ramirez, arrested for one of the Lents murders appeared in court for the first time.

PORTLAND, Ore. -- With the arrest of 19-year-old Michael Ramirez, two families of two separate late-May murders will receive some closure.

Ramirez was arrested for the murders of 18-year-old Lorenzo Gordon and 44-year-old Sergey Peshkov.

Gordon was found shot to death in the parking lot of the Springtree Apartments located at 650 Southeast 162nd Ave.

Peshkov, however, is one of four men found murdered in the Lents neighborhood in what was a violent four-week period between April and May.

Beginning on April 24, when 39-year-old James Richardson was found dead in the front yard of a home in the 8400 block of Southeast Ellis Street on April 24.

He was rushed to a nearby hospital where he later died of his injuries. There is no suspect information in Richardson’s case. Police are asking the public to come forward with any information about this case. You can call Homicide Det. Mark Slater at 503-823-9319 or email mark.slater@portlandoregon.gov or call Homicide Det. Erik Krammerer at 503-823-0762 or email erik.kammerer@portlandoregon.gov.

Later the same day, less than one mile from where Richardson was found shot, Robert Lewis IV, 39, was found shot to death in the area of Southeast 93rd Avenue and Southeast Henry Street. Lewis’ case is an active investigation and anyone with information is asked to contact Homicide Detective Vince Cui at 503-823-0449 or email vince.cui@portlandoregon.gov.

Just over a week later, on May 3 at around 7:40 p.m., officers responded to a gas station located in the 8400 block of Southeast Foster Road in Lents due to gunfire. Witnesses reported two cars fleeing the scene after an occupant of one car shot at another car, which was stopped and getting gas. No one was injured in the incident, but a stray bullet entered a seemingly unintended car and narrowly missed a victim who stayed at the scene to speak to police.

Another shots fired call came in not too long after the first. At Southeast 83rd Avenue and Southeast Woodstock Blvd., another shootout took place. No victims have come forward in this case. Police are working with Enough is Enough PDX, a community-led campaign encouraging people to take a stand against gun violence.

Less than a week after that, on May 9, 40-year-old Kegan Thompson was found shot to death in the area of Southeast 104th Avenue and Holgate Boulevard. Police said there is a suspect, who remains at large, in the case. They assure the public that there is no immediate threat at this time.

The following day on May 10, a dog was shot at the Grant High School Marshall campus. The same location where Barak Rosen was shot and killed on June 17, 2018. On the one-year anniversary of Rosen’s murder, police asked the public for any information regarding the case, which is still unsolved.

And finally, on May 24, Peshkov was found shot to death in the front yard of a home in the 10300 block of Southeast Reedway Street. Peshkov’s case is the only one which has been resolved with an arrest at this time.

Enough is Enough is asking public officials to take steps toward solutions for deteriorating public safety and livability in and around the Portland area. If you'd like to learn more you can click here for their current petition.

The Portland Police Bureau said in a statement:

PPB takes a city-wide approach to gun violence, including having bi-weekly shooting reviews, which include members of the Gun Violence Reduction Team and the Precinct Commanders. Resources are deployed throughout the City both for prevention and in response to gun violence. I cannot speak to enhanced police presence at any one location, but know we look at trends and take measures to try to interdict and prevent gun violence city-wide. We take gun violence seriously and realize the impact on the community.