The Austin Police Department is not saying that the two shootings are connected. As of 5 a.m. Wednesday, they are being investigated as separate incidents. 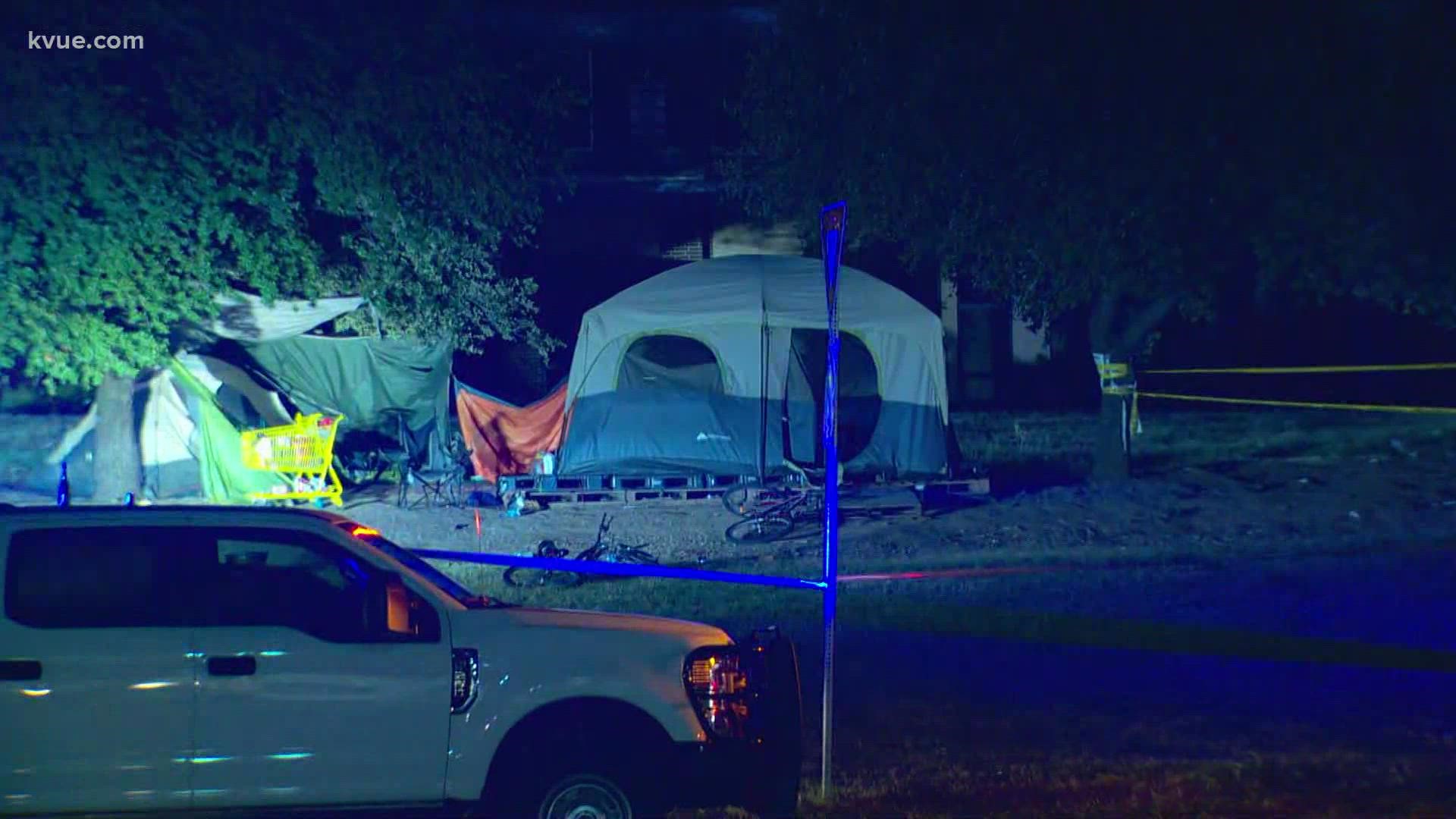 AUSTIN, Texas — Police are investigating two separate deadly shootings in the same southeast Austin neighborhood. The two shootings happened within an hour of each other in the early morning hours on Sept. 1.

The Austin Police Department is not saying that the two shootings are connected. As of 5 a.m. on Sept. 1, they are being investigated as separate incidents.

One of the shootings happened just before 1 a.m. on Sept. 1 near East Riverside Drive and Pleasant Valley Road. APD received 911 calls from people who said shots were being fired.

Police who arrived on the scene could not find a victim at first, but then they found a tent with blood in the area. A man was found dead inside the tent. Police said on Sept. 2 that the victim was a 67-year-old man, whose identity was not yet released pending notifying next of kin.

Police said they don't know how many people were involved in that shooting or what led up to it.

BREAKING: @Austin_Police investigating 2 deadly shootings in same southeast #Austin neighborhood that happened within an hour of each other overnight. Live reports on #DaybreakATX https://t.co/35VtCUhuAF via @KVUE

The other shooting happened around midnight on Sept. 1 on Burton Drive. Police also received several 911 calls related to this shooting.

Officers located a man with gunshot wounds in the roadway. Police said on Sept. 2 that the victim seemed to have been run over by a vehicle, too. Medics tried to save the man's life, but he was pronounced dead at the scene. Police said on Sept. 2 that the victim was a 34-year-old man, whose identity was withheld pending notifying next of kin. There is no suspect in custody.

If you have any information about either shooting, you're asked to call APD.

By KVUE's count, these are the 53rd and 54th homicides in Austin for 2021, with four months left in the year. Last year, there were 48 total homicides.

This is a developing story. Check back for updates.

Defenders: The eight-year effort to bring vegetation back to Lake Austin