16 weekend shootings result in one dead, 10 injured including a minor 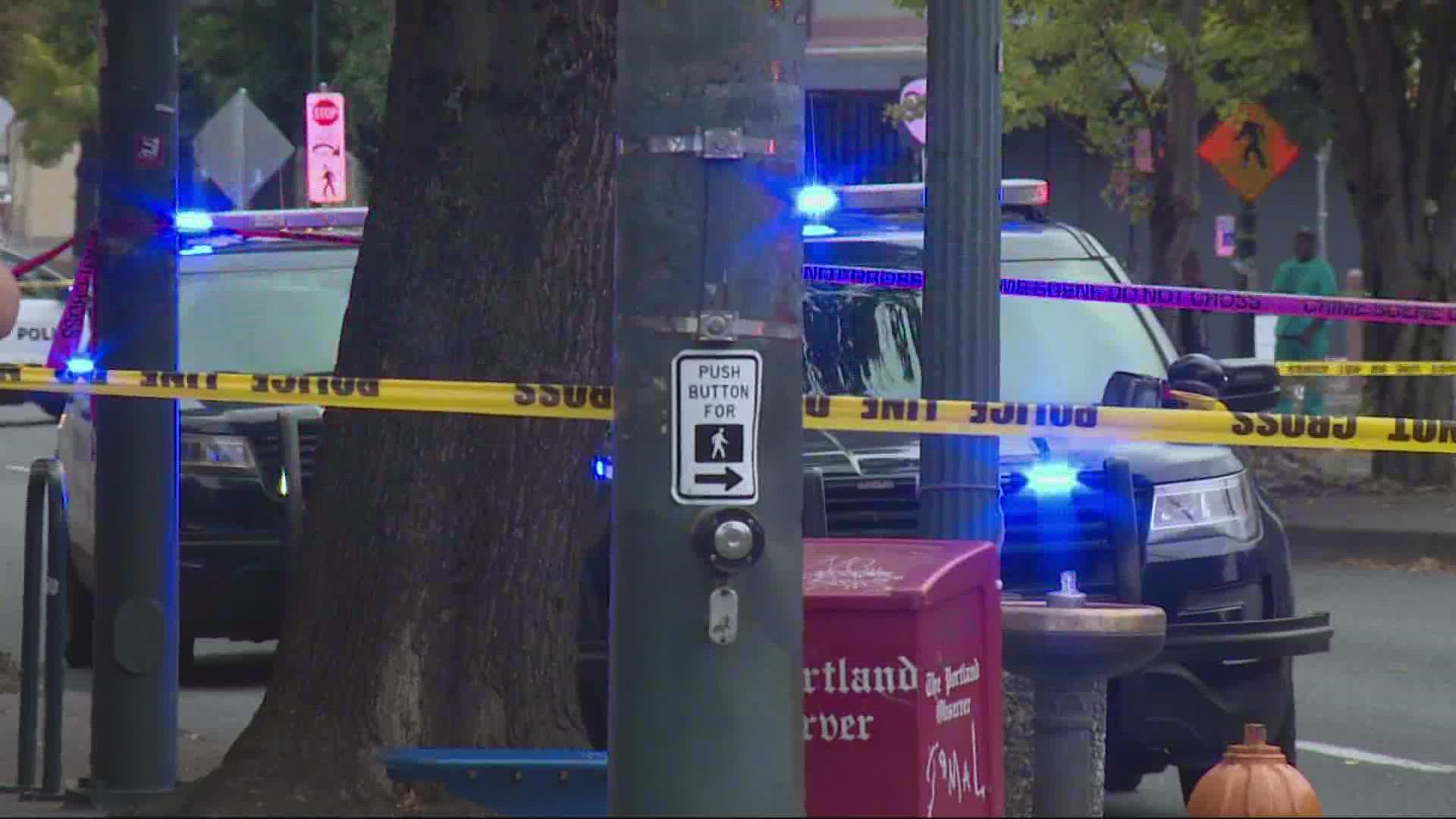 PORTLAND, Ore. — Portland Police Bureau (PPB) is investigating multiple shootings over the weekend that left one man dead and several people injured, including someone under 18.

The first was Friday night in the busy Alphabet District on NW 21st and Glisan. Witnesses told police a shooter fired about ten shots into Silver Dollar Pizza, killing 34-year-old Jacob Knight-Vasquez and injuring two others. Police did not make an arrest.

Later in the weekend around 2 a.m. on Sunday, police found three people shot outside a bar near NE 14th and Broadway in the Lloyd District. All three went to the hospital and are expected to survive, but police did not find the person who did it.

Then in the daylight hours of Sunday evening around 5:30 p.m., Police responded to NE Fremont St. and MLK Jr. Blvd. They reported that a juvenile was shot, but conscious and breathing when they arrived. Medics took that person to the hospital. The case number for this shooting is #21-269152.

"There was a car, a drive-by shooting," said Anirut Tebuteb, who works at Zaap Thai near the intersection. "It was a red light, they shot out the window, hit someone, and they left."

Tebuteb expressed concern about the victim's wellbeing and that police had not reported an arrest yet.

"It's pretty sad to see," he said. "It's getting ridiculous around the area."

He echoed many Portlanders who have been calling on local leaders to address the growing issue of gun violence.

"It's no secret we don't have enough resources to address the problem," PPB Sgt. Kevin Allen said.

Many neighbors and families who have felt the direct impact of gun violence say change can't come soon enough.

"Come up with a plan or something to make the community better, the people feel more safe," Tebuteb said.

On Sept. 25 at around 6:50 a.m. officers responded to North Sacramento Street and North Williams Avenue to a shooting. PPB said an adult man "associated with the incident" was later admitted to a local hospital with a non-life threatening gunshot wound. (Case #21-267694)

On Sept. 26 at around 8:28 p.m., officers responded to a hospital after a man was admitted. He sustained a non-life threatening gunshot wound. Police believe the shooting occurred in the 6200 block of SE Foster Street. (Case #21-269295)

On Sept. 26 there was another shooting on MLK Jr. Boulevard. Police responded just after 11 p.m. in the 12100 block of SE Martin Luther King Jr. Boulevard and found one man suffering from a non-life threatening injury. He was taken to a local hospital for treatment. (Case #21-269430)

If you have any information regarding any of these cases, PPB asks that you email crimetips@portlandoregon.gov and reference the case number or you can call Oregon Crime Stoppers and remain anonymous. Any tip that leads to an arrest is eligible for a cash reward of up to $2,500.