Some have questioned why hospital marketing employees and administrators have been vaccinated despite guidelines that put patient-facing employees first. 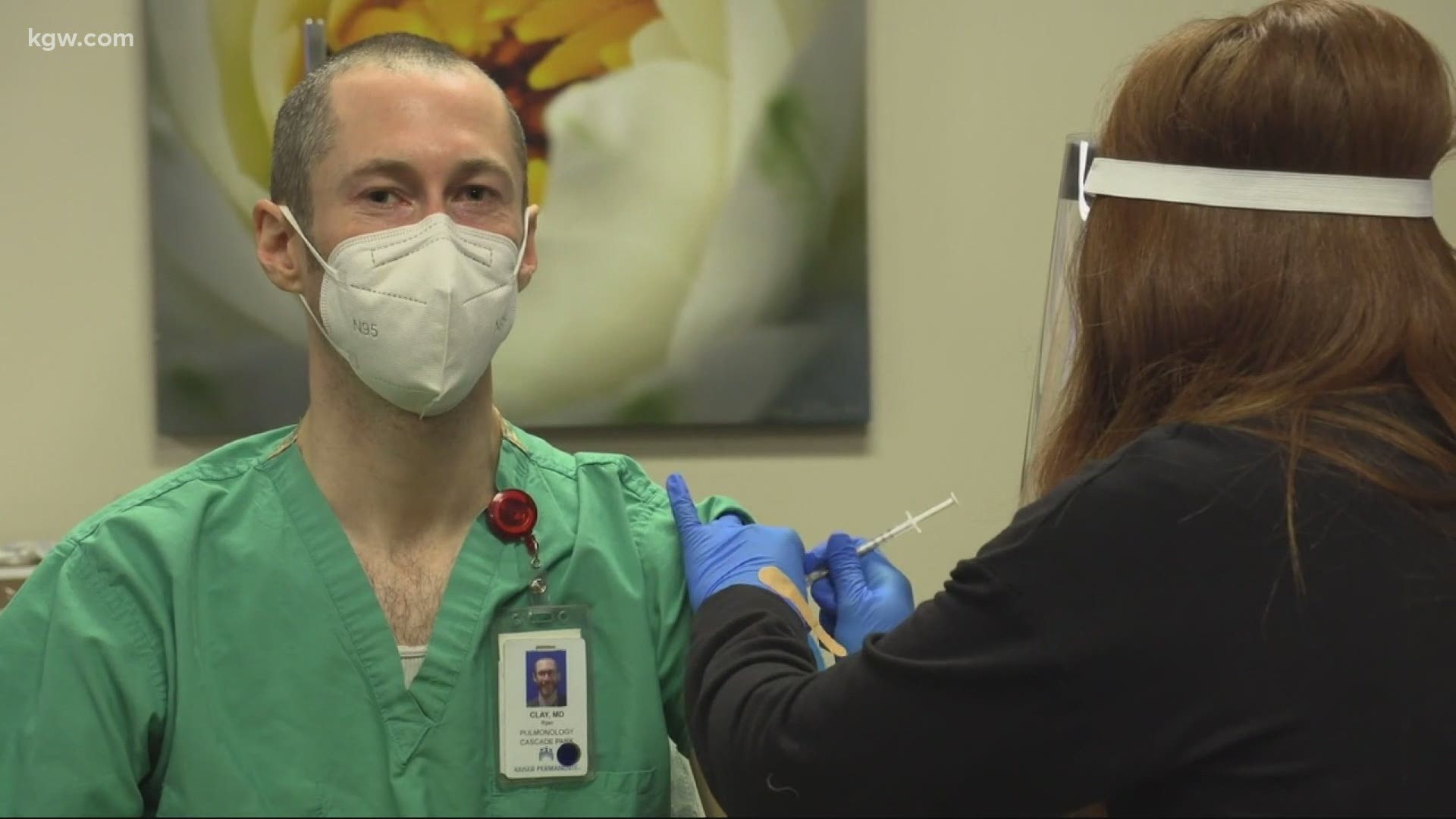 The state of Oregon’s plan all along was to vaccinate health care workers first, the people who come in contact with patients and are most at-risk of getting COVID-19.

Some KGW viewers sent emails asking why hospital marketing employees and administrators were posting pictures of themselves on social media getting the vaccine.

In a news conference this week, Oregon Health Authority (OHA) officials said what they thought was an isolated incident was more widespread.

“We have become aware of vaccinators vaccinating staff kind going beyond the 1a categories definitions, which are people involved in risk of patient contact. The key is contact,” said Patrick Allen with the OHA.

Allen said in the news conference hospitals should not be vaccinating employees without direct patient contact and said updated guidance would be going out to hospitals.

"It's more widespread than we first thought. We are providing some very direct guidance out that we are still in category 1a and we shouldn't be moving on to the people without patient exposure,” said Allen.

Federal guidelines adopted by the state of Oregon put people with direct contact with patients at the front of the line, but health systems were left to interpret the rules in their own way.

Providence hospital officials said they were following OHA guidelines from Dec. 18. A spokesman referred KGW Investigates to a section of the code that stated:

"HCP include, but are not limited to, emergency medical service (EMS) personnel, nurses, nursing assistants, home health care personnel, physicians, technicians, therapists, phlebotomists, pharmacists, students and trainees, contractual staff not employed by the health care facility, and persons not directly involved in patient care but who could be exposed to infectious agents that can be transmitted in the health care setting (e.g., clerical, dietary, environmental services, laundry, security, engineering, and facilities management, administrative, billing, and volunteer personnel)."

Providence spokesman Gary Walker said a Providence hospital administrator seen in a social media post getting the vaccine had volunteered at a clinic at the end of December, checking in people to be vaccinated.

Legacy hospital officials said they are only vaccinating patient-facing staff, not staff without patient contact.

Kaiser officials said they are focused on frontline healthcare workers or first responders.

The VA Portland Health Care System said they are vaccinating all employees and will continue with that plan.

“Yes, we are. The COVID vaccine is useless unless it's in someone's arm. So, the vaccine sitting in a freezer doesn't help anyone. Many of our employees aren't direct patient facing, but they come into the hospital every single day,” said VA Portland Director Darwin Goodspeed.

While the VA in Portland works closely with the OHA, the hospital takes its guidance from the federal government.

“We partner with OHA very, very closely, but we're a federal entity. We respect their position and where they're going from a state perspective and figuring out how to cover as many people as they can. We have figured out how to get 80% of our patient facing staff vaccinated,” said Goodspeed.

The surgeon general, Dr. Jerome Adams, told NBC News he feels the states are too beholden to the guidelines and states should vaccinate as many people as possible.

“Your headline should be surgeon general tells states to move quickly to other priority groups. If the demand is not in 1a, move to 1b, 1c,” said Adams.

The other risk when following the guidelines too strictly is not finding the people who fit the group and wasting vaccines.

Legacy spokesperson Brian Terrett told KGW via email, “We find that some of the vials the Pfizer vaccine comes in may have six or seven doses rather than the five vaccines we expected. The expired vaccines resulted from planning to give five, but having more and not having someone scheduled. Given that we actually have ended up with almost 1,000 extra doses. So while we had 27 vaccines expire, we are also ahead in our count of vaccines.”

Do you have a story you want us to investigate? Let us know. Email Cristin at CallCristin@kgw.com

RELATED: 400,000 Oregonians now eligible for COVID-19 vaccines, but system to get one still isn't set up

RELATED: VERIFY: No link between infertility or miscarriage and the COVID-19 vaccine

RELATED: US registering highest deaths yet from the coronavirus pandemic