The town of Otis in Lincoln County was one of many Oregon towns devastated in September's wildfires. 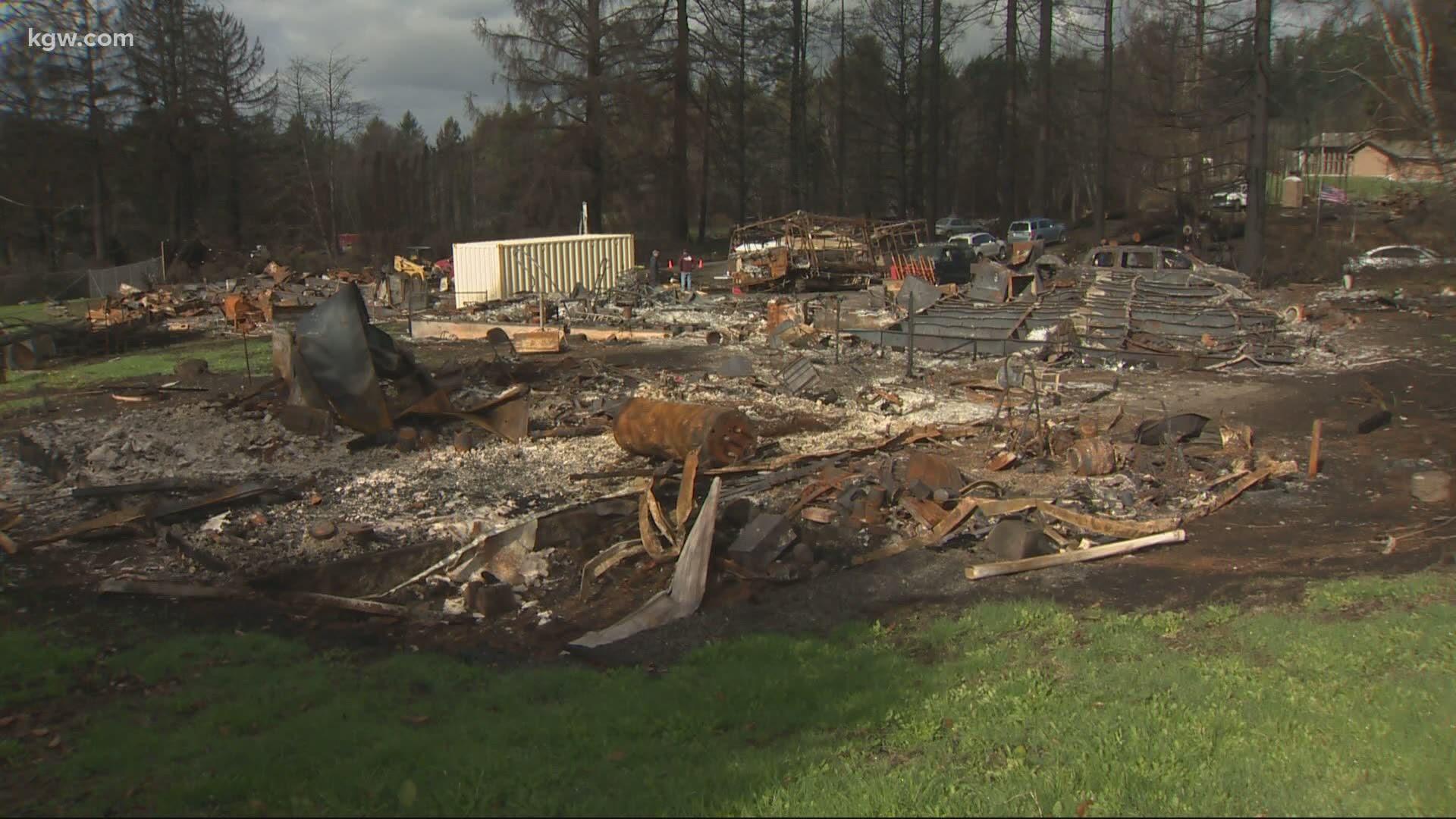 OTIS, Ore. — The Echo Mountain Fire ravaged through Pony Trail Lane in the coastal town of Otis in early September.

"The fire was so hot, aluminum melted. That's almost 1300 degrees, so it was pretty gnarly. There's not much left," said Corey Rivera, who lost his home in the fire.

The father of eight had to rush his family out in the middle of the night. But while the fire destroyed his belongings, it did not take down his faith.

"We just trust God with whatever is gonna happen We want to be part of it," said Rivera.

He was able to borrow equipment to clean his lot and posted about helping a few others on Facebook.

"Six weeks later, we have a list of almost 160 different volunteers, centers, groups and people and equipment from three different states and money and donations," explained Rivera.

He turned his home into a command center where dozens of volunteers showed up Saturday to clean properties for 26 homeowners. From chopping trees to clearing metals, neighbors and strangers stepped in to help each other, putting their own losses aside.

Don Stuart is known in the Otis neighborhood for having phenomenal decorations for Christmas.

"It looks like kind of a Christmas Disneyland," said Stuart "I had 100,000 lights up last year and it makes the meter spin."

Only a hint of what would have been this year's decorations is left.

"We never expected to be taken out by a fire. A tsunami, earthquake yes. Fire, no." He too lost everything. His flag flies at half staff and his faith keeps him going. "Next year will be different and I'm gonna come back bigger and better."

It's a community woven together by faith and support for each other.

The volunteers will be at Pony Trail Lane for the next eight days cleaning up the lots. They hope their efforts inspire others to do the same in their own neighborhoods.

RELATED: A family bonds over what they've lost to the fire in Otis