'We are desperate for drivers': Disabled American Veterans pleads for volunteers

Volunteer DAV drivers help veterans by transporting them to and from their medical appointments, and currently, there's a major shortage of help. 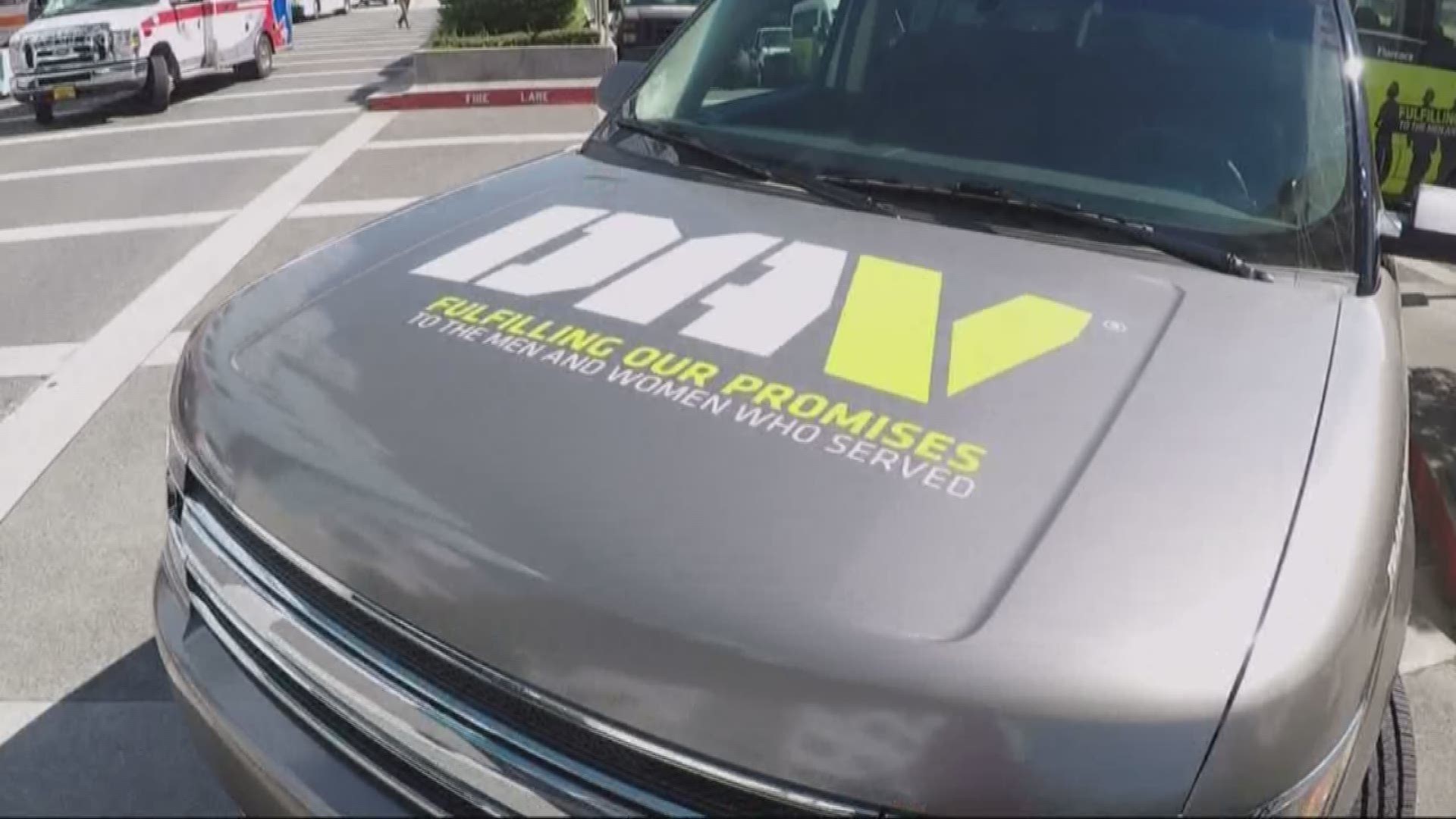 PORTLAND, Ore. — If you can spare a little extra time in your day to do something helpful for someone else, consider volunteering with the Disabled American Veterans. It's a national organization that operates in our area and helps make veterans' lives a little easier.

For disabled veterans in the area, it's often hard getting to and from their medical appointments, but volunteer drivers with the DAV give a helping hand by taking veterans where they need to go when they don’t have other, convenient means of transportation.

Wanda Janus, a DAV supervisor, said the Portland metro area is in desperate need of volunteer drivers. She hopes people step up to serve the men and women who have served our country.

HOW TO HELP: Volunteer for the Disabled American Veterans

Bill Gritzbaugh is one of the DAV’s volunteer drivers. For the past six and half years, he has spent a couple days a week picking up veterans. Bill, who just so happens to be a veteran himself, said he hopes people take the opportunity to give.

"It puzzles me why people aren't beating down the door to do what I do," Gritzbaugh said.

He said he enjoys being there as a listening ear, hearing history from the source. "I've heard stories from World War II guys, Korea, POWs," Gritzbaugh said.

But it’s not just the older veterans who need help. Janus said there are many younger veterans also in need of assistance.

"The younger veterans are coming back with much more serious injuries because the medical care in the field is so much more advanced that they're surviving the catastrophic injuries," she said.

As for Gritzbaugh, he has a heart for helping his fellow veterans. It's clear he cares.

"We a have a lot of guys, what we call frequent fliers. They're coming in every day for radiation or chemo and those are guys that really need a little handholding," Gritzbaugh said as he held back tears. "Sometimes I get choked up."

But after driving for so many years, he’s figured out ways to help ailing veterans get through some of their most difficult times.

"You get them distracted and talk about something fun, and you try to leave them laughing," he said.

The laughter and human connection is therapeutic for both veteran and volunteer.

We rode along with Gritzbaugh as he drove Michael Vejraska to his medical appointment. Vejraska lives in the Gorge and had to take a van from The Dalles to the VA Hospital in Portland. That’s where he met up with Gritzbaugh to hitch a ride to Beaverton.

Vejraska is a Marine Corps veteran. He said he joined up right out of high school and served from 1989-1993.

He said he's dealt with multiple health issues stemming from his service, one of which is a traumatic brain injury. It makes it difficult for him to remember certain things and impacts the way he speaks.

In the car, he carried a pink notebook in his lap. It's what was available at the dollar store. It helps his thought process.

But this kind of help hasn't been so easy to find these days. Fewer and fewer people are volunteering to be drivers.

"Right now, we are desperate for drivers," Janus said. She listed Portland, The Dalles, Salem, Albany, and Longview, Washington as their biggest areas of need.

Without drivers, Janus said, veterans often don't get the medical help they need.

"Without being able to move the veterans, many of them don't get to their doctor's appointments. If we can't take them, they often cancel their appointment," Janus said.

"People are busy," she said. "Patriotism is kind of out of favor right now."

But she said anyone can volunteer to be a driver if they meet the basic requirements. Some of the requirements include getting a physical and security check, having a valid Oregon or Washington driver's license, and having personal insurance for their personal vehicle.

HOW TO HELP: Volunteer for the Disabled American Veterans

If prospective volunteers make it through the checks, the VA is self-insured and covers the DAV cars. Volunteer drivers do not have to be a veteran themselves to qualify.

If you’re interested in volunteering, call the VA Medical Center at 503-220-8262 and ask for "Voluntary Services." Let them know you'd like to be a driver and the area you'd like to cover.