Jenica Villamor didn't know the Arevalo family. She just knew she wanted to help in whatever way she could. 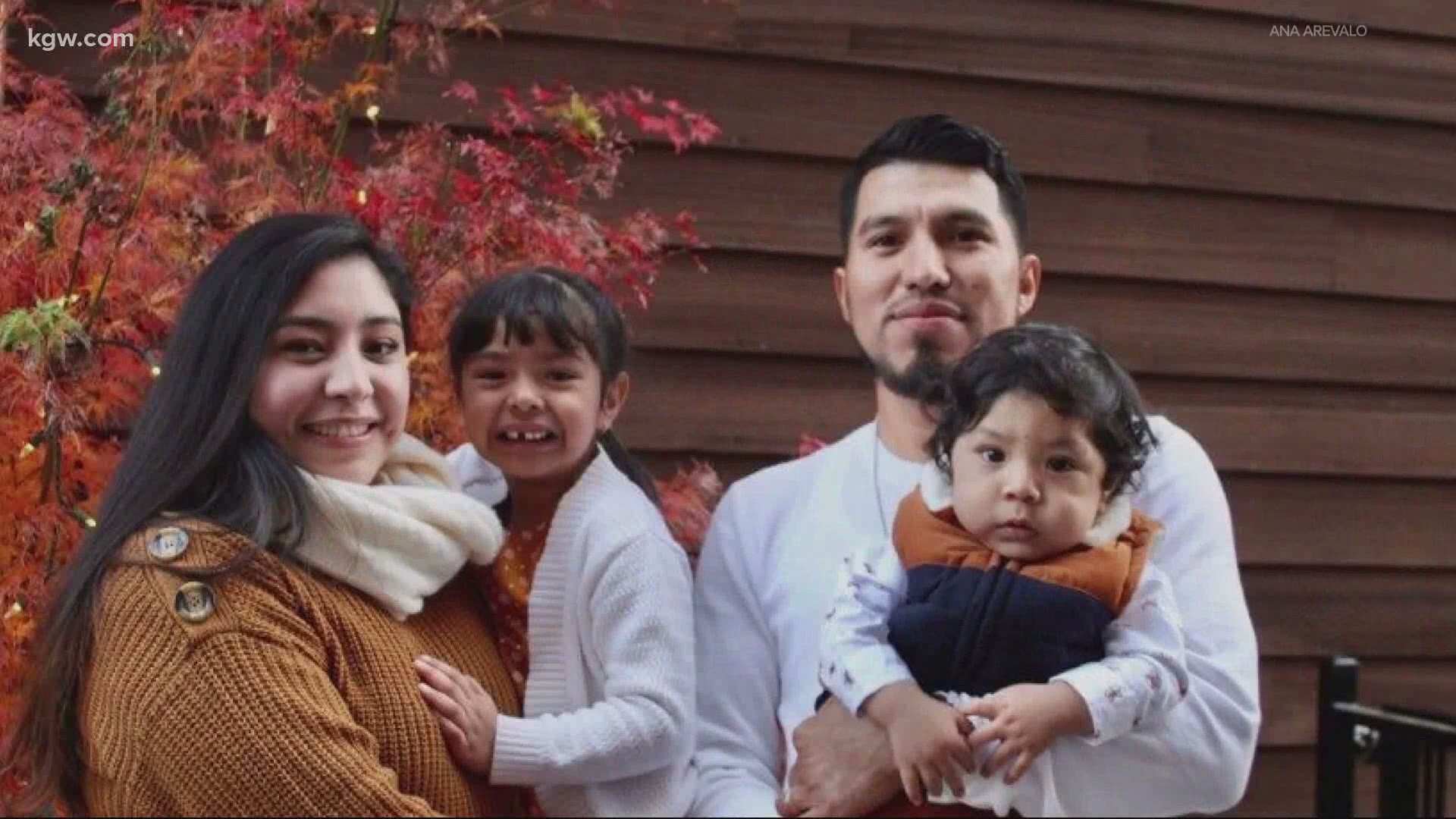 PHOENIX, Ore. — Thousands of families in Southern Oregon have lost everything after the Almeda fire tore through neighborhoods and communities. But individual families are getting help thanks to some of have decided to "adopt" families in need.

Ana Arevalo remembers very clearly how her day unfolded about two weeks ago.

"I got on social media and I saw that the fires were two miles from Talent," she said. "We live in Phoenix so it's not too far away."

She said she grabbed up essential items and blankets from the bed in case they had to leave and sleep in the car.

"We're like, 'OK, it's in Talent. It's close by, but far enough to where I was hoping they would contain it,'" Arevalo said.

But the Alameda fire, fueled by wind, moved fast.

"I happened to look out the window and I see this huge black cloud of smoke right outside of our window," Arevalo said.

That’s when she knew she and her kids had to leave.

"We didn't get a knock on the door," she said. "We didn't get a warning, an evacuation, nothing. So, it was just my mom instincts, I was like, 'I need to get my kids out of here. I need them to be safe.'"

Arevalo ran to the car with her two kids, 5-year-old Genesis and 18-month-old Arley.

"I was shaking and I was telling myself everything was going to be OK," she said. "By then my daughter is crying. She's like, 'Mommy what's going on, what's going on?'"

Arevalo said her husband was working in Ashland, so when the highway was closed, he couldn't get to her. So she just drove and got out of there.

Later, with nowhere to go, she and the kids got ready to spend the night in the car in nearby Medford.

Then she got more bad news.

"We got a call that our home had burned down, that there was nothing left," Arevalo said.

Her home is one of more than 2,500 buildings that burned in the Almeda fire. The Arevalo family initially stayed in a hotel, paid for my Arevalo’s employer. She is a Certified Nursing Assistant at Providence. Arevalo said they are now staying with other family who have a place to stay but who also lost their home.

She said it's been difficult asking for help.

"The first couple of days people were reaching out and we're like, 'No we're OK, we're OK.' But we got to the point where it's like, OK, we have nothing. We have to start over. Any help we can get, we need to take," Arevalo said.

Enter a little of that much-needed help.

"I honestly felt really helpless because here I am, my house is still standing," said Jenica Villamor.

Villamor, who lives in Vancouver, was overwhelmed after seeing so much destruction.

"You see all these horrible things happening around you but you feel like what are you supposed to do about it? What can you do about it?" Villamor said. "I couldn't sleep because on my social media feed, I just see family after family, people needing help."

But she found a way to help, through posts on a trusted friend's Facebook page who she said was sharing different stories of families who needed help and posting resources.

That friend, Haley Maddox, was on the news in Medford with her husband, Tyler. Villamor said Maddox had "adopted" a family to help. Villamor decided she wanted to do the same.

So Villamor looked at Maddox's Facebook feed and found the Arevalo family.

"I just picked one. Didn't know them," Villamor said.

Then she got her friend, Iman Pirasteh, involved. He lives in Southern Oregon.

"Jenica reached out and she's like, 'I wanna do a GoFundMe for this family.' I'm like, 'Let's do it,'" said Pirasteh, whose home in Ashland was not damaged by the fire.

Villamor said in a day and half, they were able to raise $800.

"They've been in contact with me daily and like I said, I've never even met them. That's the crazy part," Arevalo said.

In another twist, Arevalo said Maddox was her third-grade teacher growing up and the family that Maddox and other community members helped is Arevalo's cousin.

"It was crazy because she had no idea she was helping a family member already as it is," Arevalo said.

For now, Arevalo is trying her hardest to juggle starting over with almost nothing. She said her family has been trying to find a place to rent but the search has been difficult. In addition, her daughter is also starting up virtual kindergarten on Sept. 28.

"This is just not how I wanted her to start school," she said. "I was already nervous enough to have her start online and now not having a home and having to start online makes it so much harder."

But at least she’s got support both from the larger community as well as Villamor and Pirasteh. It’s clear that community connection is what made this kind of direct, family support possible. Villamor is now hoping others will step up to a help a family.

"There's no effort that's too little," she said. "Really one person, one action can make a difference."

"I know in the long run, it's going to be a long road to recovery, but I think little acts of kindness go a long way," Pirasteh said.

Meantime, Arevalo said both Villamor and Pirasteh are a blessing to her family.

"I don’t even the words to describe this act of kindness," she said. "I feel like a simple thank you is not enough for everything they are doing for us."

Villamor said she plans to drive down to Southern Oregon on Wednesday night, then spend the rest of the week through the weekend volunteering and helping in whatever way she can.