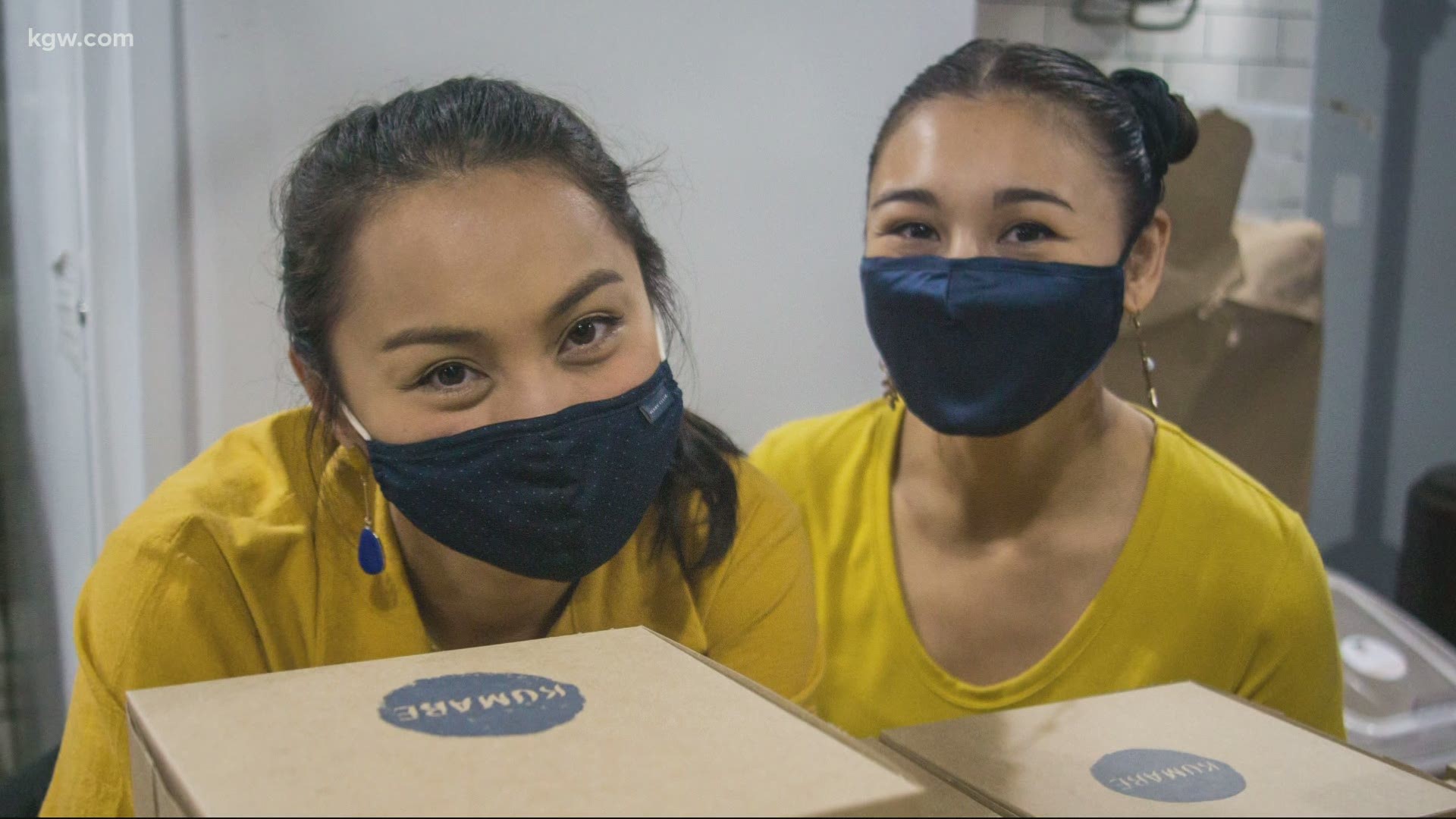 PORTLAND, Oregon — Ada and Carla Chavez’s parents moved to Oregon from the Philippines before the sisters were born. Growing up, the sisters remember eating homemade Filipino food their mom would make.

"We still got to experience the culture through the food that my mom fed us," said Ada Chavez. "Growing up, we would take, like, frequent trips to the Philippines."

But in Oregon, the family had to drive 19 hours to Southern California from Grants Pass to find ingredients for those traditional dishes.

"They (their parents) would buy in bulk all the products they couldn't get in Oregon," remembered Ada Chavez. "Then we'd have like a stockpile of Filipino ingredients at home."

Years later the Chavez sisters, rooted in their culture, are bringing traditional Filipino treats to Portland. It all started when the pandemic hit and Ada lost her bartending job.

“For me, it was really hard because a lot of it was just fear of what’s going to happen?” she said.

But, like many during the pandemic, the sisters started baking more, then came up with an idea.

"We both wanted to share our culture through food and wanted it to make it more accessible to people, especially if they have dietary restrictions," said Ada Chavez.

In December, they started their plant-based Filipino bakery called Kumare, a term of endearment in Filipino. "We want to be like, 'Everyone’s like good friends,' to show you we love you and here’s all the food we want you to give you," explained Chavez.

They've had four successful pop-ups since January and ultimately want to save up for a brick and mortar and inspire others along the way, "Show other women that look like us, 'Yeah you can do this too, you can step up, you can own your own business, you can make products for yourself and make a living off of this,'" said Ada Chavez.