Nearly three dozen videos show those walking by giving it their best shot. 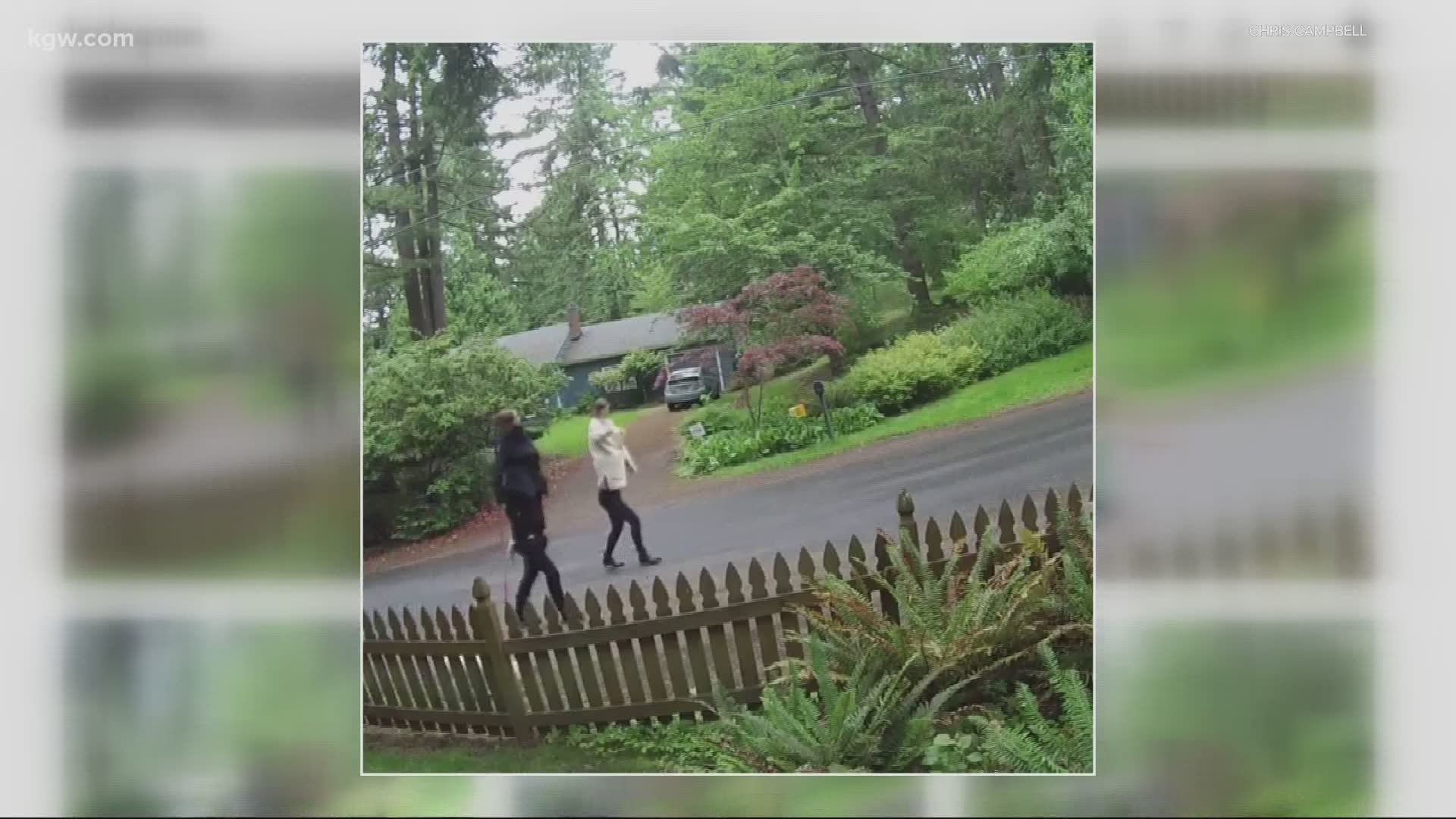 PORTLAND, Ore. — Chris Campbell, like a lot of us, has a little extra time on his hands these days. He, his wife and his 7-year-old son wanted to give those that walked by their house something to smile about.

After a similar idea out of Michigan that gained a lot of attention, the Southwest Portland family created their own Ministry of Silly Walks right outside their Hillsdale home.

"It's been a fun thing to do with my kid. I have a 7-year-old. So, he's enjoyed it. It's kind of an activity for us and my wife," Campbell said.

The neighborhood version of the Ministry of Silly Walks is a play on a popular Monty Python's Flying Circus comedy sketch with John Cleese.

"It's been a long time since I've seen a lot of the Monty Python stuff. Certainly remember the ministry of Silly Walks," Campbell said.

Campbell's sign at both ends of his property lets walkers and joggers know they are about to enter the "Jurisdiction of the Ministry of Silly Walks and to commence silly walking immediately."

The nearly three dozen videos posted on Campbell's Instagram page, Portland.Silly.Walks shows those walking by giving it their best shot.

"Families will always do it. I would probably say half the people walking by will do it," Campbell said.

"It's fun when you see one person by themselves doing it, we get quite a few," he said.

Campbell checks the camera every day. He says they get anywhere from four to 10 people that pass by their home every day. His wife, Stephanie, helps pick out the music. It's become a family affair making his followers, family and neighbors enjoy a good laugh.

"There's a lot of people saying thank you, thank you for putting a smile on my face. It's been fun giving people maybe to think about something else and have a good time and get their mind off what's going on around us."