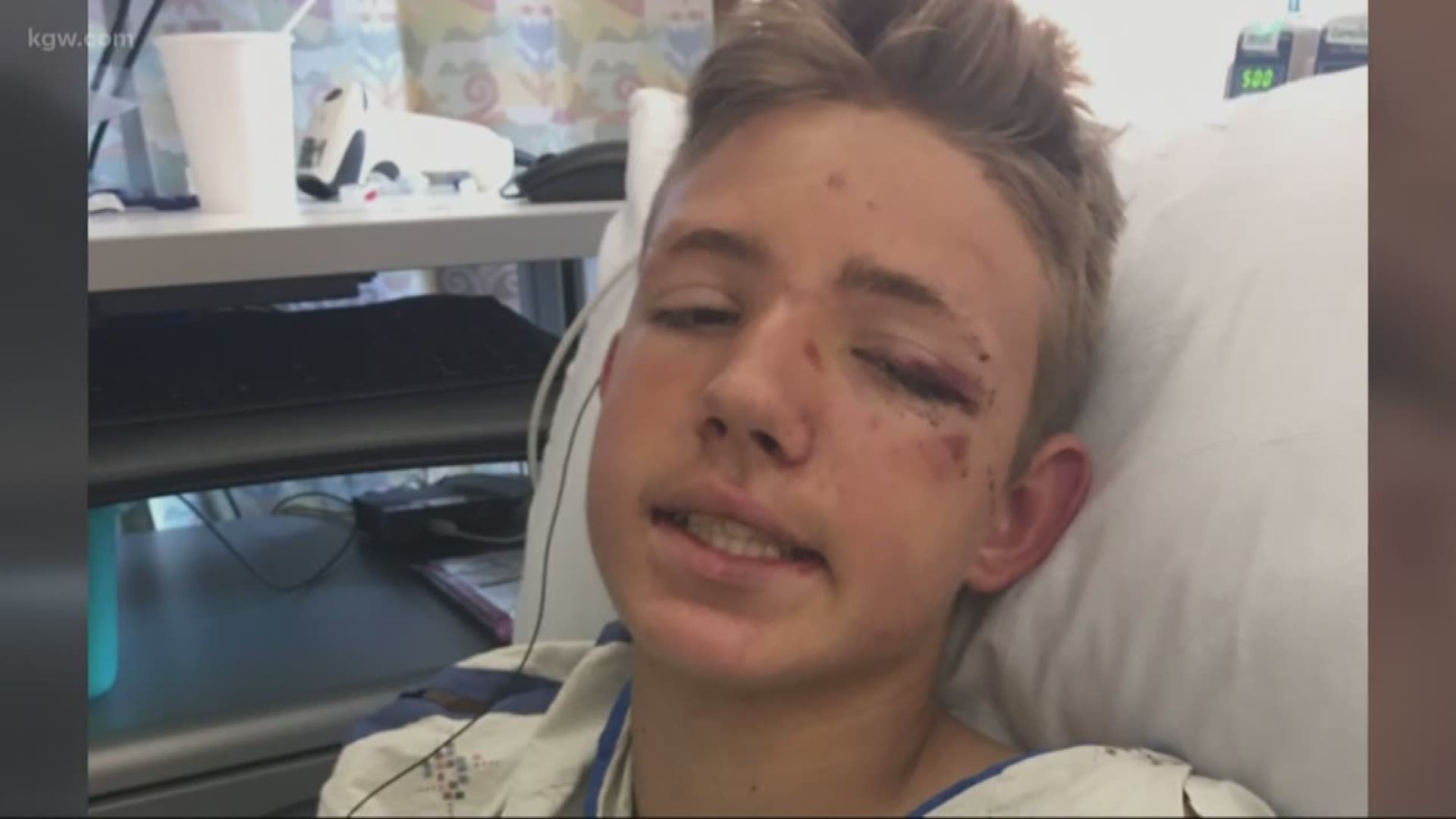 SALEM, Ore. —
People from around the state have been touched by the story of a 13-year-old from Salem.

James and his mother Anita Dugger were driving on I-84 in Gilliam County Sunday.

Another driver was going the wrong way in the eastbound lanes and hit their car.

Anita and that other driver were killed in the crash.

James was injured and rushed to OHSU in Portland.

Anita was a single mother.

James’ coaches and teachers have stepped up to make sure he's supported.

James plays football and basketball, and runs track and field.

His coaches started a Gofundme page to make sure James doesn't have to worry about burial expenses for his mother, or any other expenses that might come from this tragedy.

“We're definitely concerned as a community with not just the physical trauma that he went through, but he’s got some mental stuff that he’s gonna have to do and come to grips with. We’re just hoping that the community can continue to surround him with the positive things that he needs to get through it”, said coach Rusty Keith.

James is dealing with several injuries from the crash, but his coaches say he's improving every day.

According to the Gofundme page it could still be several months before he gets out of the hospital.