Mother's Bistro & Bar is set to reopen Thursday at a 50% indoor capacity. Hours will be limited for now. 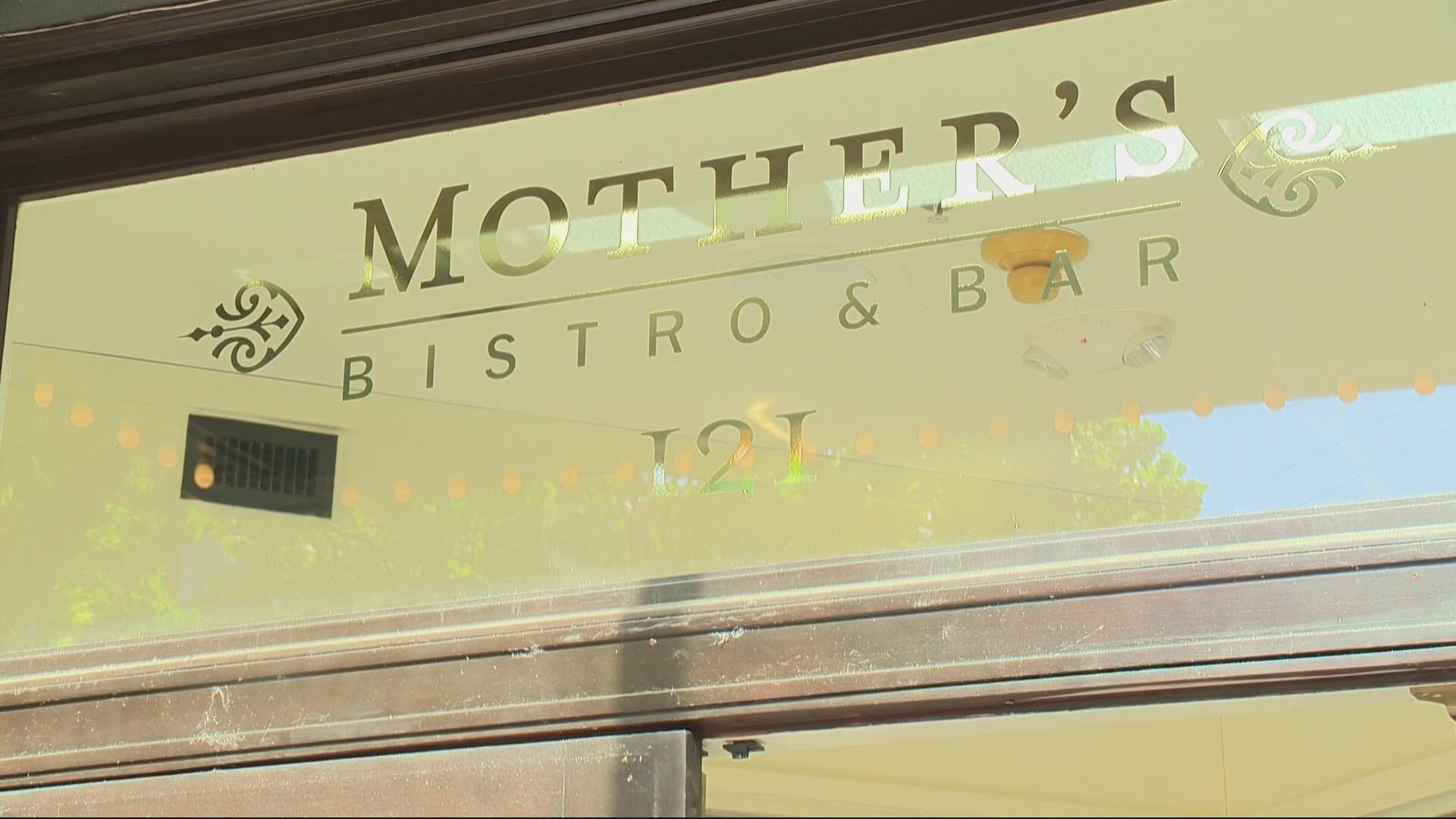 PORTLAND, Ore. — Mother's Bistro & Bar, a local favorite in downtown Portland, is ready to reopen after being closed for a year, owner Lisa Schroeder announced Wednesday.

“The time has come to take the boards off the windows and be reborn," said Schroeder.

The plywood has already come down as the restaurant prepares to reopen Thursday of this week.

"We served thousands of people a day when Mother’s was open. And when the pandemic hit, we were doing not even a 100,"  said Schroeder. "It really wasn’t worth it for us. We were really losing money every month and then the protests started and my staff couldn’t even get downtown.”

Credit: ck
Mother's plywood board with painting by local artist

They closed and boarded up last June. Artist Xochilt Ruvalcaba painted a mural over the plywood of George Floyd and others who've been killed by police.

The mural will be go to nonprofit Don't Shoot Portland for storage, but a board on the outdoor patio will remain. That one has a painting of roses and the words, "all mothers were summoned when he called to his mama," in memory of George Floyd.

Mother's is set to reopen at a 50% indoor capacity with limited hours for now. Schroeder hopes the reopening of can contribute to the revitalization of downtown

"I feel like we all rise with the tide," said Schroeder. "It’s a trickle affect and after one another, we’re all going to be believing in downtown opening up our places and taking down these boards and getting ready to go back to living."

RELATED: Closed restaurants focus on the future, hoping to reopen