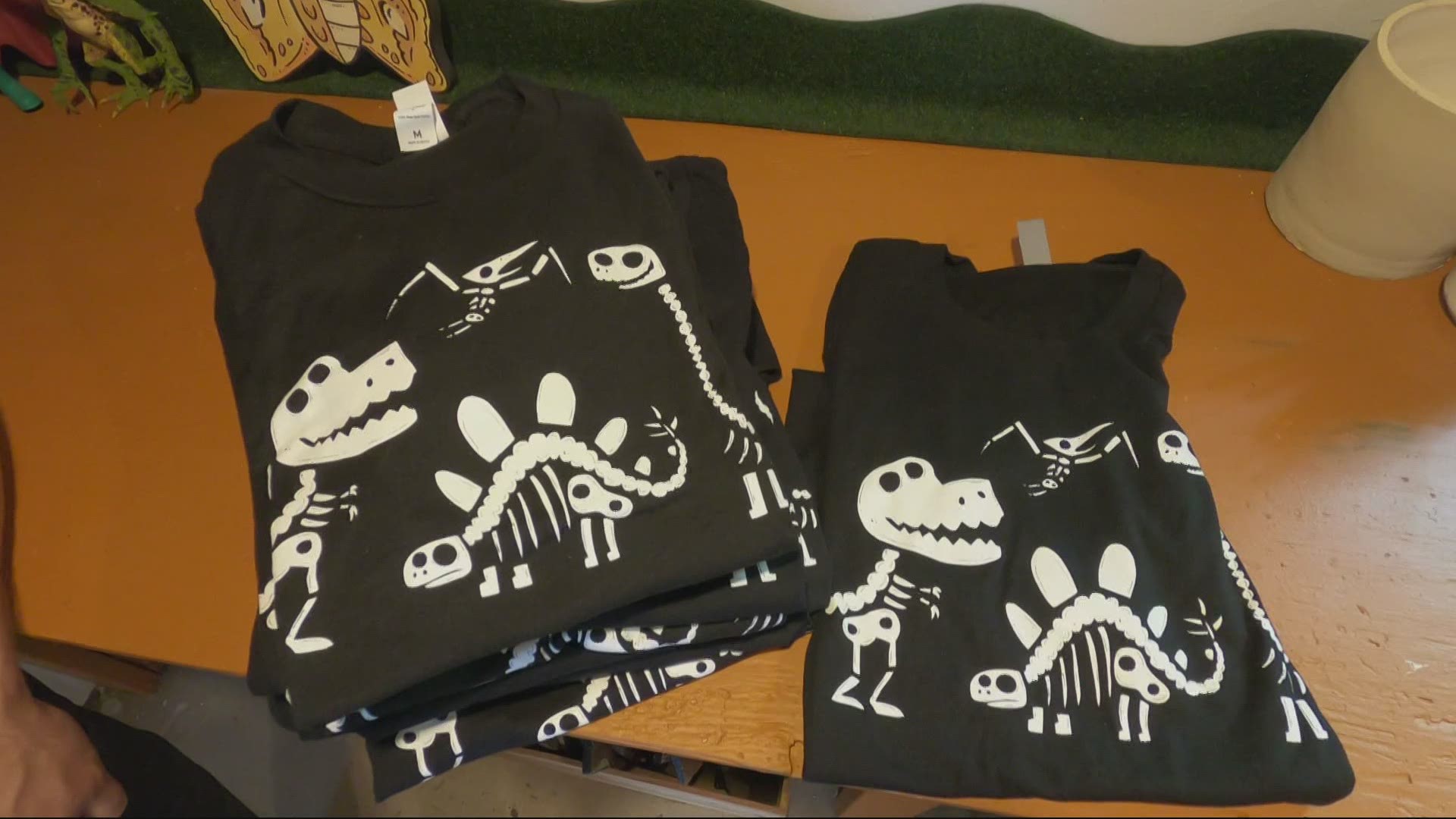 PORTLAND, Ore. — You may have seen Mike Bennett's cartoon creations around Portland. "I create these giant cartoon cut-outs that I've have been hiding all over the city for a few years now," said Bennett.

But recently, as the city announced plans to ramp up cleaning of homeless camps, a picture of one of his installations made the rounds on social media for a serious reason.

A Willamette Week article featured a photo with Bennett's glow-in-the-dark dinosaur bones juxtaposed against someone sleeping on a cold concrete sidewalk.

In a meeting with 25 law partners, Sam Adams described the mayor’s plan to create safe camping sites in Portland neighborhoods. And he pledged the city would move homeless campers from downtown sidewalks into these new campsites. @sophiegreenleaf reports. https://t.co/2LzFCqNdeS

"Unfortunately there is a houseless person kind of hanging out in front," explained Bennett. "I know that these pieces are outside during the coldest times of the year, and it really struck a chord with me, and I thought, we can do more."

He sent the picture to friend and owner of Shirt Nerdery, Rob Campbell. "It was upsetting to see people having such hardship," said Campbell, "and I was quick to say, yes let's work on something together."

They combined their skills to help. Within days T-shirts with the dinosaur bone design were printed and available for sale.

"They just look like dinosaur bones, just white, but you let it charge up they are going to turn bright green and glow in the dark," said Bennett, "which is a dream for any adult but also all kids."

Melissa Lang, with the nonprofit, says it's not the first time they've worked with Bennett. "We're very thankful for Mike shining a light on this issue," said Lang, "because community members forced to survive outside, you know, they deserve love, dignity and respect."

About 400 t-shirts ranging from $18 to $22 have been sold so far. Mike will match donations up to $1,000 total, and now two local businesses, EPIF vegan restaurant and Ship John, a leather and canvas store, plan on doing the same.

"It feels like if I'm able to do this work for my community then I should just give back as many ways as I can," said Bennett.

The T-shirts are available here.