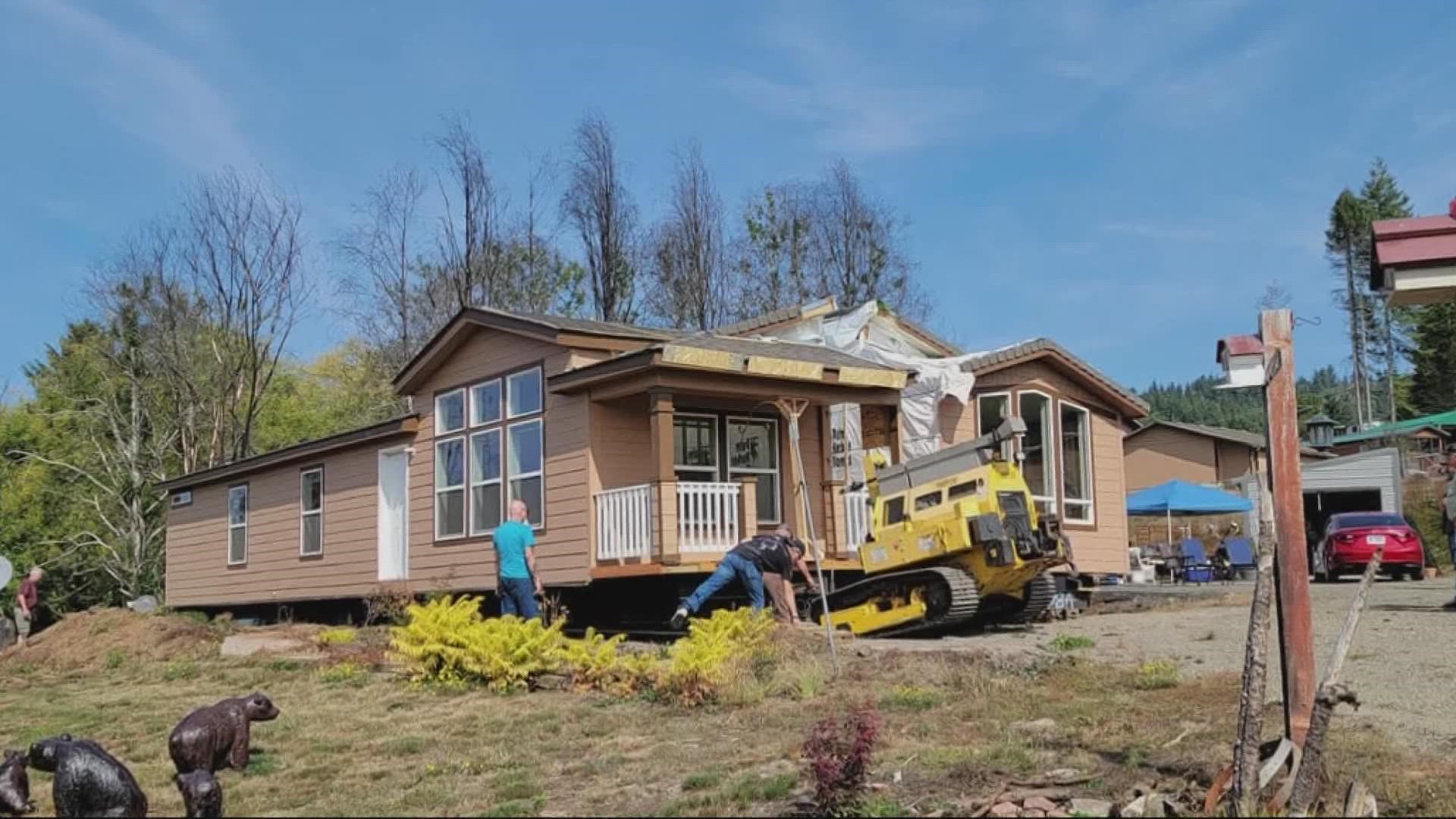 OTIS, Ore. — The coastal community of Otis, near Lincoln City, lost hundreds of homes during the Echo Mountain Complex Fire. But the community is still hard at work helping each other rebuild.

His home was destroyed. "You’re just in shock, you don’t have any emotions because 80 years of your life has disappeared right before you," he said.

The fire destroyed 293 homes in Otis. Unlike many others, the Skeltons did have insurance. "There’s not much to say or do," said Skelton. "You just have to pick yourself up and go on.”

He set up an RV where his home once was and joined a volunteer group to help clean up other damaged properties in Otis.

RELATED: Otis couple helping others rebuild after losing their own home in wildfire

"We knew if we didn’t help ourselves, no one else was going to help us," said Skelton.

Melynda Small led the volunteer effort. She, Skelton and others have been out every day since last October clearing debris so families can rebuild. "If you just come together as a community, help each other and be there for each other things get done," said Small.

Credit: Melynda Small
set up an RV where his home once was and joined a volunteer group to help clean up other damaged properties in Otis.

On Sept. 7, Skeltons' new home arrived to be placed on the same property. A year to the date after flames took away all they had, they are ready to move into a new home. “If we didn’t have good neighbors we’d probably still trying to put our lives back together," said Skelton.

The couple will be able to officially move into their new home in a few weeks. Small says of the 293 homes that were lost in Otis about 72 families are back in their homes.

The volunteers are still out there a year later –still helping each other as much as they can.