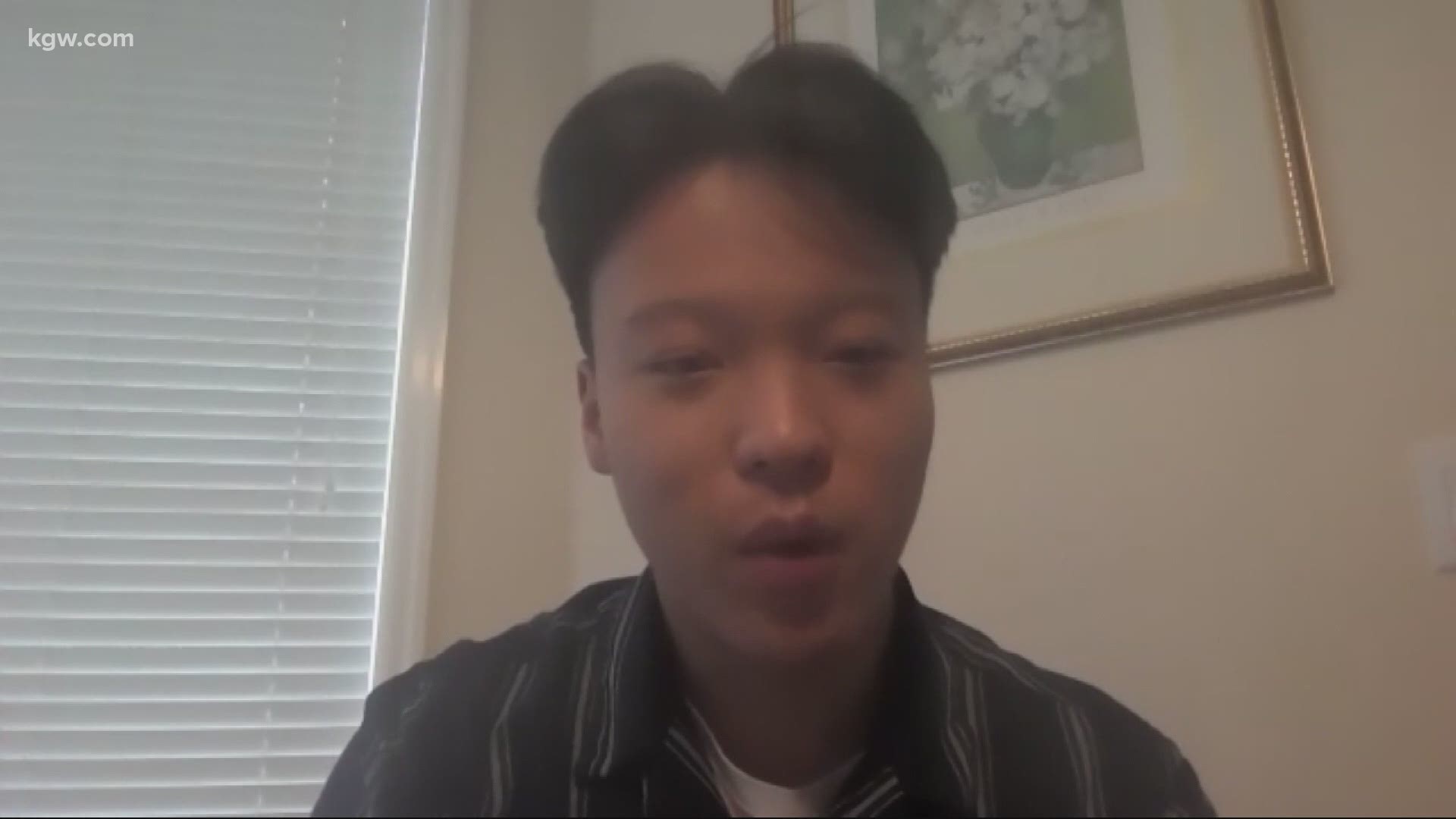 PORTLAND, Ore — A group of Asian American high school students are trying to raise awareness about mental health, something they say their peers desperately need.

They have used their time in quarantine to launch a nonprofit, Project Lotus.

The lack of knowledge and awareness when it comes to dealing with mental health issues is a problem in their community, they say. "I realized that this trend was mostly with my Asian American peers and I thought, 'OK, it's obviously not an individual's fault, it's probably caused by the Model Minority Myth," said Helen Chen, a junior at Westview High School.

The Model Minority Myth is a stereotype that places high expectations on Asian American kids to succeed in a specific field. Those who fail may be stigmatized, seen as weak-minded, and shunned by the community.

Because of this, the students say, Asian Americans may develop a fear of vulnerability and imperfection. They can also be less open to sharing their problems, bottling them up instead.

"We do that by tackling the model minority myth through culturally relevant education for the community and the empowerment of our community's voices," explained Daniel Gu, Westview High School junior.

They host webinars, community blogs and even a podcast, The Root Problem, where they host raw discussions surrounding mental health.

Asian Americans are three times less likely to seek mental health help than other Americans. The students say many factors contribute to that. "(There are) really, really distinct cultural differences, especially this intergenerational conflict that makes mental health a taboo topic among families," explained Gu.

Project Lotus hopes to bridge intergenerational gaps through their services. "I think that ultimately, I just want to see the same change I saw within my family surrounding mental health, just more understanding of what it was and more acceptance," said Gu.

Project Lotus aims to engage adults and students alike. They hope to provide services in different languages in the near future.