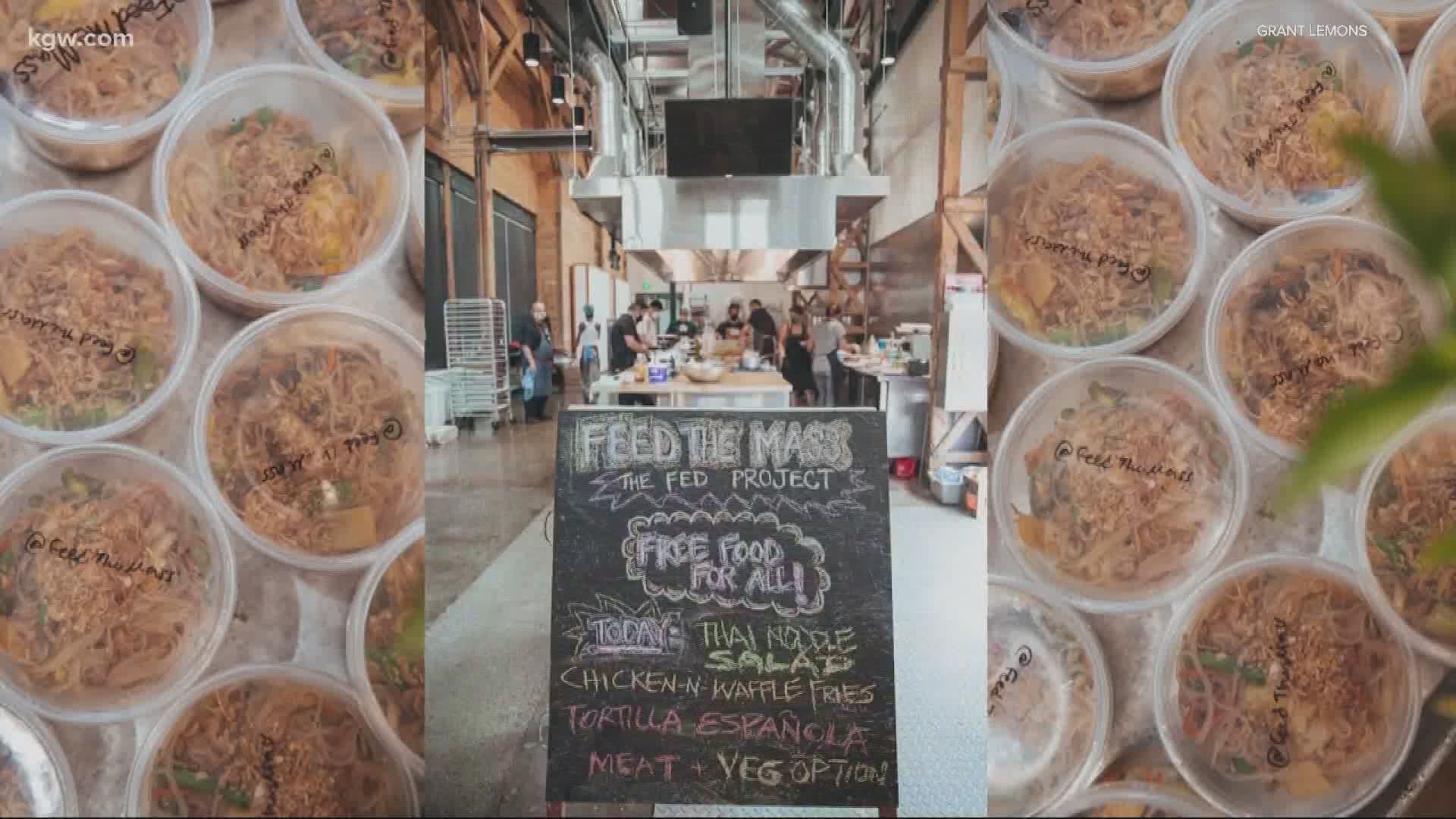 PORTLAND, Ore. — Jacobsen Valentine has been cooking his entire life and really wanted to teach kids and adults how to cook and eat healthy food.

In 2016 he launched Feed The Mass, a nonprofit that offers affordable cooking classes to the community, with a mission to empower through food.

"We started doing classes once a week, and from there it kind of blew up," explained Valentine.

He eventually quit his job to give Feed The Mass his full-time attention. This January, the nonprofit started offering cooking classes to kids and their parents at school but when COVID-19 hit and they had to press pause.

"A lot of our teaching is hands-on, it is one on one, it is a group activity, it changed our entire culture," said Valentine, who took a two-week hiatus after the cooking classes shut down. But when he saw the mountains of food waste in the early days of the pandemic, Valentine knew he had to do something.

“I started talking to a bunch of businesses and restaurants saying, 'Hey if you’re about to throw any food away, let me know and I’ll pick it up, I want to use it to feed people.'" That was the beginning of Feed the Mass' Fed Project.

In April, Jacobsen and his crew started cooking and giving out hundreds of free meals to people in need. They now operate out of an event space on SE Salmon. "We started doing three days a week, doing 300 meals and now we’re doing about 600 meals, three days a week," said Valentine.

Valentine and his crew have fed more than 12,000 people since April. The entire operation is volunteer-led right now and other Portland chefs are stepping in to help.

Vitaly Paley is the chef and owner at Paley's Place, Imperial, The Crown and Headwaters. He too was hit hard by the pandemic.

“Literally overnight, had to let over 200 employees either furloughed or laid off, businesses shuttered overnight," said Paley. But that didn't stop him from volunteering with the Fed Project. “As much as you might be in need yourself, there are people that need more than you do and I think that’s part of what went on in my head."

Paley and many other local chefs are joining Valentine in making clean, safe restaurant-quality food for those in need.

Valentine credits his faith for pulling him through hard times and helping others.

While the mission is to empower through food, the hope is for Fed Project to grow and expand beyond the community.

Free meals pick-ups are on Mondays, Wednesdays and Fridays at Redd East on SE Salmon. Feed The Mass is also looking for volunteers and donations to help the program.