The newest version of the game, released in April, is more inclusive than ever. And yes, you can still die of dysentery. 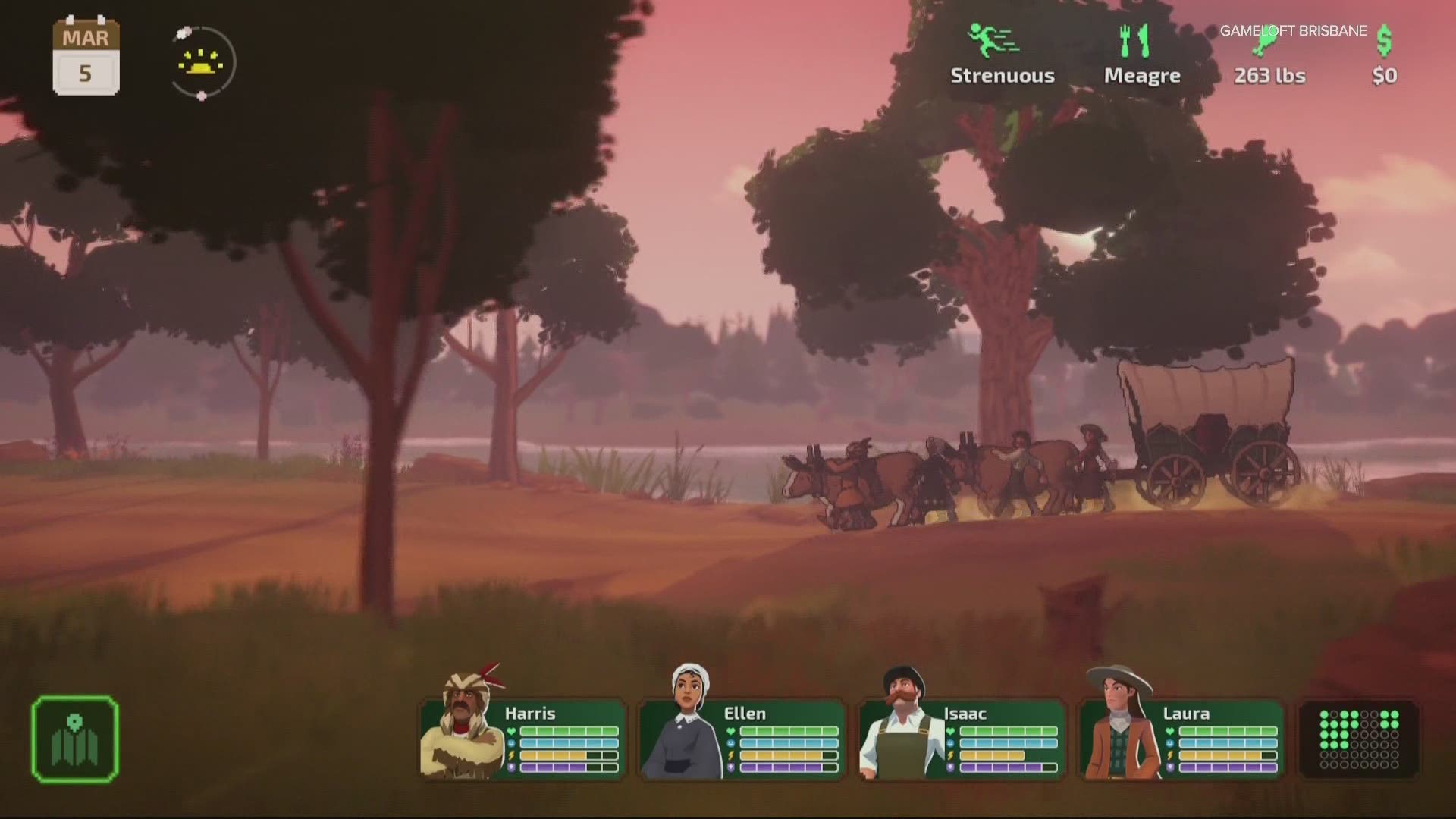 "That was the big hype, the big reward for being good and getting good grades," said Halfmoon.

She went to school on the Confederated Tribes of the Umatilla Indian Reservation. She was in fourth or fifth grade at the time and didn't have a complete understanding of some of the things portrayed in the educational computer game.

But Halfmoon says she found an unsettling connection.

The game has been around since the '70s and has been updated through the years. The company Gameloft redesigned the latest version to target original fans of the game and accurately represent Native Americans.

"More respectful representation of is really what we were going for," said Jarrad Trudgen, the creative director at Gameloft Brisbane. "I’m a white Australian, I’m not an expert in this area. So it was important and just the right thing to do," said Trudgen.

They reached out to three Native American historians and worked with them very closely throughout the whole development of the game.

The new version of The Oregon Trail came out in April. Unlike previous versions, it now has playable Native American characters. Trudgen says Native Americans in the original game were either threats or tools.

He said the new version also includes Native American and Black historical figures like Biawacheeitchish, who was a female crow chief, and Moses Harris, a Black wagon train leader.

“Downloading it, going in to it I was really excited and pretty pleased to see these results and the representation they attempted this time around," said Halfmoon.

While they've made many changes, one thing remains. Players can still die of dysentery.

RELATED: 3 women of color newly elected to Beaverton school board