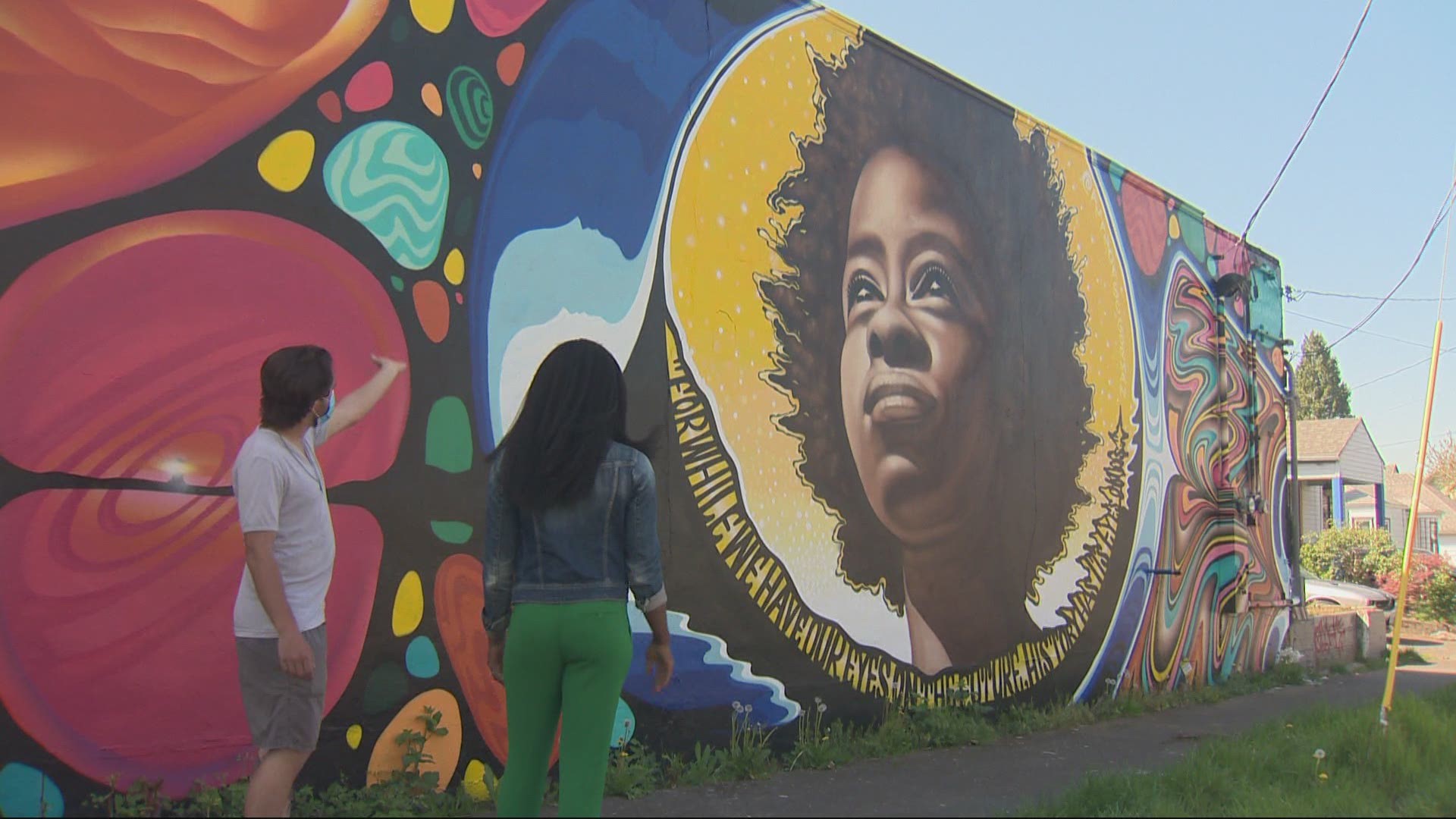 The artist who goes by the name Campo is a muralist who grew up painting graffiti.

"I kind of just transitioned out of that over the years to produce kind of higher quality works and things that would last longer," he said.

Campo's large works are already in many neighborhoods in the Portland area. For years, he has had his eye on the building at Northeast 15th and Killingsworth too.

The artist saw an opportunity. "This building has historically been tagged over frequently, and every time it gets painted over, kids come back and target again," explained Campo.

Another person from the neighborhood, Aisha Keita, was looking at the same building, seeing the possibilities as well -- a thrift store to help people get by during this tough pandemic. But the building looked rough. "I looked at it and I was like, 'There’s no way,'" said Keita.

Then Campo and Kieta's paths crossed and they decided to work together.

"I told her, you’re gonna have a really hard time fighting graffiti off this building, so let’s see what we can do to shift the perception of this space in the neighborhood and really show that it’s being activated and utilized,'" said Campo.

He offered to paint murals all over the building and launched a Gofundme page to support the project. He raised more than $2,600. "There’s about 3,000 square feet on these walls and it took every penny of that to be able to cover all of that paint," he said.

But what would the mural depict?

Young poet Amanda Gorman recited "The Hill We Climb" during the inauguration of President Joe Biden. Like so many people around the world, Keita heard those powerful words and they inspired her. “I would listen to it every night and every day before I would come to this store, and it motivated me to work harder," said Keita.

She suggested to Campo they add the poet’s name to the mural. Campo thought they could do more. "We’re not just going to paint her name," he said. "We’re going to do a whole tribute to her."

Campo started the mural in March and it took about three weeks to complete. Thirteen other artists came together to help paint while Campo worked on the portrait of Gorman.

The result is art created by a community with a purpose, brightening one corner of Northeast Portland.