GiGi's is a nonprofit chain of centers for people with Down syndrome; the mothers hope to raise enough for a spring 2022 opening. 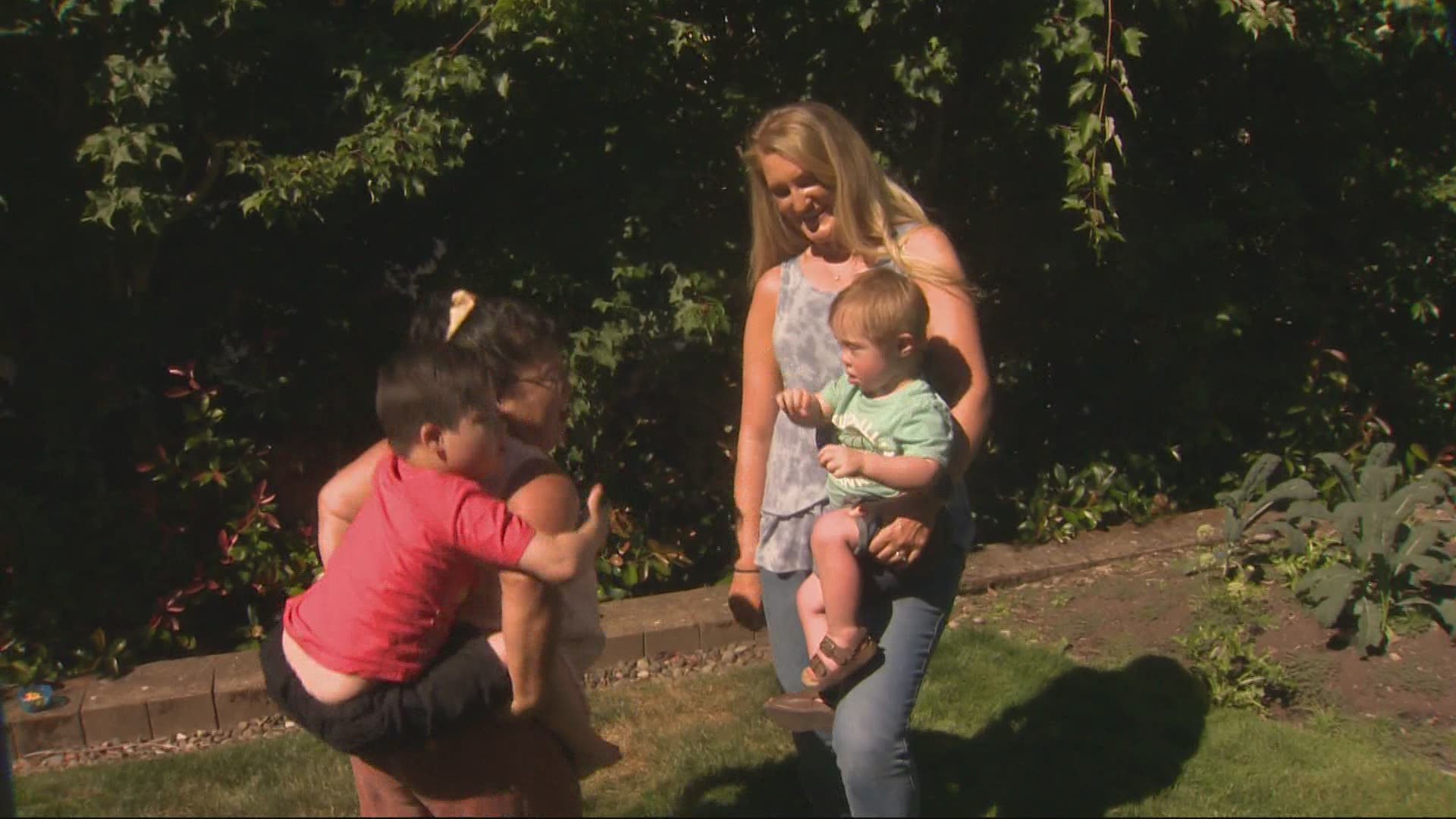 PORTLAND, Ore. — Justine Hively lights up when she talks about her son Everett.

"Being his mom has opened up my eyes,” she said. “I am so much more accepting to anybody -- race, sexual orientation, ability."

The two-and-a-half-year-old has Down syndrome.

"I just want Everett to live his best life,” she said.

Everett's friend Thomas is 9 years old. His mom, Krystal Watts, was initially devastated by Thomas’ Down syndrome diagnosis, but she has grown to embrace it. "There's hope and there's life after diagnosis,” she said.

The two Portland-area women are on a mission to change the way people view Down syndrome.

To bring awareness and acceptance to the community, they've joined forces to bring a Gigi’s Playhouse to the Portland area.

GiGi’s Playhouse is a center that provides free therapeutic and educational services for people of all ages with Down syndrome. Founded in 2003, the nonprofit operates more than 50 achievement centers across the United States.

According to the GiGi’s website, a Portland location was expected to open this year. The mothers said the revised goal is spring 2022.

The two mothers are using a Facebook page as a silent auction platform — auctioning items such as a signed Damian Lillard basketball jersey.

They also hosted a fundraising golf tournament on Monday at the Oregon Golf Club in West Linn. It sold out.

Among other things, GiGi’s aims to explode negative stereotypes about people with Down syndrome.

Justine and Kristal want that too. They said people often have views about people with Down syndrome that are simply not true.

"One is that they can't learn, they are disabled,” Justine said. “He (my son) is definitely able.”

"They learn differently, they learn at a different pace, but they can learn,” Kristal said.

The Portland GiGi’s would meet the needs of different age groups, including offering a program that teaches parents and young children basic sign language and other forms of communication.

It’s not just about their children, the mothers said. It’s about 4,000 to 6,000 people in Oregon they estimate face the same needs.

“For us to have a GiGi’s in Portland is so important, because there are so many individuals out there that need the services but can't afford them or have a hard time accessing them,” Kristal said.