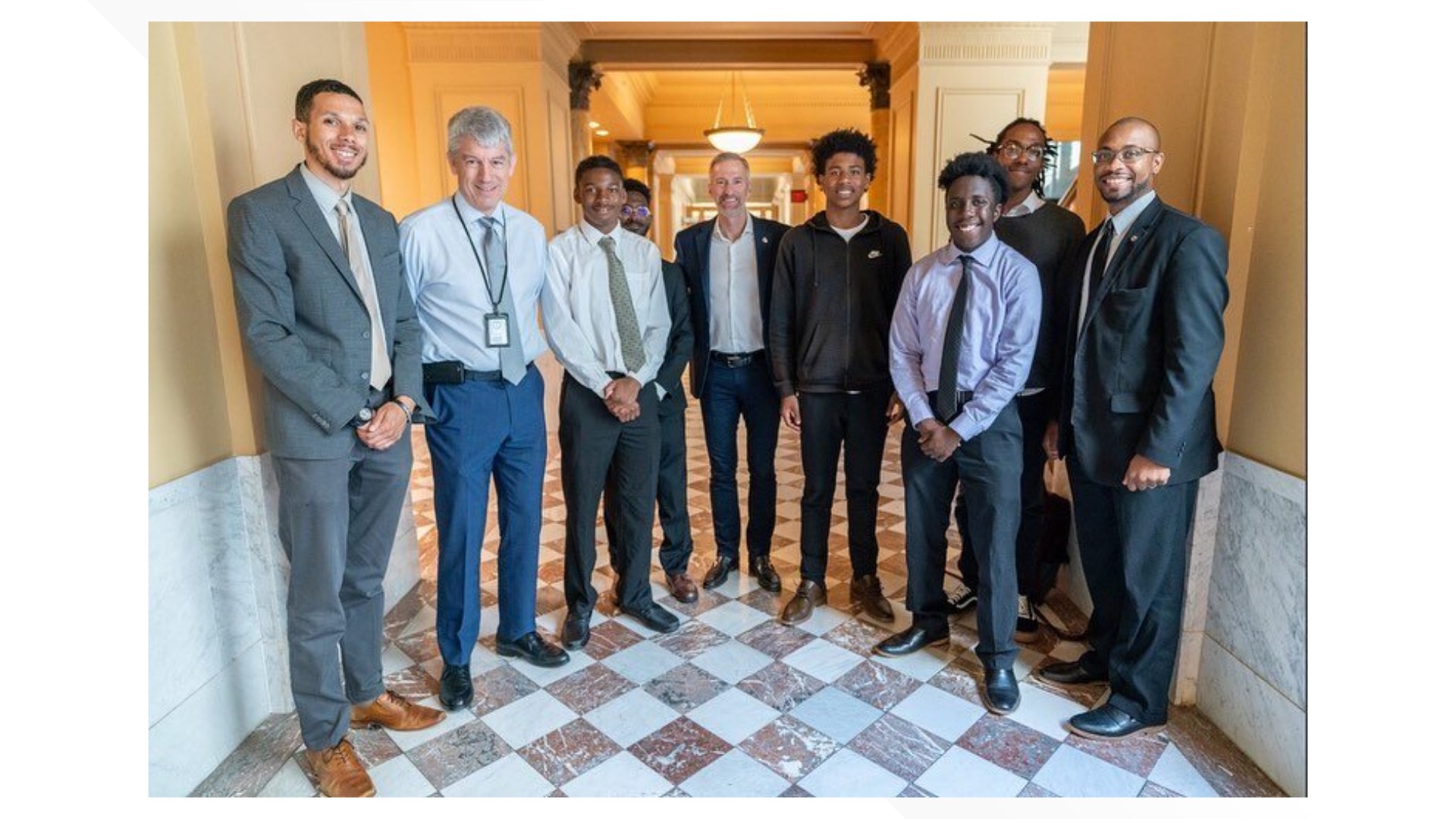 PORTLAND, Ore — Since 2017, Word is Bond has been working to rewrite the narrative between young black men and law enforcement officers.

Through critical dialogue, professional development activities and practical "know your rights" training, members of the Portland nonprofit work with law enforcement officers to build important leadership skills and ultimately, an appreciation for their different life experiences.

Executive Director of Word is Bond, Lakayana Drury, says the idea was born out of interactions between law enforcement and young black men that far too often have deadly consequences.

Retired Portland police officer and Word is Bond board member Vince Elmore discusses the organization and its impact:

The organization's flagship Rising Leaders program is a six-week paid summer internship for young black men. Over the course of the program, members take part in an intensive workshop series, sharing their life stories with police officers and getting to know them on a personal level. But building that trust takes time.

"They come in really just getting to know each other on a human level, who are you and what is your story? And slowly building towards those tougher conversations about mistrust, about police violence," Drury said.

Drury says the goal of the program is not to convince young black men that not all police officers are bad. Rather, it's about recognizing the different life experiences between the two groups and learning to appreciate those differences.

"The goal of the program is to elevate [young black men's] experiences and know that what they are feeling is not wrong and then use that to empower other people and see the larger context of law enforcement and the justice system as a whole," Drury said.

Word is Bond currently partners with six local law enforcement agencies, the Portland Police Bureau being the largest. Drury says that through the program police officers often start to recognize and address internal challenges within themselves.

At the core of Drury's mission is an emphasis on long-term solutions. Retired Portland police officer and Word is Bond board member Vince Elmore shares that approach.

“This is not going to be happening over a short period of time. It’s not a four-hour class where you have learned about restorative justice, racism, inclusion, and you get a certificate, it doesn’t work like that,” Elmore said.

That's one of the reasons the program practices real-life scenarios, so participants can become change agents for others in their community. Rising Leaders learn their rights and how to de-escalate situations like a traffic stop or an erroneous shoplifting accusation.

Elmore hopes that these practical lessons that teach young black men their rights, in tandem with difficult ongoing conversations, can be the beginning of long-term positive change.

This summer's Rising Leaders program kicks off with a virtual fundraising event on Thursday, June 18th at 5pm.

You can learn more about Word is Bond and all of their programs on Word is Bond's website.