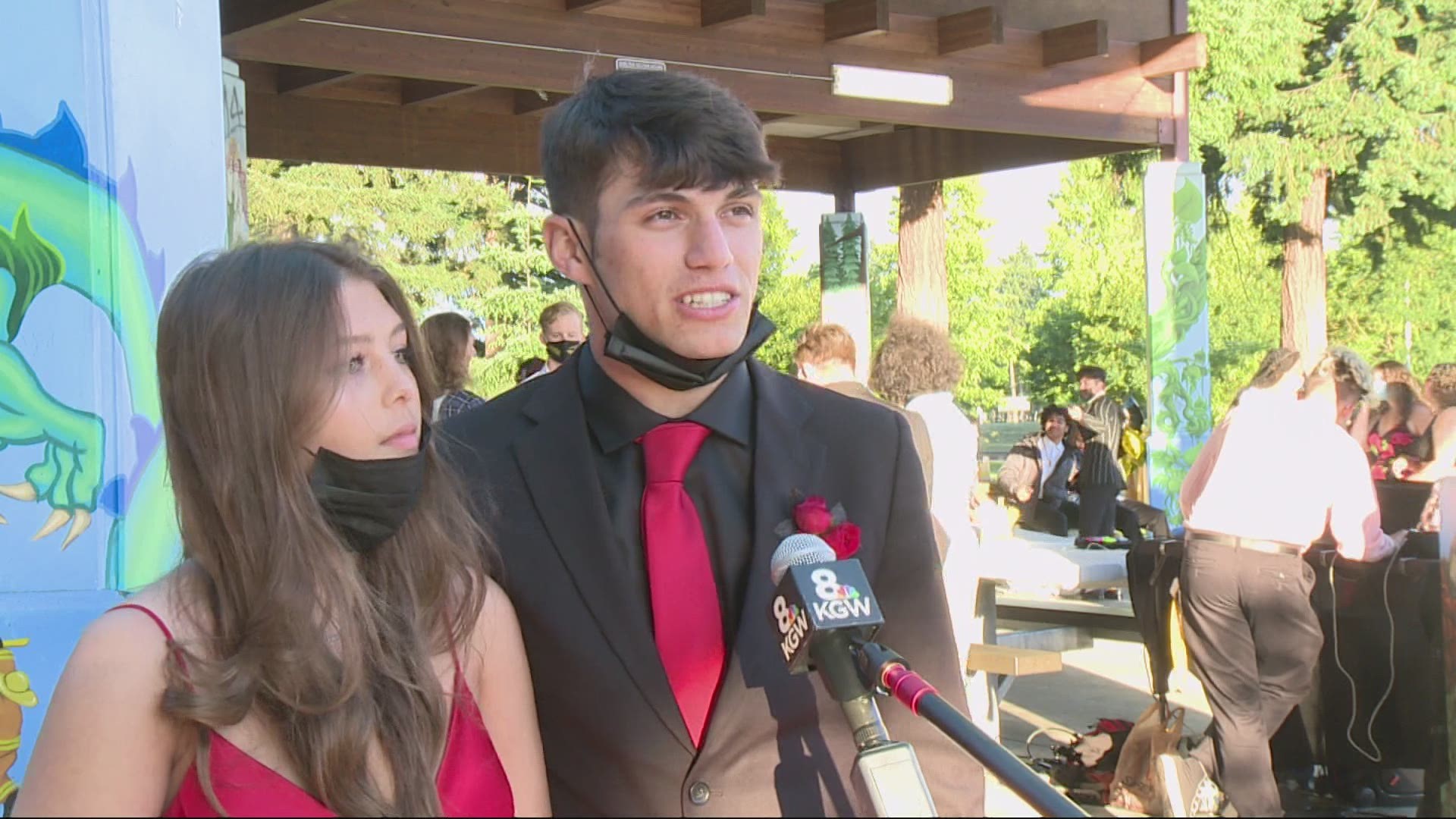 It was their junior senior prom.

Cymany O'Brien’s son is a senior at the school. She helped organize the event. In the face of the pandemic she and other parents wanted to do something their children would remember.

“We wanted them to be able to kind of capture some more memories as they close out the school year and have this special night and see them dressed up,” said O’Brien.

Many of the students arrived in gowns and suits, the girls wearing corsages on their wrists as they would at any prom.

A photographer took pictures and a student DJ played the music. Local businesses helped put together a dessert bar.

This is the kind of event the students were craving, especially as there was no official prom at Hudson's Bay this year.

It turned into just the kind of event parents had hoped for and the teenagers wanted, a way for them to have a happy memory in this challenging time.