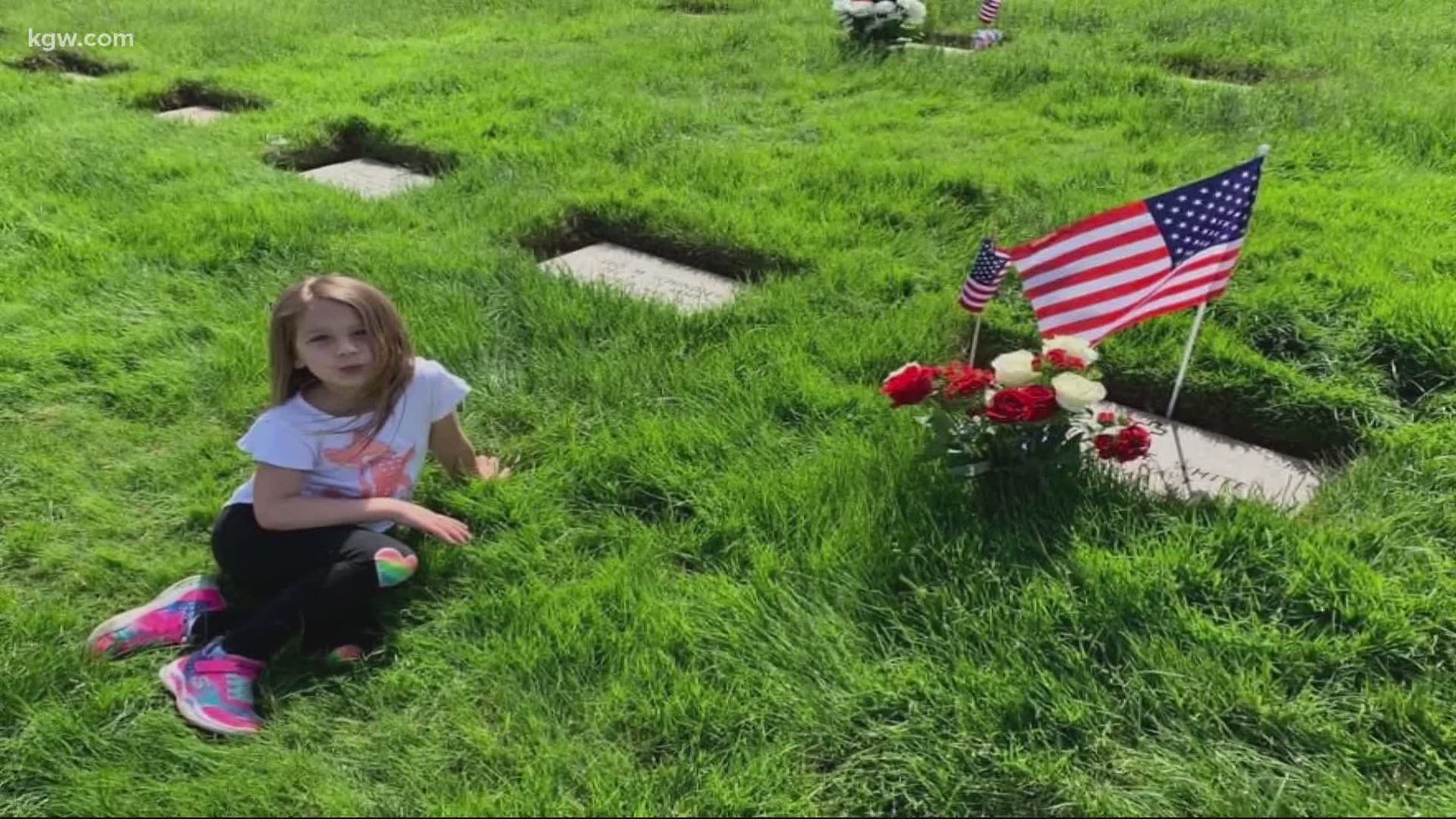 HAPPY VALLEY, Ore. — The Stewart family from Happy Valley spent part of their weekend placing flags on the graves of service members in honor of Memorial Day.

“I kept seeing reports on the internet about how they were cancelling the flag planting across the country at all the national cemeteries,” said Chris Stewart.

Traditionally, the Boy Scouts place nearly 140,000 flags at Willamette National Cemetery each Memorial Day, but that practice was canceled this year due to COVID-19 concerns.

That’s when Stewart came up with an idea. He and his family would gather as many flags as they could, and place them themselves.

“I thought it was important that flags were planted in honor of our fallen heroes and all veterans, so I decided to post something on Facebook,” he said.

The response was huge. People offered to donate their time to help the family and a local veteran-owned company, Seabee Construction, donated 2,400 flags to the cause.

By the end of the day, the group was able to place around 3,000 flags. The good deed was especially meaningful for Stewart’s oldest daughter, Caitlyn, who is about to enlist in the Air Force.

“I felt really good. I loved putting smiles on people's faces all day,” she said.

Stewart said he and his family were honored to place the flags, and hopes people remember the true meaning of Memorial Day.

"It's important that people remember Memorial Day isn't just a holiday to barbecue," he said. "There is a reason to the holiday, and it's to be respected. That's something I really want to pass on to my children. I think it's important."

RELATED: 8 things to do this Memorial Day weekend while social distancing