'Even the crows seem a little quieter': A bridge operator's view of Portland during a pandemic

Multnomah County’s lead bridge operator offers a thought-provoking perspective of her city during a pandemic, seen from 30 feet above it. 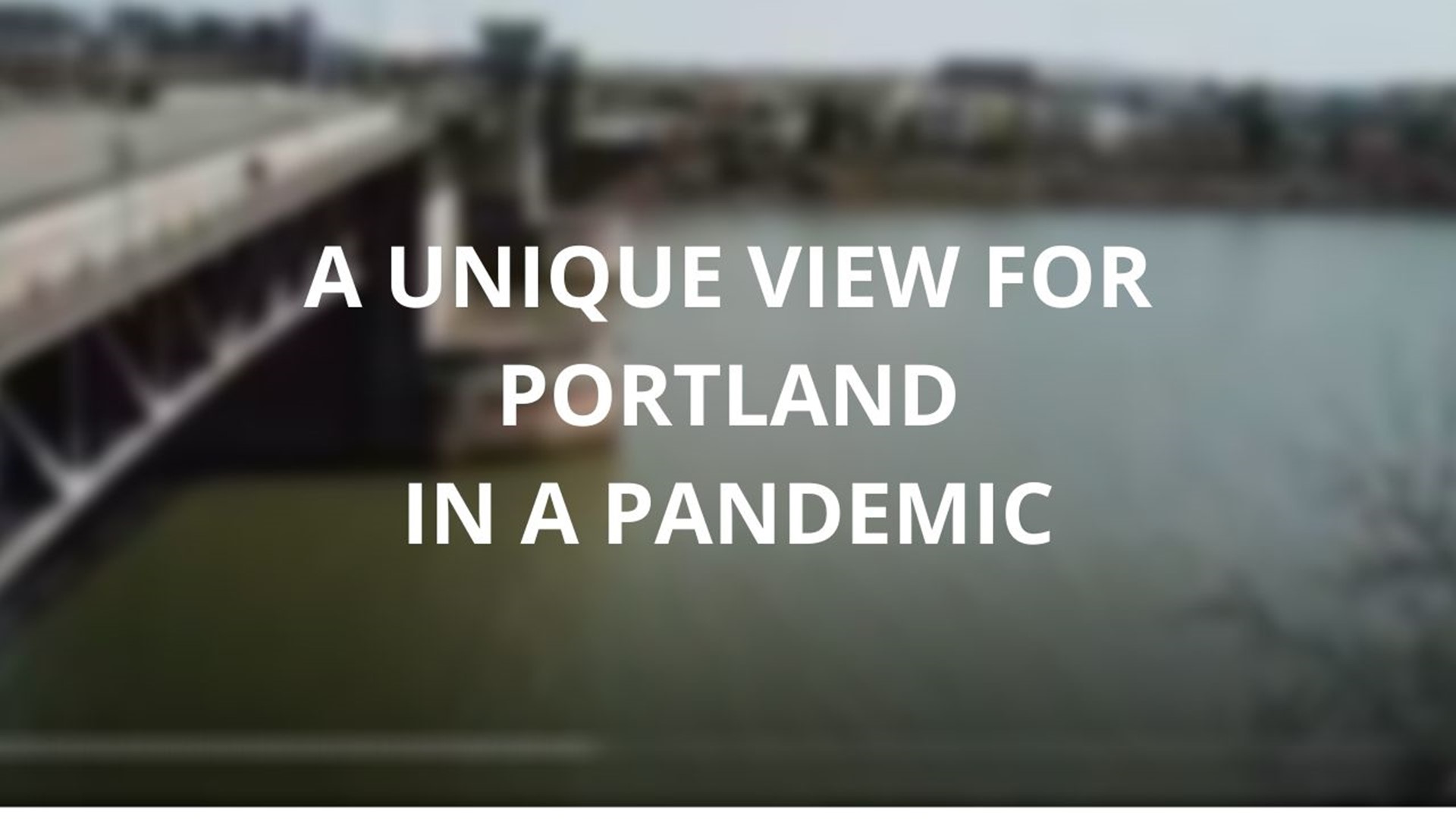 PORTLAND, Ore. — Portland’s bridges are an iconic part of the city. Not only do they give the city its distinctive look, but they also offer a unique view and perspective, especially during a pandemic.

Aysha Ghazoul has her finger on the pulse of the city, 30 feet above it.

“Being a bridge operator is pretty amazing,” she said.

Ghazoul has lived in Portland for a quarter century and now she takes it all in atop the Hawthorne and Morrison bridges as Multnomah County’s lead bridge operator.

She is giving the rest of us a glimpse through her own lens and now her own words.

“I don’t think I’ve ever worked a shift where I wasn’t taking a picture of something new,” she said.

A typical Portland day will bring hums and honks from drivers buzzing by below.

“On the Morrison, it’s just constant traffic because all those cars are heading off the freeway or onto the freeway,” she said.

Ghazoul can hear the spinning spokes of bikes and the gravelly crunch of a skateboard’s wheels against the concrete echoing across the Hawthorne Bridge.

“You hear it from one end, and it gets louder and louder as it comes past your tower,” she said.

Then, there are the voices; the laughs, tears, fighting, and mundane conversations as people from all walks of life cross the river from east to west and west to east.

“On the Hawthorne, you hear a lot of people, conversations, people walking by.”

And don’t forget about the crows, the thunderous clamoring of crows.

“And they are just having the loudest conversations and it’s wonderful to hear,” she said. That was Portland about a month ago. It looks and sound very different now.

“There are such distinct sounds that we’re so used to hearing,” Ghazoul said. “And yet there’s none of that now.”

The once bustling traffic is now less than a lull, few people seem to be walking over the bridge, and the river is still. There aren’t any barges or tugboats for her to let through.

She says the change is surreal, yet serene.

“Some people have told me this whole COVID-19 – it feels strange, it feels like a movie. And I get that part of it. But there’s something very comforting about not seeing people downtown, knowing everybody is at home taking care of each other,” she said.

Although she says she isn’t much of a writer, Ghazoul’s words have resonated with the city. She put her perspective to paper, or rather keyboard, and posted a personal essay to the county’s website.

“I decided I would just go ahead and start writing the piece and it flowed. It just came,” she said.

A unique view of the city during a pandemic
By Lead Bridge Operator Aysha Ghazoul During a pandemic, I cannot think of a better or safer job to have than being a Bridge Operator. We always work alone. The only communication you have with the outside world is through technology, and if you choose to chat with someone down on the roadway, they are at least 30 feet away from you.

She clues us in to the worldview she once knew and the one she sees at work now.

While everything around her, and all of us, is different, Ghazoul says her job has changed very little. It is a strange comparison that she finds solace in.

So, when you feel the unnerving quiet of a city that’s often booming, remember that’s not necessarily a bad thing, at least for right now.

It won’t last forever. And like Ghazoul, we hope those crows will be back to their deafening chatter soon.