Sylena, Aaron and Nimah Crews had run their business for two years to help them save for college; they're now trying to raise money for a new cart. 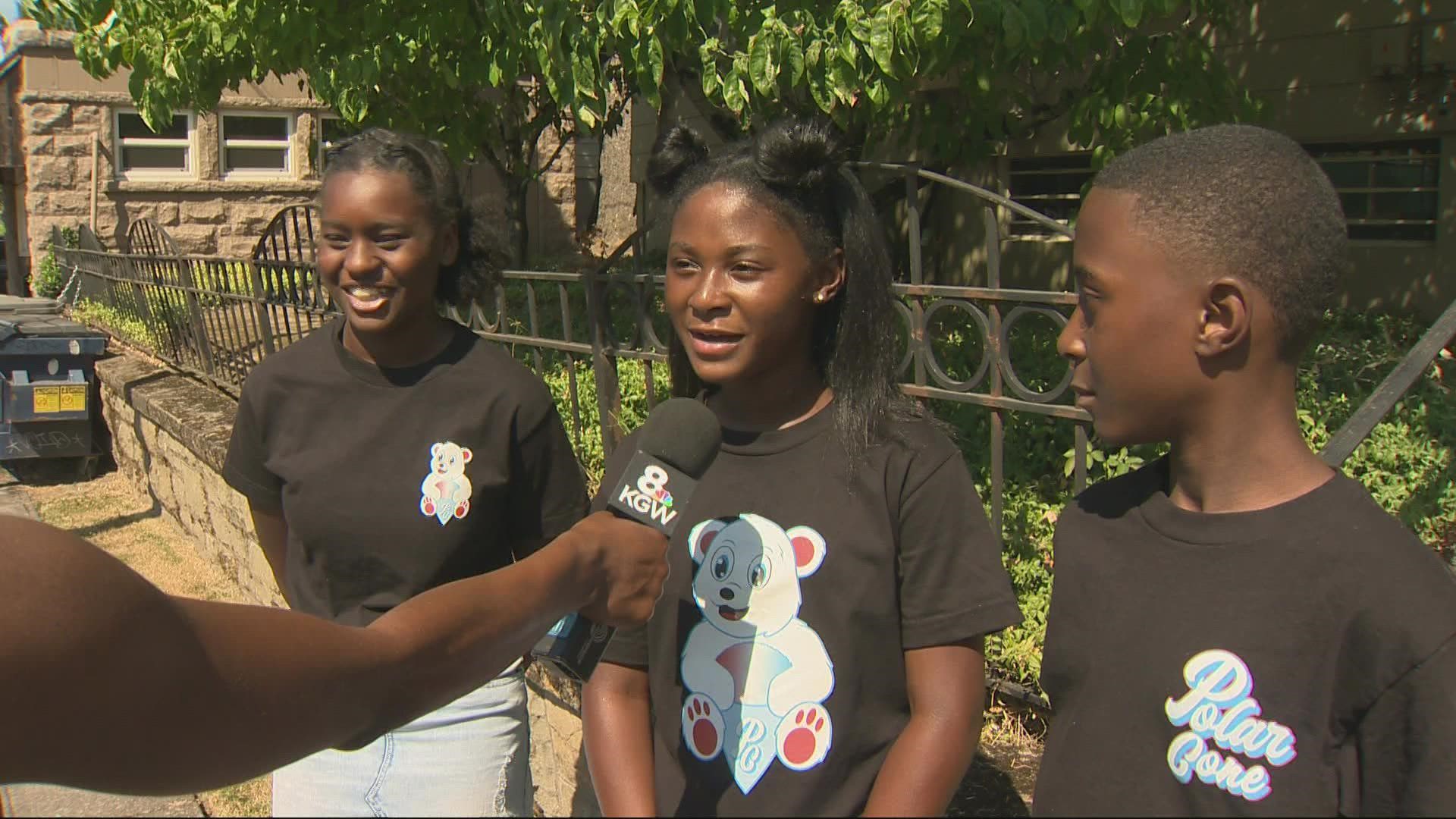 PORTLAND, Ore. — Hard work runs in the family. Sylena Kennedy, Aaron and Nimah Crews are just 13, 12 and 11 years old, but the siblings started a business together two years ago.

"We started as a smoothie business," Aaron said. "We saved our money to get a cart, we built it and we've been using it ever since."

The trio not only helped build the cart, but they also designed the logo for their up-and-coming snow cone business, Polar Cone.

They operated the cart on a street corner of Northeast Broadway and 16th Avenue in Portland, with the business next door in full support of their mission.

"We only had one goal in particular, to save money for our college fund," Aaron said.

The middle schoolers are putting in hard for their big dreams. Nimah wants to be a lawyer, Aaron an entrepreneur and Sylena a computer programmer.

But they recently suffered a setback. The wheel of the cart was broken so they couldn't move it to storage overnight like they usually do. They left it at the corner of Northeast Broadway and 16th Avenue and the next day when they came back, it was gone.

"I was surprised that somebody would do that," Sylena said. "We're selling snow cones to raise money for our college fund and someone just took it."

The cart was nowhere to be found in the neighborhood. The kids were crushed. But even though they were disappointed, they weren't defeated.

The siblings started a GoFundMe to raise $2,000. "Our hope is to raise enough money to buy and make a new cart so we can get back to business," they said.

No, these young entrepreneurs won't let this setback stand in their way. They are determined to see their hard work pay off.

RELATED: Portland brother and sister team up to give back to their community by building planter boxes