Commissioner Fai says she ran for office for the very first time because she saw a lack of diversity in leadership. Here's her vision for the future. 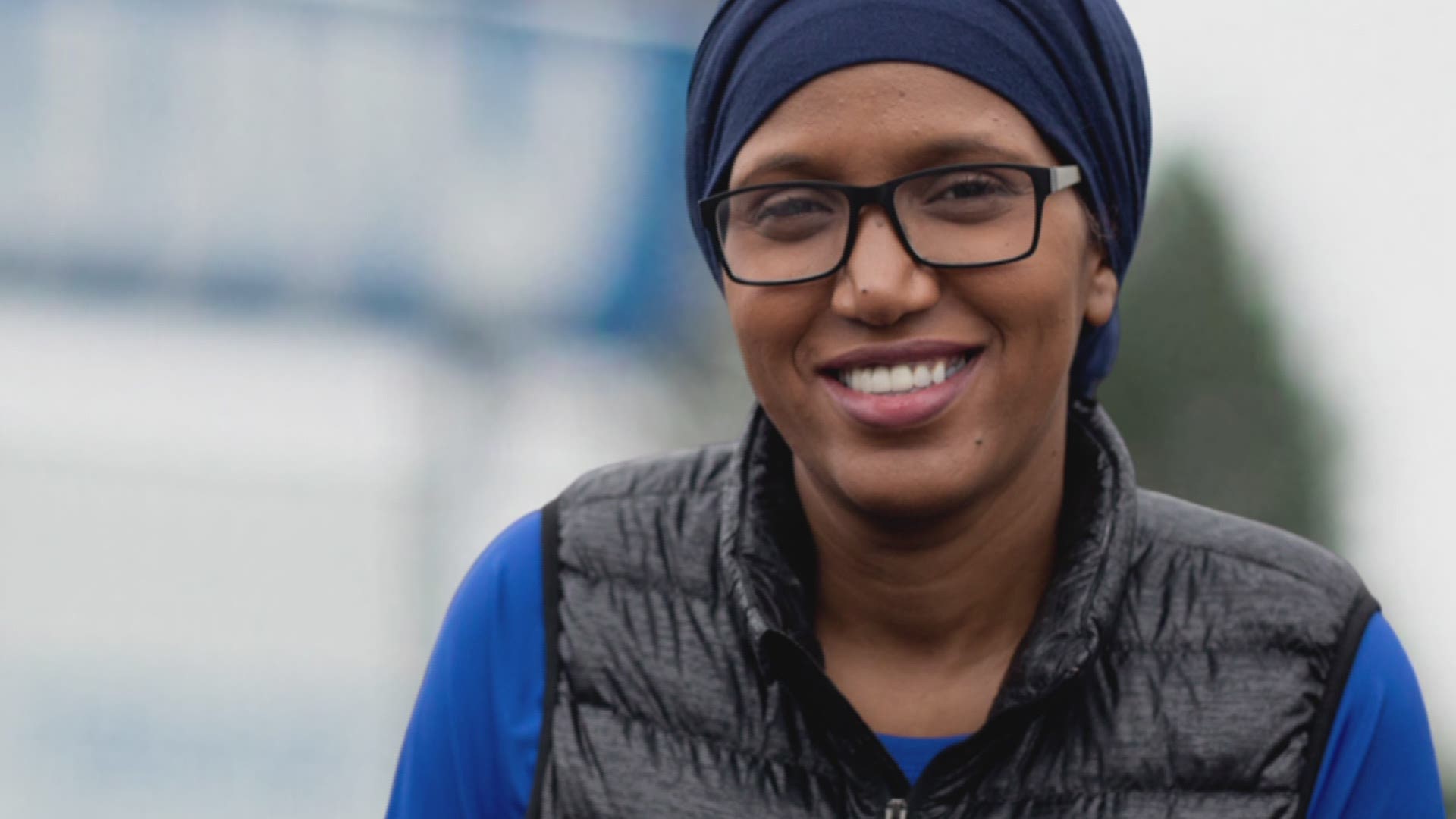 PORTLAND, Ore. — Here on KGW, in honor of Black History Month, we're saluting local people who are breaking barriers and inspiring their community.

We call them "Changemakers."

We've featured leaders in the nonprofit world and in business. And today, we're focusing on "Changemakers" in politics.

That certainly describes Nafisa Fai. She's the first black person and first Muslim elected to the Washington County Commission. She started her four-year term in January and it's a long way from the refugee camp she called home as a child.

"I was originally born in Somalia and a war broke out and we safely got to Kenya and we were refugees for about five years," she said.

RELATED: Changemakers: Meet the Portland recyclers tackling so much more than trash

From there, Nafisa came to Portland after a relative here sponsored her entire family. She laughed as she remembered her first impression.

"I definitely didn't hear America was cold," she said. "That I didn't hear because we came here with sandals. But I heard a lot of great things, you know."

Things like she could go to school and get her "dream" job, even though she didn't speak a word of English when she arrived. "It definitely made me stronger and made me be motivated to push myself," Fai said.

More importantly, she said moving to the U.S. gave her a sense of safety and signaled the beginning of her new life.

Today, that life includes representing constituents in Beaverton and Aloha. In November of 2020, she became the first black person and first Muslim elected to the Washington County Commission.

"The importance of my presence at the board level, it really centers on racial justice and economic justice," she said. Fai said she came from poverty and as a county commissioner will focus on "tackling the affordable housing crisis and addressing the root cause of poverty to level the playing field for everyone."

Fai acknowledged her heritage and religion are a "tough pill to swallow" for some people but this freshman lawmaker said she knows what her voters expect. "They didn't send me to learn for the next four years, they sent me to deliver immediate results for them and that's what I committed to do," she said.

Fai said she's also committed to doing more than just "celebrating" Black History. She's ready to roll up her sleeves and get to work "to do meaningful change that positively impacts the Black community. We have 28 days [in February], if we can make 28 policy changes in our region, it would really be a big win."

Fai has a big job ahead.

She calls herself a "consensus builder" and said she'll draw on those skills to move Washington County forward for everyone.