Wineries across the region are donating to help Simple Machine Winery make wine and rebuild. 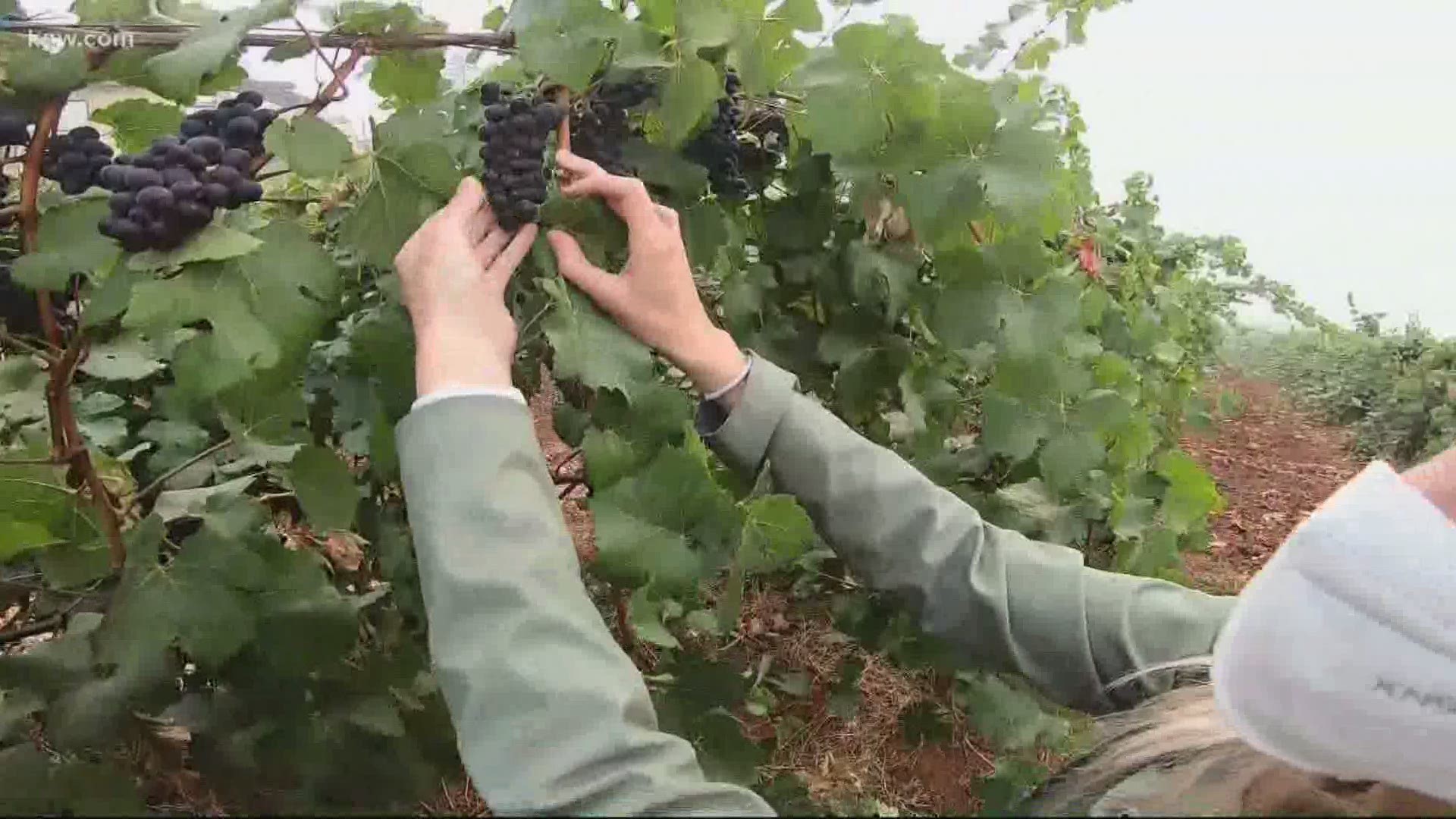 At Willamette Valley Vineyards in Turner, the smoky air is certainly top of mind.

That's why, these days, most of the operations happen inside. As crews bottle wine and clean out the cellars, winemakers assess the quality of the fruit.

The smoke has proved a bit of challenge for the vineyard, but folks there know they're lucky.

But Clair knows her friends down south were not nearly as lucky. Brian Denner and Clea Arthur lost their winery and all their grapes when the Almeda fire swept through Talent last week.

"It was worse than I ever imagined because... minutes later we were frantically evacuating with our neighbors and tenants who live in our house," Denner said. "People were just running for their lives, literally, and leaving stuff behind."

There's not much left of Simple Machine Winery and much of the town.

"It's just ashes and foundations and it's not just one or two, it's blocks and blocks and miles of homes," said Arthur.

They thought all was lost until fellow winegrowers near and far starting donating space, equipment and lots of grapes.

"Within 48 hours were like OK we're going to make wine this year," said Arthur.

"Providing fruit to a friend is something we can do and it allows them to keep going," said Clair. "We're planning on donating a ton of Pinot Noir and Chardonnay."

That's equivalent to 130 cases of wine that people are already pre-purchasing on the winery's website.

"This whole process, it's obviously tragic but it's also brought together the community in a way that's really, really inspiring," Arthur said.

Denner added, "With their help, we're on the path to bouncing back."