The money will go to Black Portlanders who need help with things like rent, food and medical bills. 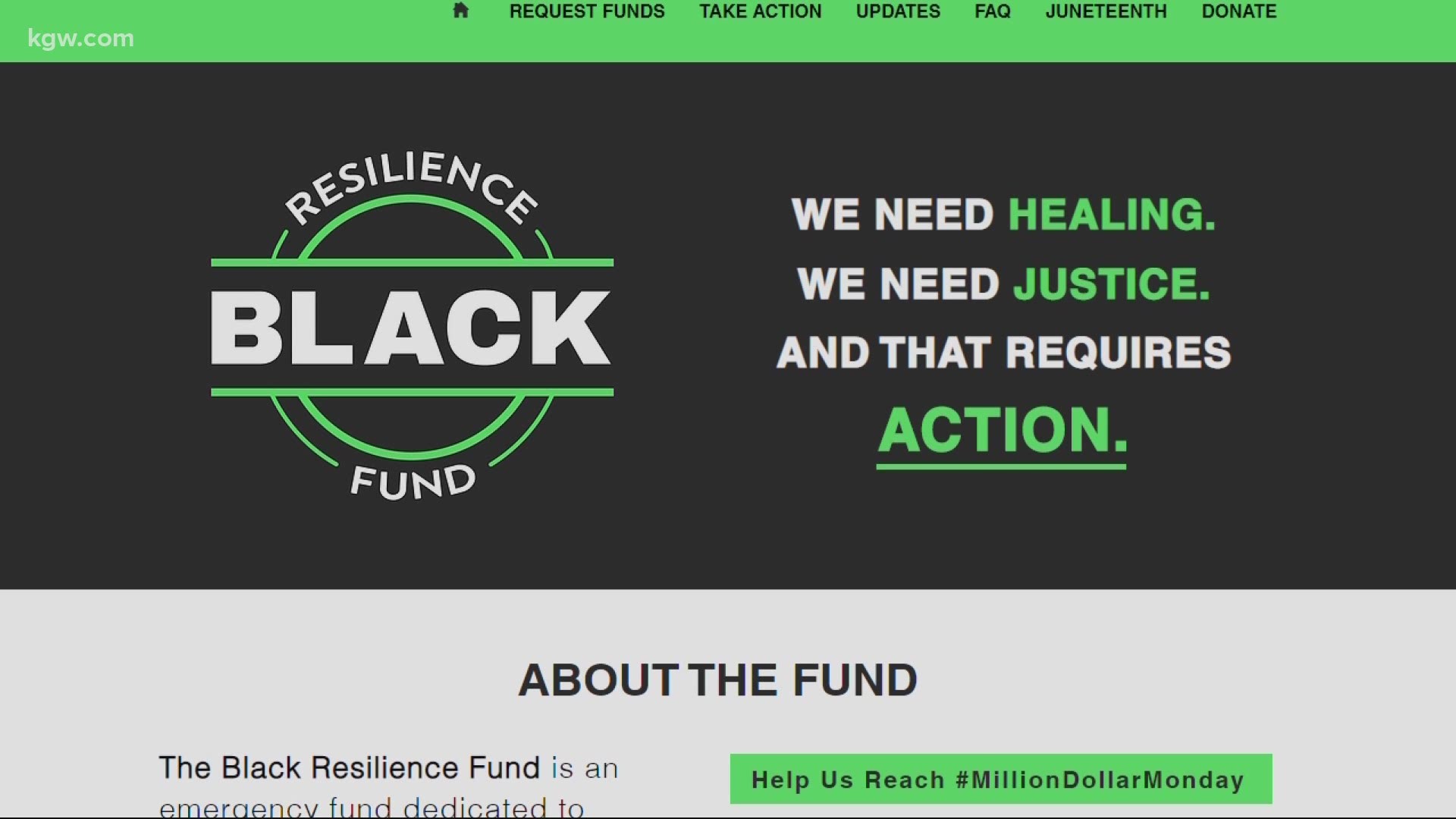 PORTLAND, Ore. — When Cameron Whitten came up with the idea for the Black Resilience Fund, he was hoping it would get solid support from the Portland community. He never imagined it would take off like it did.

On Monday, the fund went over the $1 million mark in donations.

“When I started this fund, I didn't start it with any inkling we'd raise $1 million. Or that we would build a team of over 300 volunteers to provide real mutual aid for people,” said Whitten.

It's an emergency fund that provides immediate resources to Black Portlanders. The fund has received thousands of requests. They’ve used more than $200,000 to fund those in need, helping with things like rent, medical costs and food.

The donations come from individuals and from businesses like Great Notion Brewing. It's one of more than two dozen Oregon breweries to take part in an initiative called Black is Beautiful. Brewers are asked to brew a special beer. A Black brewer in Texas started this effort to raise awareness to the injustices people of color face daily.

“Black is Beautiful is awesome,” said Paul Reiter of Great Notion Brewing “It really spoke to us. We decided to brew an imperial stout with chocolate and marshmallows. It comes out next week. People can buy it on our app with 100% of the profits going to the awesome Black Resilience Fund.”

What started as a social media post has grown into a major fundraiser that will help thousands of Portlanders in need.

“The Black Resilience Fund is the Portland community showing up, saying we do believe Black Lives Matter and we are going to be here for our neighbors," Whitten said.

RELATED: Moving forward by turning to the past: Oregon Historical Quarterly takes a deep dive into Oregon’s white supremacist roots