How to support Oregon breweries during American Craft Beer Week

May 11-17 is American Craft Beer Week. Ex Novo and Public Coast are just two of the many craft breweries in Oregon, and they're working very hard during the pandemic 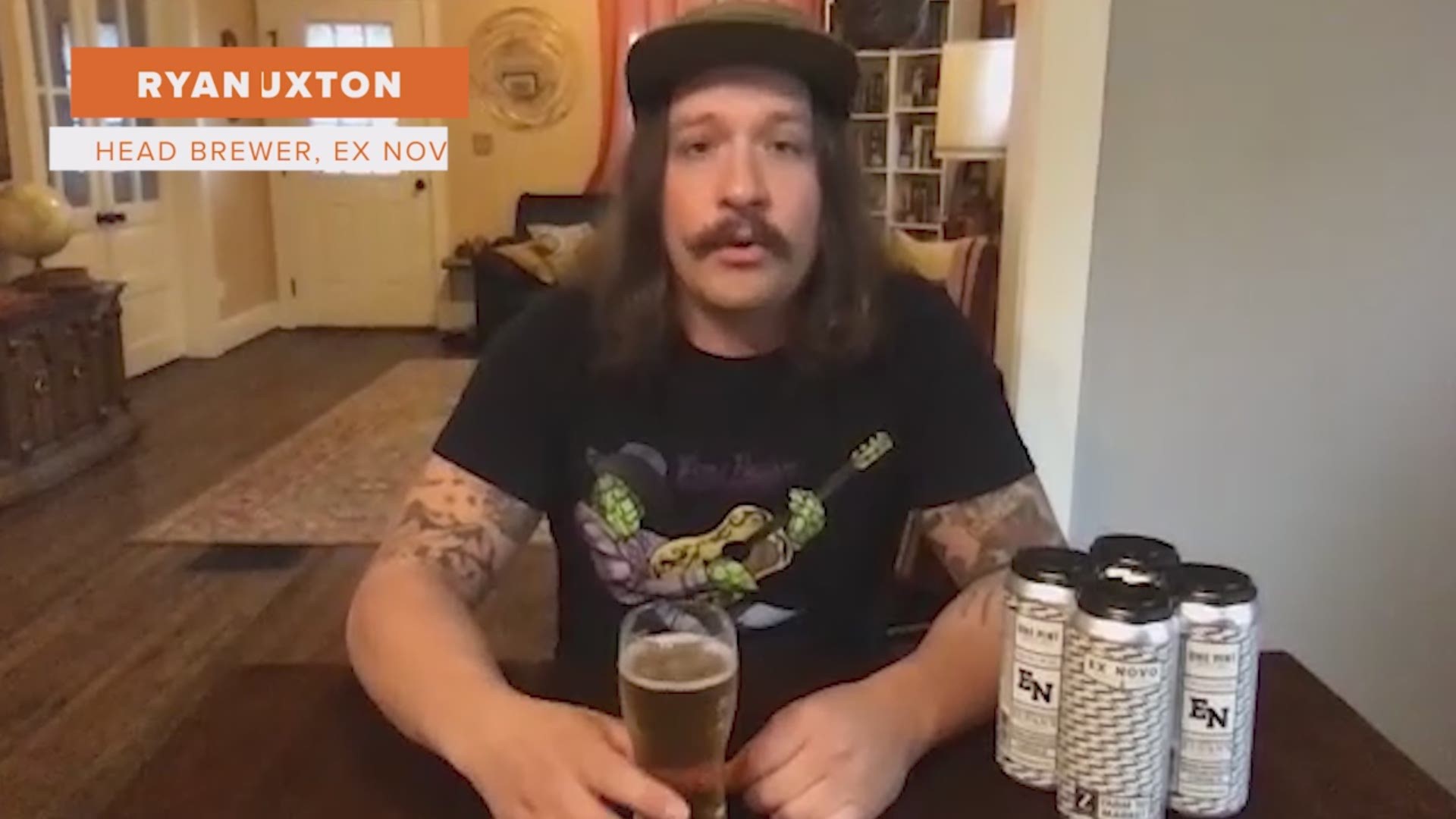 PORTLAND, Ore. — It's American Craft Beer Week! Just another time to celebrate beer in Oregon (and the rest of the country, I guess).

"It's huge. It's spearheaded by the Brewers Association," said Ryan Buxton, Head Brewer at Ex Novo Brewing in North Portland. "Craft breweries unite around the country to celebrate the movement that has been happening for the last 30-40 years, but really taken off I'd say in the last 10-20 years."

There are over 8,000 craft breweries in America, and, lucky for us Oregonians, there are hundreds right here in our state. And this is the week to celebrate all of them.

"It's neat to have a day just to remind people of all the good craft beer that's around," said Will Leroux, Brewmaster at Public Coast Brewing in Cannon Beach. "Every city around has a brewery, and all of them, it's just amazing the quality we have in Oregon. To be able to celebrate that and be reminded of that is pretty neat."

It really is amazing, when you think about how many good beers are made around the state.

"I've been in this industry for coming up on a decade now," said Buxton. "And I just think that it's a really unique ideology and mindset for those of us who are passionate about brewing. About different hop varieties or different breweries, barrel-aged beers. There's so many unique varieties and styles of brewing. Craft beer has just become kind of this community."

And clearly, it's a community that doesn't just disappear (or stop drinking beer) during a global pandemic.

"People have been incredibly supportive. We were hopeful that people would continue to support us as much as they are able to, and we've seen a lot of support."

And the brewers haven't disappeared either, or even slowed down much at all (maybe that's because beer consumption hasn't slowed down either?). At Ex Novo and Public Coast, the brewers are still showing up at the office - safely and socially distant - to brew up fan favorites and new flavors.

"We've slowed down a little bit," said Leroux. "We'd like to be making more, but we've actually had enough draw and attention that we'd like to make sure that people are getting the beer they need for the pandemic, to help them get through the pandemic."

And for small craft breweries, it takes a lot of work to make that beer.

"All these batches are hand done. So you know, we're lifting every bag of grain, and if there's two of us back there in the brewery, we're doing the brewing ourselves. So these are like our children, we're raising these beers almost, so it's neat to see people enjoy them," said Leroux. "All of them are hand cared for, let's put it that way."

During the pandemic, extra care goes into bringing beer to the people. For many breweries, that involves new delivery or curbside pickup options. Craft brewers are also hoping consumers seek out their local favorites in the grocery store as well, since they can't visit the breweries in person right now.

"All of us are struggling with everything that's going on right now," said Leroux. "So support your local guys."

"I think it's about rising up and supporting our community of Portland," said Buxton. "Consciously buying and spending your dollars so that they stay in your community, and that they're supporting and sustaining the businesses and industries that have been there. And, you know, we do a lot of outreach to our community, so anything people are able to offer us in return. Plus it's like really fresh, pretty tasty beer."

Tasty beer that's continuing to be released during the pandemic. Like Ex Novo's Farm to Market beer, brewed in collaboration with Zupan's Markets. It comes out this Saturday, May 16, and you can drink a beer brewed with a grocery store.

"It's an Imperial IPA that we used one single hop in, to showcase that hop," said Buxton of Ex Novo. "The aroma and flavor I think are akin to Tutti Frutti or Fruit Loops cereal, kind of that really nice, kind of sweet, fruity aroma."

Public Coast has been working on some new sour beers for people to enjoy at home.

"I come from the culinary world, so I like to add a little bit of different-ness to some of our beers. We have our Blackjack Bumbleberry Sour Stout - say that three times. It's a soured stout that has three different berries in it, really jammy and nice and it's almost like a chocolate covered sour berry."

Now, KGW has done many stories about how you should not head to the coast during the pandemic. However, if you do live in Cannon Beach, you can support your local brewers while supporting the community as well.

"Locally, we're doing Crowlers for a Cause. We're selling crowlers of our Blonde and our Hazy IPA for $6, and every other beer is $7 a crowler," said Leroux of Public Coast. "It's for a cause too, so $1 of that goes to the local food bank as well, to kind of help some of the people that are less fortunate in the area."

But whether you live down the street or across the state from your favorite brewery, you can support your local craft brewers while social distancing.

If you want to get some new beer - safely - during the pandemic, the Oregon Craft Beer website has a full list of all the breweries across the state offering pickup and/or delivery right now.

"I just want to say cheers, cheers to everybody. Let's get through this a drink lots of beer!" said Leroux. "We celebrate Craft Beer Week every day, we really do."

And you really can celebrate beer any day you want (I won't tell anyone). But if you want to celebrate this specific holiday, National Craft Beer Week is May 11-17.

Watch the video to learn more about craft brewing during a pandemic. 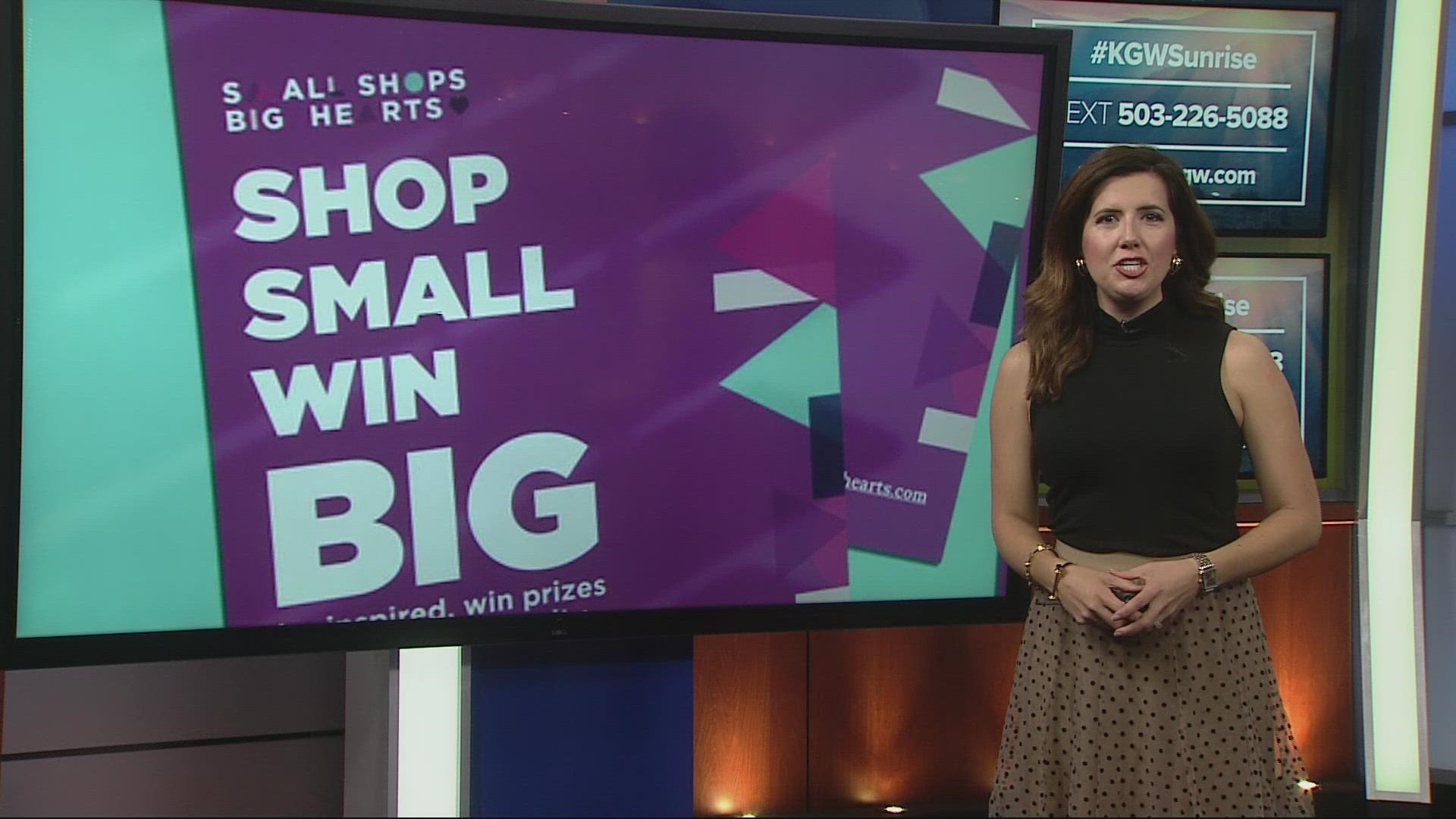 Here's the best way to support Portland's small businesses (and get a discount & raffle prizes!)