Community looks back at the Eagle Creek Fire, one year later

A year later residents look back at the destruction caused by the Eagle Creek River and look toward ways to better prepare for fire emergencies. 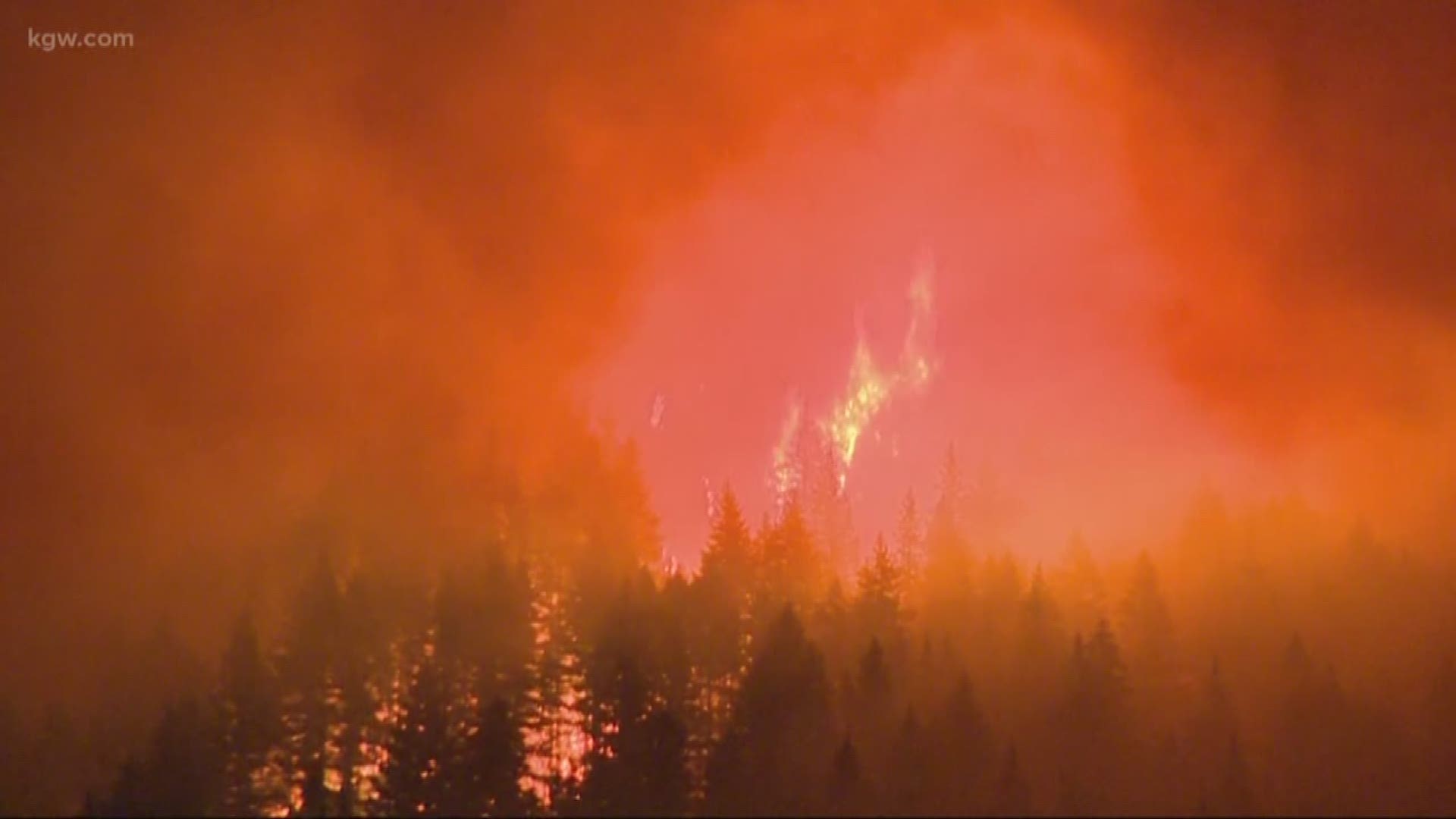 HOOD RIVER, Ore. — One year ago this Sunday, a careless act sparked a fire that forever changed the landscape of the Columbia River Gorge.

The fire began on September 2, but before it was contained, the Eagle Creek Fire burned for three months, torched 50,000 acres of trees, trails, and trade in the Gorge.

“We want to honor how our Gorge residents came together in response to the Eagle Creek Fire and really supported one another,” Michael Lang, Conservation Director for Friends of the Columbia Gorge said.

On Thursday evening, Lang and other community members gathered in Hood River to look back on the devastation the fire caused. That included a weeks-long closure of I-84 between Portland and the Gorge, as falling trees and boulders fell on the interstate.

Besides looking back, guests also looked critically at the future.

“There's a new paradigm for climate change, increased intensity, and frequency of fires,” Lang said. “We have to plan for the future to be better prepared.”

For forest workers, that means a lot of labor and research. It also means convincing people living next to wildland to live within the context of their surroundings.

“Every homeowner who lives in the forest also has some work to do,” Dana Skelly, Regional Fuels Program Manager for the U.S. Forest Service said. “That would help them be more successful and less stressed when the fires come because it's not a question of if, it's a question of when.”

Skelly said more than ever it also means obeying the rules.

A 15-year-old boy started the Eagle Creek Fire by throwing a lit firework into the Eagle Creek Canyon. Fireworks have always illegal on federal public lands, and right now campfires are banned in both state parks and on federal lands.

As temperatures slowly drop and repairs in the Gorge fire scar continue, there is hope of a lesson learned.

“So we don't do something by mistake that everybody comes to regret,” Skelly said.

Friends of the Columbia Gorge will host a second retrospective forum about the Eagle Creek Fire in Portland at OMSI on September 12 at 6 p.m.